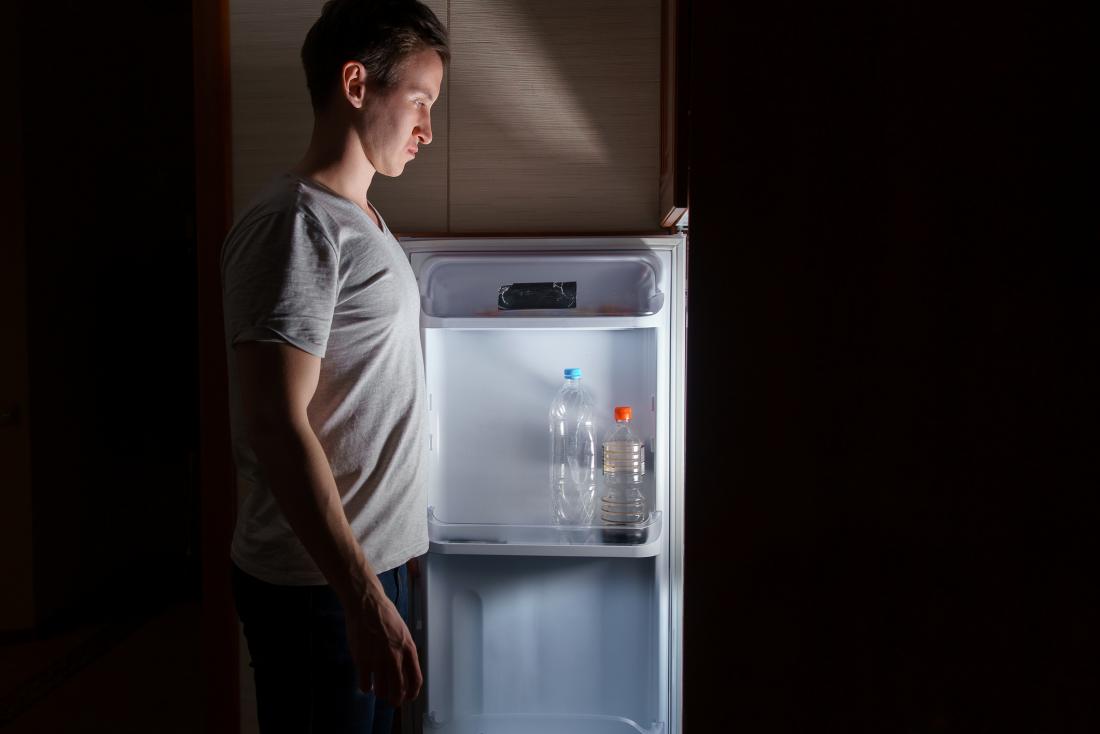 A recent study looks again at meal times and obesity.

As adult obesity rates in the United States continue to rise, finding ways to curb the growth is more urgent than ever.

Of course, scientists are investigating a range of options, from surgery and medication to diet plans and psychological interventions.

Some scientists are becoming increasingly interested in how altering what time we eat our food might play a part.

If changing our eating patterns could have even a small effect, it is worth understanding. Sticking to a restrictive, calorie-controlled diet is challenging, but eating at a different time of the day might be more easy to achieve.

The question is, does eating later in the day really make a difference? A recent experiment by scientists at the University of Colorado in Denver uses in-depth personal monitoring to gain fresh insight.

Some earlier work has identified a pattern between eating later and increased weight gain. For instance, the authors of a 2011 study concluded that “caloric intake after 8:00 p.m. may increase the risk of obesity.”

However, it is not clear whether individuals who eat later in the day might, consequently, have less sleep overall. This factor is important because experts also believe that sleeping less may play a part in obesity.

The lead author of the latest investigation, Dr. Adnin Zaman, explains that “few studies have assessed both meal and sleep timing in adults with obesity, and it is not clear whether eating later in the day is associated with shorter sleep duration or higher body fat.”

The researchers presented their findings at the ENDO 2019 conference, which took place in New Orleans, LA.

The scientists recruited 31 adults with an average age of 36 years who were overweight or had obesity. To capture as much relevant information as possible, the scientists assessed the participants’ sleep, levels of activity, and diet.

Each participant wore an Actiwatch that monitored their sleep-wake cycles. They also wore an activPAL electronic device on their thigh, which measured how much time they spent both doing physical activity and being sedentary.

The participants kept track of what they ate using a phone app called MealLogger. Using the app, they photographed each meal and snack that they consumed, which provided the time of day that they ate it. The researchers used a continuous glucose monitor to verify dietary intake.

The analysis showed that, on average, the participants ate their food during an 11-hour window and had 7 hours of sleep each night.

“We used a novel set of methods to show that individuals with overweight and obesity may be eating later into the day.”

This preliminary trial is part of an ongoing project to look at these interactions in more detail.

Read More:  How to weight loss by home remedies

Dr. Zaman notes, “These findings support our overall study, which will look at whether restricting the eating window to earlier on in the day will lower obesity risk.”

Experiments such as this one are only possible now due to the prevalence of modern technology in our lives. Dr. Zaman explains, “Given that wearable activity monitors and smartphones are now ubiquitous in our modern society, it may soon be possible to consider the timing of behaviors across 24 hours in how we approach the prevention and treatment of obesity.”

However, because this is a small-scale project of short duration, it is important to approach the findings with caution. It will be interesting to see the final results from the full study. The authors are also keen to run similar experiments with people who have a healthy body weight to see if there is a similar trend among this group.

As the current findings align with those of earlier investigations, the timing of meals may become an increasingly important focus in the study and treatment of obesity.