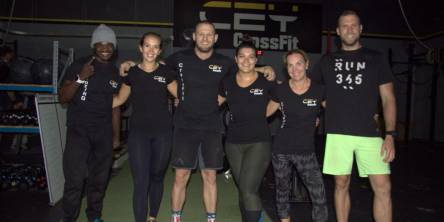 What defines health & fitness?  Most people would associate a person with a great sculpted physique to be of a healthy standard of fitness.

Fitness nowadays seems to be measured upon (a six-pack) (how many blocks of abs are showcased), or a minimum of subcutaneous fat around the waist or large visible defined muscles.

A desire to seek for perfect appearance and looks has created such a high demand for solutions and placed pressure on individuals seeking social acceptance, that opportunists in some areas of the medical and fitness industries have taken advantage of this to the extent that many people’s health being at risk, has led to the entire health & fitness industry’s integrity been questioned.

The result all is that only two goals are commonly targeted:

The 1980’s – 90’s saw the introduction of bodybuilding. Muscle-bound blokes, show boasting big triceps, veiny biceps, carved out abs or skinny models featuring on cover magazine covers, posters, in movies. These influences in the media set a new trend for people to achieve the ideal look to gain society’s approval.

The secret to these new profound looks seems to have been brought on by the use of trends such as free weight training, supplements such as protein shakes, fat burners etc. Single joint movements such as Bicep curls and unilateral movements such as chest presses and pull-ups were preached and endorsed by famous athletes who swore they were the key to their phenomenal physiques.

It didn’t take long before opportunist saw the gap in the market where these techniques could be replaced by seated fixed machines which looked like they were straight out of ‘Transformers’ or ‘The Terminator’. These machines were packaged and marketed so well that the market appeal increased even more.

This idea even led to the start of large, expensive built fitness centres which could host up to a thousand members at any given time, where hundreds of these machines could be fitted in and profits maximised (it looks good so it must be doing me good being the implicit mantra). Because of their scale, these clubs could offer cheap memberships of less than 10 dollars a month, would draw many thousands of people signing themselves into a 12-year contract. Inevitably 90 % plus of these memberships became nonactive due to people lacking motivation caused by the lack of progress or achieving desired results, which were promised to them by a salesman and falsely portrayed by the media.

Read More:  Why mediterranean diet is so healthy

It seems that the media, supplement companies and big gyms were more focused on profit than anything else. The actual, time effort and lifestyle sacrifices made by athletes really to achieve such phenomenal physiques and was not emphasised, whilst the effectiveness of the ‘quick-fix, fitness gimmick machines being sold to people were overstressed.

Most brands portrayed an image of a well defined, muscular person whereas in actual fact 99% of the time that specific supplement had very little to do with the outcome of the look of the athlete on the image it portrayed on the bottle or packet. Steroid and substance usage had to take most of the credit for that but exposing that truthful fact would cause too much controversy.

People have been led to believe that physique or outer appearance is of the highest importance when it comes to social acceptance, success, and fitness.
Not many people, especially of the remaining 80-90% sedentary members would ever be willing to go the the the extreme to take steroids in order to get “that perfect physique” and would rather opt for being at home on the couch.
This naturally had other adverse effects on insurance companies having to pay out as medical claims skyrocketed. Gym memberships started getting canceled one after the other and disputes started between member and gym owners.

‘Sign up with your local medical scheme, getting a free membership at your local gym’ was suppose to cure the low retention rate at gyms. Gyms started to be called “Health Clubs”, expensive new cardiovascular machines were a feature of these gyms as well as immaculate decor, state of the art changing room and many health & fitness classes. This took attention away from the muscle-bound skinny look.
Having a cup of coffee with a smoothie after your yoga session or chatting for hours with your highly expensive “qualified personal trainers” had never felt more convincing!
The studios were packed with new introductory classes like the pump, step, core, dance, yoga, Pilates, belly-dancing etc. There was a major increase in member retention.

Governments are also ‘stepping up’ by introducing the new ” food pyramid: where starch is set as the base of our nutrition and having sugar is regarded as …”OK” as long as you attend your local health club and get your points.

So basically society went from moving from one set of publicity (Protein shakes, egg whites and fat burners ) into another (being – Zen and Functional).
Even so, studies still showed peoples life expectancy is decreasing, people are getting more obese and fitness levels are still decreasing.

By now we should have established :

1. Having a muscular, skinny or defined physique does not represent health or performance.
2. Swiping your gym card daily or spending hours in the sauna, dancing the morning away in group classes or standing on a spin bike for hours, won’t get you fit, healthy or into shape.
3. Being all ZEN and trying to become functional by, standing on a BOSU ball, getting your fat wobbled on a power plate or being strapped up in a suite with electrical impulses running through your veins won’t increase your life span.
4. Sitting on a machine practising arm curls or walking on a treadmill or having a personal trainer is not going to get you the desired results you really desire deep down.

We can all learn from SPORT

SPORT requires discipline. It is a team effort. You are being held accountable for not pitching up. You are surrounded by like-minded individuals with the same mindset.
People have been misled by falsified methods of quick-fix diets, surgeries, new fancy exercises, well-branded gymnasiums with under-qualified personal trainers being better at selling themselves rather than inspiring people by their TRUE ACTIONS.
Everybody needs to utilize their TRUE aerobic, anaerobic and neuron-muscular systems. I personally believe that there is no better way of doing so but by getting involved in physical activities that require you to push yourself beyond your comfort zone. This means regular attendance, performance and intensity are measurable and more consistent. This includes activities such as: mountain biking, trail running, triathlons, golf, hiking, mountain climbing, water sports even fun sports at your local club like tennis, touch rugby, cricket etc. These are all ways of getting you motivated in participating and tend to be a lot cheaper, more fun and produces better results physically and mentally.

When your performance in something becomes better, you automatically start shifting your goal from looking like a model to feeling competent. When you perform well in a team or community, you shift your focus automatically from being socially accepted based on looks to based on performance and performance is more measurable than looks (easier obtain).

If sports or hobbies are not really your thing and you prefer to stay around a gym, you could still be more selective with your choice of gym – style of exercising by incorporating performance-based movements such as; Power-lifting, Olympic Lifting, Body weight Gymnastics, running, swimming, climbing, pushing heavy objects, jumping sprinting – all these elements originated centuries ago from military training getting soldiers physically prepared for combat to the days of ancient Sparta..

There are today many smaller gyms thriving on using this concept of performance and general physical preparedness as part of a single modality in the form of fitness and within a community group, coaching environment creating the ‘TEAMWORK” effect and where accountability and motivation and results are genuine.

What is the key to longevity? : Performance or Looks ( with no performance) 8 out of 10 times those who opted for performance are usually retained much longer at gyms; performance means progressions and progression are solid and a form of result which inevitably gets followed by better physique i.e. hard work.