‘Other mothers could bring home their babies when we couldn’t’: Assistant manager, 23, reveals she carried an infant who was destined to DIE so her organs could be donated

A mother carried a baby who was destined to die so she could donate her organs to other infants in need.

Krysta Davis, 23, and her partner Derek Lovett, 26, of Cleveland, Tennessee, were told 18 weeks into her pregnancy that the baby was suffering from the severe birth defect anencephaly, which causes parts of the brain and skull to be missing.

After being told doctors could induce the labour early, Ms Davis decided to savour her pregnancy, knowing she could miscarry at anytime or have just a few moments with her daughter.

Against all the odds Rylei Arcadia arrived on Christmas Eve, weighing 6lbs, and lived a week before passing away in her parent’s arms on New Year’s Eve.

Her short life gave other babies the chance to live after her heart valves were donated to two infants in need, with her lungs also going to a research foundation. 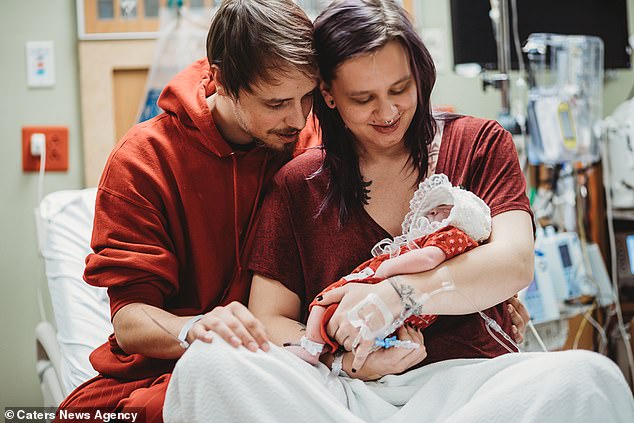 Krysta Davis continued with her pregnancy knowing her baby would not survive. The assistant manager is pictured with her partner Derek Lovett moments after their daughter Rylei Arcadia was born. She arrived with parts of her brain and skull missing, and lived just a week 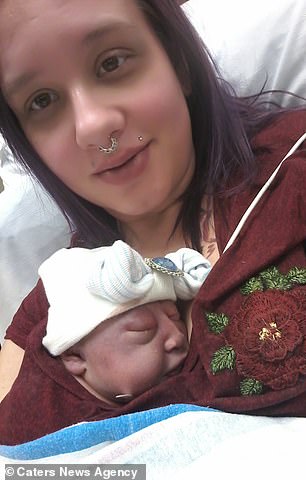 After receiving the devastating news at her 18-week scan, Ms Davis made the difficult decision to donate Rylei’s organs to other babies. After being expected to live just a few moments, Rylei (left) defied expectations by surviving a week. She is pictured right with her mother 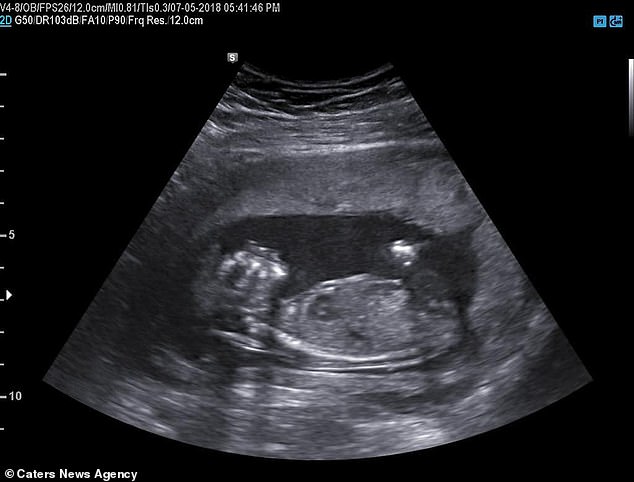 Speaking of her decision to continue with the pregnancy, Ms Davis said: ‘Carrying her to full-term would mean we had the option to donate her organs so other mothers could bring home their babies when we couldn’t.

‘That sealed the deal for us, for the entire pregnancy the majority of our strength came from her, it was very positive, and we did everything we could like most parents do.

‘We found out her favourite band was Fleetwood Mac and did a lot of normal parent things but we also had an extra ounce to cherish that little more.’

‘I knew I had to be happy throughout the entire pregnancy for her, there was no point putting myself or her through that when we had such limited time together,’ she said.

The couple were determined to enjoy Ms Davis’ pregnancy and appreciated every kick.

‘It was amazing feeling her kick, I didn’t know if she would move around at all but we found out, as she moved a lot,’ she said.

‘As we got further along into the pregnancy she moved more and more, I could watch her little feet move across my belly.’

And once Rylei arrived, the couple were even more convinced they made the right decision.

Read More:  How many multivitamin zinc

‘I had nine months to carry her and fall in love but it was nothing compared to holding her and seeing her, I couldn’t see anything wrong with her when she was born, I was in love,’ Ms Davis said. 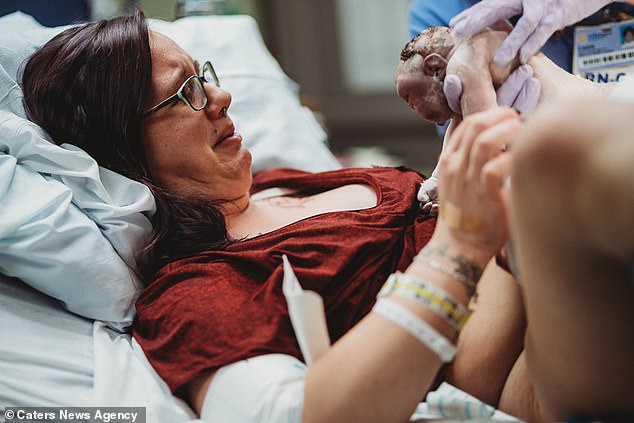 Ms Davis claims she fell in love with her daughter during her pregnancy but ‘nothing compared to holding her and seeing her’. The mother saw past Rylei’s disabilities and ‘was in love’ 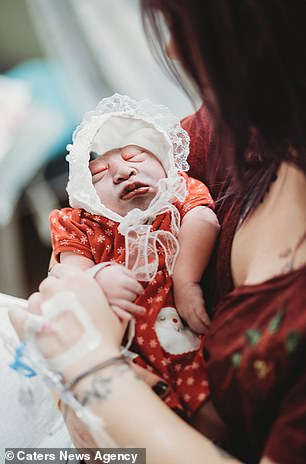 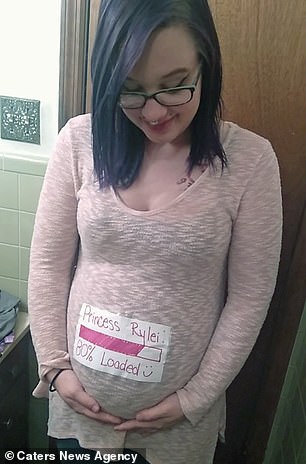 Pictured left shortly after Rylei was born, Ms Davis cherished every moment with her. She even worked hard to stay positive throughout the pregnancy (right) and appreciated every kick 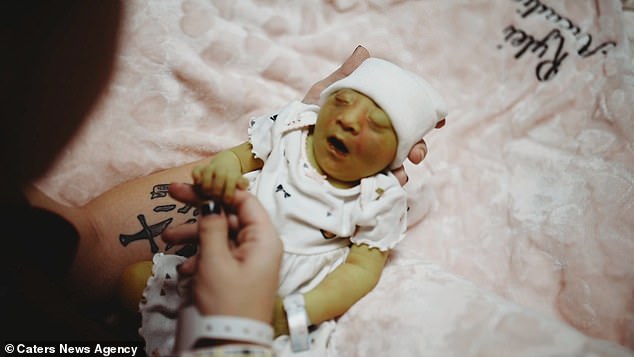 Despite the traumatic ordeal, Ms Davis stands by her decision, describing it as a ‘wonderful feeling’ that ‘other mothers could bring home their babies when we couldn’t’. Rylei’s heart valves were donated to two babies in need, while her lungs went to a research foundation

CAN BABIES WITH ANENCEPHALY DONATE THEIR ORGANS?

In the US, babies with anencephaly may be able to donate their heart valves, corneas, and sometimes their kidney and liver cells, to infants in need.

The most common donation is heart valves, which typically require the baby weigh 6-to-8lbs, be born after at least 36 weeks and have a known time of death.

The time of surgery to extract the organs also has to take place within a certain time frame.

In terms of donation for research, babies with anencephaly may be able to donate their liver, lung, heart, kidney, pancreas, skin, thymus gland, corneas, retinas and some muscle cells.

These babies often need to meet the same criteria as above but without a minimum weight requirement.

The situation in the UK is less clear ‘due to the complexities of the processes required’, Angie Scales, a NHS organ donation and transplantation nurse, told the BBC.

She added around 10-to-15 families a year ask about the possibility of donation in relation to their unborn child.

The parents cherished their time with Rylei, arranging for professional photographs and videos to be taken of their family together.

Photographer Clarissa Tilley, 27, who took the pictures for free, said: ‘I’m a mother myself so to experience that hit me on a deeper level, it could happen to anybody and the thought of that is heartbreaking.

‘Rylei was absolutely beautiful, she had her brain exposed but Krysta didn’t see disability or her conditions, she saw her daughter and the pure love shone from her.’

Ms Tilley was even present for the birth to capture the special moment.

‘All the nurses and organ donation team were in there for 45 minutes, sitting there waiting to call time of death and it never happened,’ she said.

But the happy times did not last long, with the couple being aware they would not have long with their daughter. Despite their grief, Ms Davis is happy other babies have had a chance of life due to Rylei.

‘It felt wonderful knowing that because of her two other kids get to go home, that touched us the most,’ she said.

‘Every time I look at the reminders of her, I treasure the moments, I still get a couple of tears coming down they are perfect moments.

‘As hard as it is to give away those organs as it is your child, it makes a huge difference to others’ lives who wouldn’t have a second chance.’