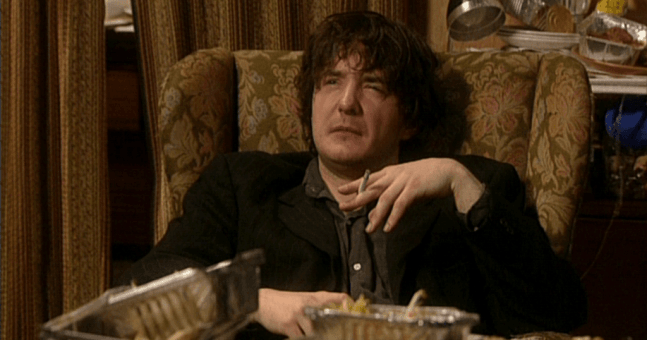 We’re a few days into 2019 and many people are in the throes of Dry January, a new diet or a keep fit routine – I however, have quit smoking… again.

You can post all the memes you like about how difficult it is to go for four days without a pint but you may not complain unless you are currently neck deep in nicotine withdrawal and understand what true sacrifice is all about.

And that’s not to belittle or diminish your achievements if you’re a non-smoker, it’s just that I am in in day four of withdrawal and I just hate you. And everyone else on the planet. Sorry.

It’s a well known fact that nicotine is one of the most addictive substances in the world, but it’s not until you try to kick it out of your body that you realise how truly dependent on it you are.

Keep in mind, this is not the first time I have quite smoking. I was once off the f**ers for five whole years until a bad break up and a bereavement hit me like a ton of bricks and I decided that smoking was the only thing that could get me through. I swore it would only be for a week. That was five bloody years ago.

So, here I am, trying to quit again. Cold turkey. No vape, no patches, no gum. Pure will power. I’m not going to lie, it’s the worst week ever.

So, since many of you are probably going through the same thing, here are a few things that only those of us quitting cld turkey will ever understand.

You will literally eat yourself out of house and home

Read More:  COVID survivors may have four months of protection

It is widely understood that smokers pile on the weight when they quit. Mostly due to the fact that they replace cigarettes with food and reach for something sugary every time a craving kicks in.

So, you’re in your first week and the cravings have you climbing the walls, and the only thing that helps is distracting yourself with something tasty. So you eat 7 mince pies and three cheese toasties for breakfast and wash it all down with a large tub of cream. You swear you’ll do better at lunch time but Karen in accounts brought in a cheesecake and that just makes you crave more cheese. Off you pop to the local deli and buy chicken fillet roll… and a block of cheese for desert.

What the actual f*** is that smell?

You wake up on day three, wondering why your bed is shaking until you realise that is actually you. You feel both warm and freezing cold and seem to be drenched in something. You get a whiff of sweat and realise it’s you; you are literally sweating out all the toxins in your body. You have about ten showers.

Then you leave your house to get on the bus and you can smell absolutely EVERYTHING. That nice girl’s perfume, some lad’s leftover Big Mac, the smoke on someone’s fingers. Then you realise with horror that all of your clothes have that faint stink of tobacco and realise you’re going to have to boil wash everything in your wardrobe immediately.

Read More:  Here’s The Only Way Your Body Can Absorb Collagen

On a positive note though, you can also smell nice things now, like coffee and muffins and OH DEAR GOD IS THAT MORE FOOD????….

By day four, your senses are beginning to change, from the aforementioned restored sense of smell to the f**king weird sensation of everything in the world actually looking brighter.

I literally have stars in my eyes today. I’ve looked into this and it’s apparently due to the restored oxygen levels in your brain. Nifty.

This means your body is beginning to recover. By now, your oxygen levels are back to normal, your carbon monoxide levels are back to normal and the nicotine in your body is entirely depleted. Your bronchial tubes have opened back up too, which is great, for the most part. Apart from hacking up all the gunk in your lungs. Pro tip: do NOT check out the colour of whatever it is you are coughing up.

The ‘fear’ takes on a whole new meaning

You’re beginning to realise you might actually be able to quit this time – after all, it”s been a few days – but you know the true test will come when you have to face a night out with all your smoker pals.

It’s best to avoid the pub for at least a fortnight, and not because of the hangover, but because you might cave and light up. You think you won’t, you’re determined you won’t, but you also said that about texting your ex but we all know how well that worked out last time you demolished 8 jaegerbombs in one sitting

Read More:  How strong is antidepressant

It’s safest to stay at home, be a billy no mates, then when you do see them all again, you can be that smug prick who lords it over everyone when they go out for a fag.

The urge to punch

You may be doing well with your cravings and riding the storm with breathing excercises/a jog/yoga but inside, you secretly want to punch everyone and everything around you. You’re feeling anxious and stressed about the tiniest things, and every ten minutes, something happens that makes you want to reach for your Marlboros.

But worst of all, the people you love, in fact, people in general, all become the absolute worst and you must constantly maintain a Buddist-like air of zen about you while inwardly imagining all the ways in which you would like to cause them grievous bodily harm.

Mam asks you to wash the dishes? PUNCH HER IN THE FACE.

Boss asks you to work through lunch? KICK HER IN THE SHIN.

Old lady in the street says hello? ACTUALLY PUSH HER IN FRONT OF A BUS.

You realise you are a danger to society to be fair, you’re also a healthy, fat smug bastard, so everyone probably hates you anyway.

Oh and well done on your efforts, if you need some moral support, there are lots of great apps/websites to help track your progress. And if they fail, and you do too, just try again. It’s not easy, but you will get there.