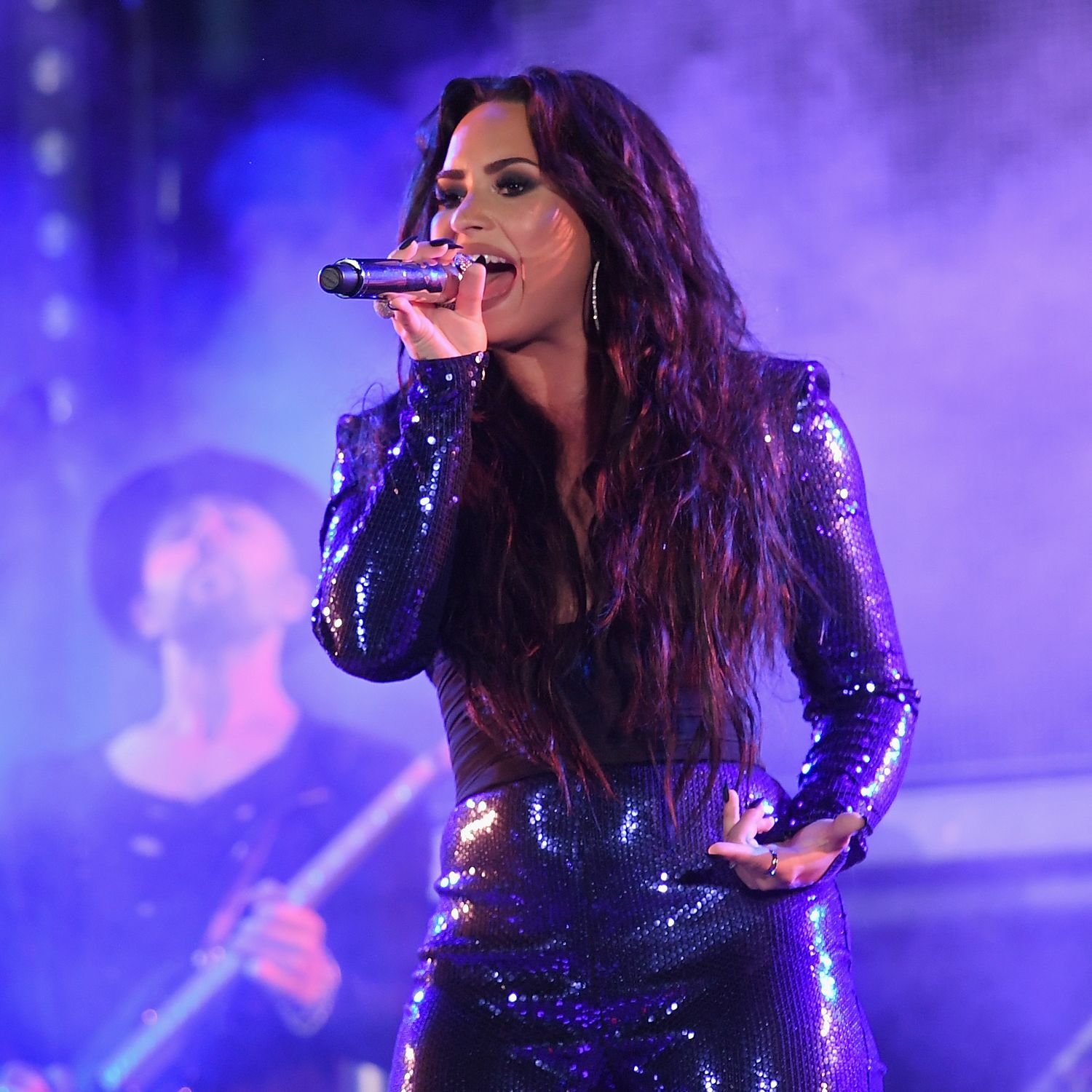 Demi Lovato has had a relatively peaceful year out of the public eye, but that’s poised to change as we collectively barrel into 2020. Demi’s been hard at work on new music and we’ve got evidence that it’s coming sooner rather than later, so whether or not your 2020 horoscope predicts merriness or mayhem, at least we have this bright spot!

How do we know Demi’s new music is about to drop? Well, she told us herself, so there.

Demi’s spent time in the studio working on the as-of-yet-unnamed album, but we do know a few things about her follow-up to 2017’s Tell Me You Love Me, so let’s get to it.

Exactly when will Demi release new music? Only Demi knows! But based on her Instagram feed right now and this foreboding caption that reads, “The next time you hear from me, I’ll be singing….” it’s SOON soon.

TMZ gave Lovatics some ~exclusive intel~ and basically confirmed that Demi’s album is coming sooner than we think—during the first half of 2020, to be exact (exact month TBD). Demi is still working on some tracks, but we can expect them to arrive around summertime. Get excited.

It’ll be her first album with new manager Scooter Braun.

Yes, Scooter Braun of Taylor Swift feud infamy is involved in Demi’s new music. Demi announced in May that she’s working with Ariana Grande and Justin Bieber’s hitmaker, and she commemorated their new status as a music power couple with a cute selfie.

Read More:  How Much Does Therapy Cost?

“GUYS!!!!!!! Dreams came true today for me. I officially have a NEW MANAGER!!!” Demi wrote on Insta. “And not just any new manager but the one and only @scooterbraun!!!! Couldn’t be happier, inspired and excited to begin this next chapter with you Scooter!!! Thank you for believing in me and for being apart of this new journey. Let’s DO THIS!!!!!!”

It’ll also be her first album since her 2018 overdose.

Demi has not released new music since she overdosed in July 2018, so this new era will mark her official return to the music scene, and she plans on using the opportunity to be extremely candid with her fans.

“You know what’s great about making an album? You get to say anything you want, be as open and honest as possible and finally tell your side of the story regardless of who might not like it,” she posted on Instagram Stories in June.

TMZ said Demi’s album will touch on her “overdose, her time in rehab, her sobriety and the journey/struggle to get there,” so expect some really powerful ballads on the record.

Whatever Demi’s working on, her co-collaborator Oak is reeeeallly feeling it, as evidenced by this clip of him dancing in the studio (with the sound strategically silenced, womp womp).

Demi and Oak have collaborated before on “Sorry Not Sorry,” so this is already a great sign of what’s to come.

After Bianca called Demi a “whole-ass Queen” (which, true), Demi brought up the album they’re working on together.