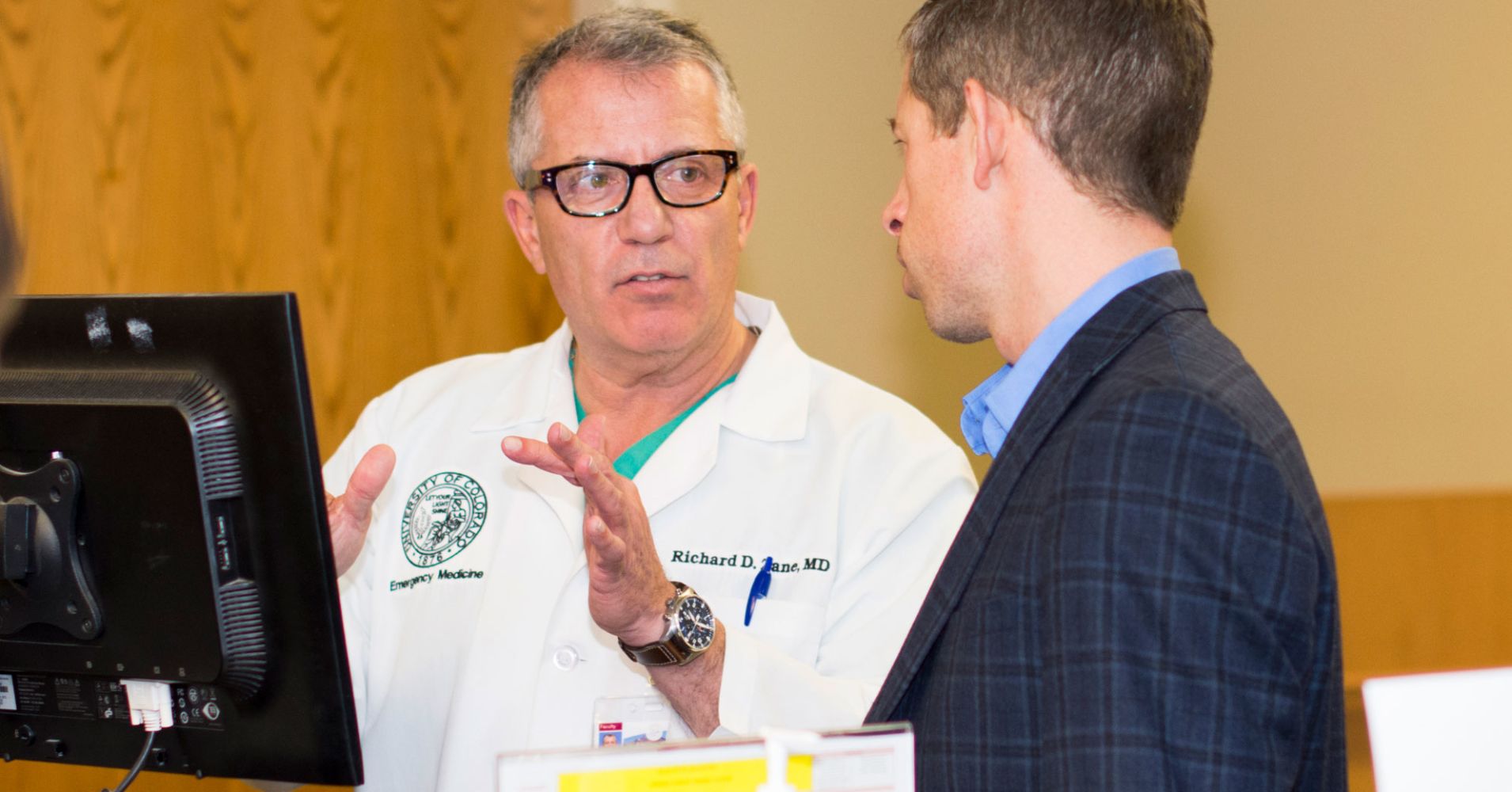 As an emergency room physician, Richard Zane often considers how software can help him with patients. The problem is that engineers and doctors are from different worlds.

funding than ever pours into digital health, technologists are realizing that selling to doctors is more challenging than they expected. So spending time with clinicians by observing medical procedures and sitting in on consultations are some of the ways they’re getting up to speed.

Big companies are going even further. Apple, for example, is hiring dozens of doctors for their expertise, and others are using experts to help make design decisions and to better understand how to sell into hospital networks.

Read More:  What not to eat by diabetics

Brandon Ballinger, a former Google engineer, spent months working with doctors, and even watched a heart procedure at the University of California, San Francisco, before starting his company, Cardiogram, which looks for signs of common medical conditions in data generated by consumer wearables. That experience gave him a sense of how to gain the approval and trust of physicians when Cardiogram embarked on studies of its own.

“Brandon volunteered with us at about full-time for a year, sat in on research meetings and helped us in return with data science projects,” said Greg Marcus, a cardiologist at UCSF. “Frequently entrepreneurs without clinical expertise, without adequate consultation might be misled in thinking their flashy tech by itself is sufficient, without thinking about how it will actually aid us. I’m a strong advocate for entrepreneurs reaching out, and I think many physicians would want to help.”

Epic Systems, the largest privately-held medical records company, reportedly sends its engineers along to open heart surgeries so they can see how important it is for their software to function in critical situations. Even so, many doctors see plenty of room for improvement when it comes to Epic’s user experience.

Physicians need more from their software. In general, they’re spending less time with patients, and more on so-called desktop medicine, which involves hours of documentation in front of a computer after a long day at the clinic. Studies find that so much time on administrative tasks related to things like billing is contributing to increased levels of physician burnout.

Zane wants better technology, built with an understanding of how doctors work.

Carm Huntress, the founder of a start-up called RxRevu, shadowed Zane and is applying what he learned.

RxRevu, based in Denver, worked with the hospital on a service to help physicians figure out how to prescribe better. The company’s software aims to quickly figure out whether certain drugs will interact negatively with each other, if a patient is allergic to a medication or if insurance covers a specific drug. The goal is to help doctors have informed conversations with their patients about their options.

Huntress said one thing he noticed in observing doctors at their desks is that many automatically move their mouse to delete a notification before reading it. He could tell that clinicians were suffering from alert fatigue and might be missing out on important information amid all this noise. Doctors work extremely long shifts and see dozens of patients, so they need to avoid anything that’s even more “taxing on their brain,” Huntress said.

Inspired by Zane, simplicity became a driving principle for RxRevu.

“He pushed me hard to say, ‘Look, let’s pair your engineers with our clinicians, so you’ll understand a day in the life before you build,'” said Huntress. “He was 100 percent right.”