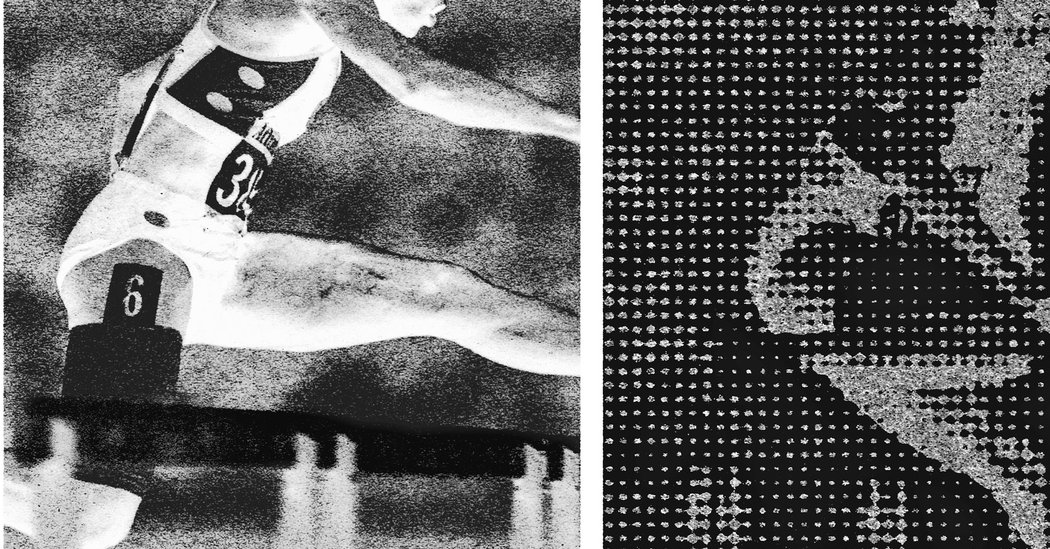 We sat at a dirty table covered in used napkins and crumbs, leftovers from the guests who dined before us. My father took a clean napkin, swept the trash away and sat silently. He didn’t often accompany me on trips to the mall — in fact, I can’t recall a time when he had before, and he wouldn’t after.

On a typical day, he would drop me off at the side entrance and wait in the car while I walked around. When I was done, I would find him in the car, napping or reading a newspaper (always divided in quarters). But today, he parked and walked inside with me. He offered to buy me a pretzel — another thing he didn’t typically do — and asked me to sit and eat it with him.

When I was 13, I couldn’t resist a warm pretzel, so I obliged. There we sat: me, pretzel in hand, and him, staring off intensely. Finally he turned to me.

“Hey babe,” he said. “I want to talk to you about something.”

I looked up. My dad never wanted to “talk” about things. In fact, his modus operandi was to not talk. He was just there — and that was always enough for him to feel like he was checking off the boxes of being a good father.

In an earnest voice, he looked at me and said, “You’re black.” He said it so sternly that I thought that this remark may have been the end of the talk.

“I’m sure you’ve already had encounters in life that tell you what this means,” he said, “but I want to talk to you about it.”

No fluctuation in his voice, no change of tone. His demeanor commanded my attention. I sat silently and listened.

He stared at me intently. I stared back at him. I didn’t touch my pretzel.

“You are going to have to work 10 times harder than white people,” he said. “You are going to have to fight to be treated equal. Even to be treated fairly. And when you do, you will still lose. And when you win, they will call you the N-word (only he used the full epithet). They will try to make it impossible for you to succeed, and when you do, they will try to undermine your success. They will make fun of your nose, and your hair and the way that you laugh, in order to defeat you. You can’t let them. You just have to keep going harder.”

My father wasn’t wrong. At 13 years old, I had already had numerous encounters related to the darkness of my skin.

Like the winter of second grade, when I was playing on a patch of ice before the first bell rang at my school in Utah, where I grew up. I slid my feet on the ground, pretending I was a professional ice skater. A few minutes in, an older boy came over and pushed me off the ice. He scowled at me and yelled, “Get off the ice!” punctuating his command with the racial slur my father had warned me of. I just sat there.

Or later in elementary school when we learned about Dr. Martin Luther King Jr. My teacher told us how back then black people couldn’t drink at the same water fountains as white people, and I sat in agony as all of my white-skinned peers peeked over the tops of their textbooks looking at me — the only black kid in a sea of white. Later, as we left to go out to recess, I stopped at the water fountain to get a drink, and then watched the white girl after me used her sleeve to wipe the fountain before taking a drink herself.

My father’s words have come to me often, and I’ve realized how profound they were.

They came to me when I was 16 and joy riding around town with my white best friend and our two black guy friends. The officer who pulled us over made only the black kids put our hands on the dashboard, telling us we better not move them. My arms trembled from adrenaline, and from holding my arms straight out in front of me for 20 minutes. I was afraid of what would happen if any of us decided to put them down.

They came to me last March, when I was having beers with friends at a local bar in San Francisco, where I now live. After the white bouncer picked on my friend for accidentally bumping him on her way out, I stuck up for her, and he replied, “Oh I’m sorry, what do you want me to say? ‘Yessa massa’?” The bar refused to fire the guy.

My cousin Brandon, who’s from Oklahoma, got the talk from his sister when he was 15. He remembered it the time a bouncer at a club refused to let him in because he was wearing Vans, although his white friends who were let into the club a few minutes before him were wearing the same shoes.

My friend Regg grew up in Brooklyn and heard the talk from his parents, both retired N.Y.P.D. officers. He’d remember their words as he’d work to not become a target for police. No sagging pants. No untied shoes. No special handshakes to avoid being misinterpreted as a gang member.

My friend Brittany from Iowa received the talk when she was in preschool. Her mother gave it to her after a hard day at school, when she told her mother she wanted to be white so she could “look and be like everyone else.”

Read More:  8 Things To Do Immediately About Food Packaging Supplies

My mentor Nicola gave her daughter the talk when she was 8 years old, after they’d moved to Utah from Georgia. After her baby girl raised her hand in class to tell her first grade teacher about her naughty classmate, the boy responded by saying, “Get that black girl out of here!”

My friend Justin received the talk when he was in first grade and living in Pennsylvania. His mother told him that she named him Justin so that when he was older, he wouldn’t be immediately judged when he put in a job application. She had wanted to name him Raheem.

Another dark body. Another talk. Another story.

When I think back to this conversation with my dad, I wonder what had happened to inspire him to have the talk that day. We have never been close. Some relationships become too strained for mending. What life encounter reminded him that he needed to sit me down and explain the rules of being black in America? What thread of injustice did he bear witness to? What life experience forced this reminder of his own blackness? Maybe it was a lifetime of experiences.

It doesn’t matter because this talk — this unfortunate, imperative and vital conversation — was a guide. A signpost. A warning. And that’s what parents are supposed to do, right? Prepare their children for the world. The beautiful, complicated and sometimes racist world.

At the end of our talk, my father said, “I want you to remember, you are lucky to be black. It is special. God only allows it of the strongest of us, because we can handle the struggle. Be proud, but be careful.”

I remember that, too.

Shaquille Heath is a communications professional and writer. She’s black and she’s proud in San Francisco.

Rites of Passage is a weekly-ish column from Styles and The Times Gender Initiative. For information on how to submit an essay, click here. ​To read past essays, check out this page.