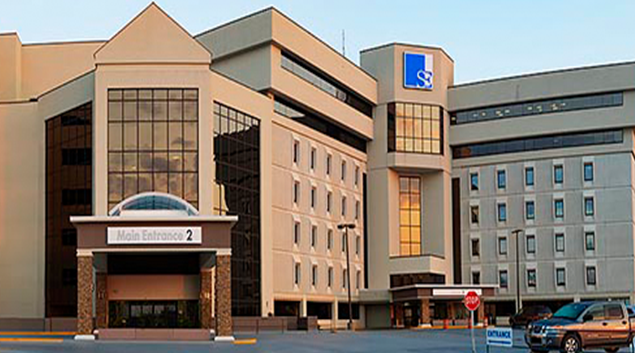 There’s no shortage of buzz around artificial intelligence and its potential impact on a variety of areas within healthcare, from patient care to revenue cycle operations. There is an emerging trend toward AI assets that amplify the value of patient data and provide an extendable, scalable pathway to effective primary disease prevention.

That’s something that clinical leadership from Southeast Health Medical Center are learning firsthand thanks to their AI asset Jvion which is being used prevent hospital-acquired infections.

Lara L. McCall, director of case management at Southeast said they are able to use the data they glean from that tool to avoid health issues by identifying patients who are at risk for certain things like readmissions and sepsis.

Their primary focus in using the toll right now is on sepsis, as well as catheter associated UTIs and central line bloodstream infections.

Jvion uses outside information from other agencies or institutions like past prescriptions, pharmacies, doctor’s offices, basically any publicly reported data, to inform the patient’s care when they walk through their doors. And since most patients are loyal to one system or facility, the tool can actually learn you, she said, much like Google does from your searches. It can even use your address to help inform your care based on demographics.

“The census date shows that in your area you have limited public transportation. There’s only one primary care doctor listed within a 50 mile radius so you may have limited access to care. The median income there is low so they may trouble paying for prescriptions..maybe you want to fill this patients prescriptions before discharge,” she said.

She added that the introduction of the tool has already yielded notable gains in areas like reduction in patient days. They employ the tool earlier in the care episode/stay such that not only are they stopping the disease from progressing but it has shortened the overall stay, which equates to dollars saved, McCall said.

They’ve been most impressed by the improvement in pressure ulcer prevention. They let the nurses know at the end of the month how many ulcers they were able to avoid.

“Because you turned the patient, we avoided the pressure ulcer. It makes them more likely to turn the next patient for whom that is a suggested intervention,” she said.

They’ve also seen a reduction in sepsis development after hospitalization, which is no doubt good for patients but also for them too, since treatment of sepsis is extensive and expensive.

“This is avoidance which people think of as soft dollars. But right now you’re paying for it because it’s happening. What would we do without it? Right now I don’t know what we would do. we don’t have processes in place that would give us this information.”