TORONTO — A family law arbitrator has upheld an Ontario mother’s refusal to have her children vaccinated, citing a leading advocate in the U.S. anti-vaccination movement who claims vaccines do more harm than good.

Earlier this month, the Toronto-based arbitrator also directed the father — who had requested an order forcing the kids to be immunized — to pay $ 35,000 of his ex-wife’s legal costs.

“Choosing not to vaccinate is not illegal, negligent nor immoral. It is a personal choice,” wrote lawyer Herschel Fogelman in his arbitration decision last year. “I am unable to find any risk to (the children) if they remain unvaccinated. Further, I am satisfied on the evidence the vaccines may pose additional risk to them.”

In fact, while the case was being heard, both children contracted whooping cough — or pertussis — one of the diseases covered by standard childhood vaccinations. Arnaud Presti, the father, said his new partner was pregnant at the time, and had to receive a pertussis booster due to the potentially deadly effect whooping cough can have on newborns.

Though he’s not a judge, Fogelman’s decision is binding

The arbitration has come to light amid growing concern about the impact of parents declining to vaccinate their offspring, with outbreaks of previously rare childhood illnesses occurring regularly, especially in the U.S. and Europe.

Presti says he plans to challenge the ruling in court and has started a Gofundme campaign to underwrite his legal costs, arguing “the system is broken.”

“I really feel a sense of injustice,” said Presti, who runs a Toronto event-planning agency. “It doesn’t seem normal that the government is not helping my child get vaccinated.”

The children’s mother, who asked not to be named, did not comment on the immunization dispute, but said in an email the couple had agreed to keep the arbitration confidential. 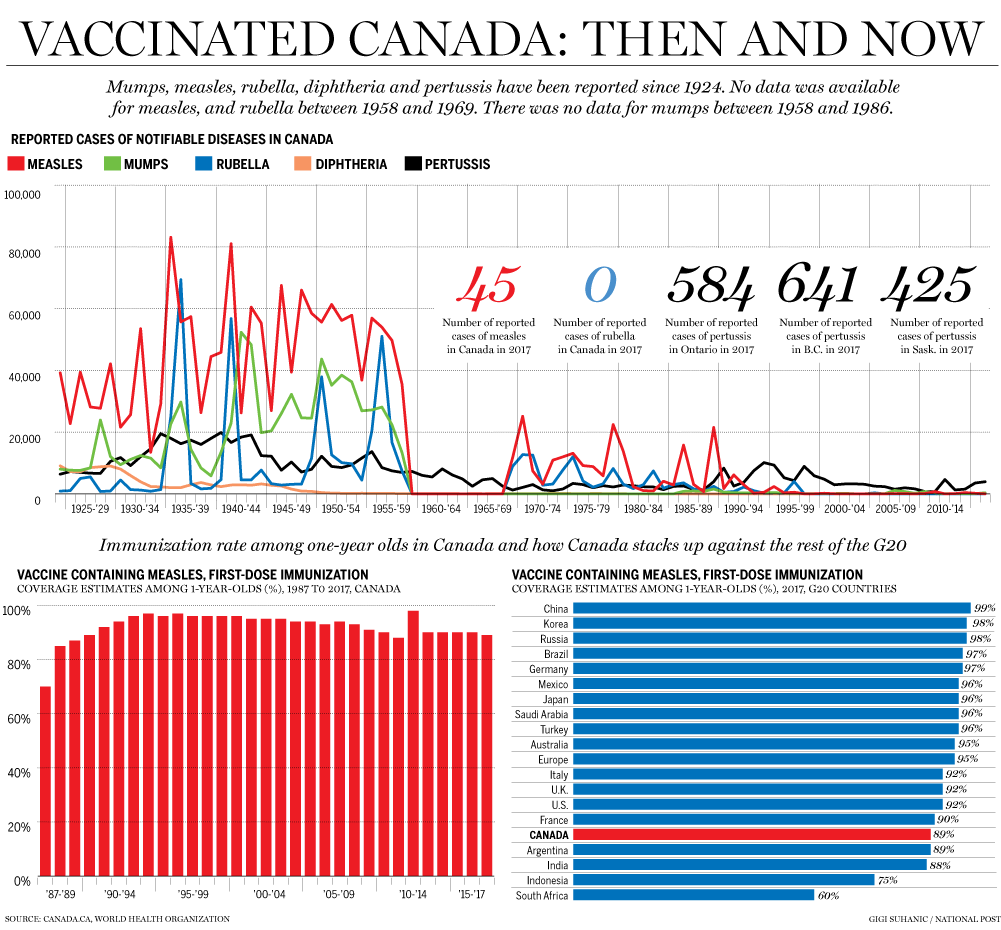 “Mr. Presti has breached our agreement by contacting you about our case,” she said. “Unfortunately this will now mean legal action.”

The couple was granted joint custody of their two sons — now aged 12 and eight — in a 2015 divorce settlement that included a process for resolving disputes.

Among a handful of issues dealt with in Fogelman’s ruling, Presti demanded the children be vaccinated, something he says he always favoured but did not pursue while still married.

Unlike him, his wife had a lawyer at the hearing and called two witnesses.

One was Shiv Chopra, a late Health Canada scientist best known for his high-profile whistle-blowing dispute with the federal government. He later became involved in the anti-vaccination world.

The arbitrator said the boys’ mother relied mostly on Dr. Toni Bark, a medical doctor who has shifted her practice chiefly to alternative medicine such as homeopathy. She appears frequently at anti-vaccination events and on anti-vaccination websites in the U.S., says law professor Dorit Reiss of the University of California Hastings, who studies legal aspects of immunization.

The Ontario arbitrator allowed her to testify as an expert on vaccination, something judges refused to do in at least two recent cases in the States, qualifying her only as an authority on general medicine, noted Reiss.

“There is very little grounds to see her as an expert on vaccine or even on medicine,” the law professor said.

And in most similar divorce cases in the U.S., courts have ordered the young people vaccinated, she said.

According to Fogelman’s decision, Bark outlined a litany of perils related to vaccination. She testified among other things that the diphtheria, tetanus and pertussis shot can cause neurological injury, the human papillomavirus vaccine kills two in every thousand children who receive it and contracting measles can help prevent cancer.

Yet studies point to vaccination causing almost entirely minor side effects, while preventing a slew of illneses.

The U.S. Centers for Disease Control, for instance, says it received 53 confirmed reports of people who died some time after receiving one of almost 110 million doses of HPV vaccine, and found no evidence that any deaths were caused by the shots.

Fogelman said the “most compelling” part of Bark’s testimony was her suggestion that the mother had a genetic mutation that made it more difficult to clear the “toxins” in vaccines, and that her sons may have inherited that mutation.

Variations in the MTHFR gene are a popular villain in the anti-vaccination movement. But only one published study — from 2008 — has pointed to any link between the gene and vaccine side effects: an increased risk of mild reactions like fever and skin rashes in people with the variation who received the smallpox vaccine. It’s is no longer given to children.

The arbitrator’s award of legal costs to the mother included $ 11,000 for Bark’s fees.

Dr. Caroline Quach, a Montreal-based pediatric infectious-disease specialist, said much of what the arbitrator wrote “doesn’t make sense,” though she said she would have to see Bark’s source material to properly critique her testimony.

Quach, past president of the Association of Medical Microbiology and Infectious Diseases Canada, said it’s technically accurate that when everyone else around a child is well-vaccinated — creating herd immunity — the minimal risk posed by vaccines outweighs the extra benefit for that individual. But, she said, “we’d be in big trouble” if all Canadians thought that way and chose not to get immunized.

We’re shocked too. It seems so obvious, so logical. And yet …
But others who helped Snowden still waiting for a decision from Canada on refugee status, with one ‘unraveling’ mentally and hospitalized
And that leads the taxman to the cheats, who keep tens of millions of dollars annually out of the federal coffers that law-abiding citizens fill
Madilyn Harks, who may have victimized more than 60 young girls, changed her name from Matthew and transitioned to the female gender