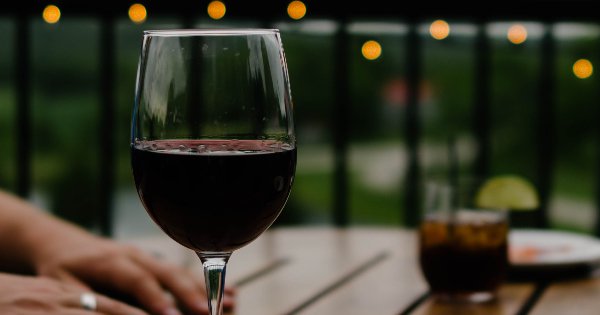 —
I am a half-year sober. While I do plan on breaking my sober streak today as a pre-planned reward to celebrate and enjoy the last two weeks of summer, I successfully reached my goal of half a year without drinking in absolute flying colours.

I started drinking when I was 15 years old. I’m 31 now. And in my 16 years of drinking, the longest I’d previously gone without drinking is a month, so to pull off half a year is a huge achievement.

When I quit drinking, I told myself that it was going to transform my life. That it was going to change and shift things in a way that I’d never experienced before. I had this suspicion deep down that there was something waiting for me at the end of this experience. Something that was waiting to be uncovered, some truth I would find that would change my life.

And my god was I right.

My life has begun to completely transform. In ways that, at the time, I could have never predicted or even fathomed.

Before I get into it, let’s quickly cover a few of the major things that have transpired during these past six months of me being sober:

• I wrote my first feature-length movie—an animated movie—which I wrote in 48 yours in a spiritual creative download, in which I did not plan anything or stop to think about what I was writing but wrote via direct transfer from my imagination to the page. I wrote the entire movie by doing the voices of every single character.

• I had a complete creative breakthrough and have about eight different large film projects that I’m either currently writing or outlining.

• I went on a gut cleanse and changed my relationship with what I put in my body.

• I quit coffee and sugar for two months.

• I have been sick this entire time because of mold/moisture in my apartment (which until just recently I thought was just a chronic sinus infection), which led me to put my 60-day notice on my apartment and uproot my living situation.

• I met a woman who has had the greatest impact on my life out of anyone I’ve ever met to date.

• I had a full-on spiritual awakening (more on this later).

• I decided to become a relationship and life coach.

• I launched my online coaching business and got my first clients.

• I made a decision to move cross country and uproot my entire life (prompted by my apartment situation), which has shifted my entire soul being into complete alignment.

• I came into full contact with my gifts, purpose, and divine assignment (hence the spiritual awakening).

All right, phew! Those changes were even just exhausting for me to write! But now that you’re up to speed with a little of what’s happened…let’s dive right into the details of the eight ways going sober has transformed my life.

I’ll be honest…I had friends who completely stopped messaging me after they found out I was no longer drinking. It’s like they didn’t know what to do with me anymore because our prior friendship existed entirely upon alcohol. On the flip side, there are friends I actually became closer with because I wasn’t drinking. In my view, me quitting drinking was almost like a friendship test to see which connections were the strongest and the ones where we have the most resonance with each other.

Additionally, it actually changed the way I socialize. I avoided social settings like bars and large parties, for the most part. Instead, opting to use avenues like brunches, coffee dates, dinners, activities, events, and daytime activities to socialize. This actually brought me back to experiences when I was a kid, before alcohol was even in the picture. We hung out and socialized in large groups all the time growing up, without alcohol. We just played. Did shit. Laughed. Hung out.

And then we got older and booze became a central focal point for socializing. I started to see socializing from this new, simplistic viewpoint—that when you are drinking with people, you are doing the exact same thing you’re doing when you hang out with people when you’re not drinking, you just have an alcoholic beverage in your hand. While a simplistic view, it actually made me realize that alcohol is not nearly as necessary to the degree that we’ve learned to rely on it.

Through this viewpoint, I actually began to really see clearly which friends were deep soul friends, versus those who were just a companion to accompany me on our respective journeys to get liquored up. Quitting alcohol—after you had a social life that revolved heavily around alcohol for so many years—forces you to focus on a small, inner circle of friends whom you share a deep connection with and actually have like-minded visions and goals for your future.

Your socializing becomes less about the frivolous and the non-essential, and more about a deeper connection. Thus, you become extremely cognizant of the people and influences you choose to surround yourself with and invest your time and energy into.

You want to surround yourself with people who are energy amplifiers to your life direction, not energy vampires trying to suck the wind out of your sails.

This is something that became really clear with the resistance that would come up with certain friends. For some people, me quitting drinking was something hard for them to understand so they would be a bully about it or straight up think I was ‘weird’ or ‘boring’ for not drinking. While there are other friends who completely respected it and actually thought it was awesome that I was choosing to go without it for a while. The energy I felt from certain friends about my non-drinking is something that really put an accurate lens on the true essence of that friendship and clarified whether that person’s energy is something I want in my life moving forward.

Through the process of friend-filtering and focusing on fewer, more quality connections, this sober period really made me aware of the importance of building an aligned community of people who are headed in a similar direction. When you go sober for that long of a time, it really puts into perspective the types of influences you’re choosing to surround yourself with—and whether or not they’re the healthiest and best influences to carry you forward to the next level of your life.

Read More:  Many Ways of Skinning a Statistical Cat

It made it clear that I need to level up my community if I want to be able to achieve the ambitious dreams and goals that I’ve set for myself. I need to find more friends that are doing similar things to what I’m doing but at a way higher level than I am. What happens so often is that we just fall into friend circles by circumstance or convenience (particularly when we move to a new place), rather than very carefully, very selectively, very consciously choosing an aligned community of people who improve the vibration of our life and who we can actually learn from and become better by knowing.

Quitting drinking trimmed some of the friend fat for me and help me set a strong intention to level up my community with energy amplifiers.

Heading into 2018, one of my major goals was to improve my health and dedication to my self-care. My health issues (created by my living situation) started at the end of 2017, so it was clear that self-care and health were going to be major themes during this sober period. On top of my sinus and congestion issues, I started having issues with my stomach from an influx of high acidic food and drinks. This was another major reason that prompted my decision to stop drinking for a while.

My lifestyle and my relationship with alcohol were actually beginning to affect my health, and I was noticing things happening inside of my body because of an unhealthy lifestyle. So, I knew that something had to shift big time because I was physically feeling like shit all the time, which began to take a major hit to my mindset and mental health.

For me, my personal health and energy levels are so important to my personal happiness. I want to feel great in my own body—full of energy and ready to roll in order to dive into my creative projects with lots of energy—so I can create at the level I want to create. And as soon as I don’t feel right in my body, I get thrown off track and my mindset can very quickly alter into that of negativity and high stress levels.

When you feel great in your body, you naturally take on more of an abundance mindset with infinite possibilities for your life and direction that you’re headed.

It’s amazing how when we fall off the wagon with good momentum in our self-care routine, that inner critic inside our heads becomes louder and more hostile than normal. We tend to live in this vicious cycle of self-hatred because we feel that we’re sabotaging ourselves for short-term pleasures that are actually sacrificing our long-term vision and happiness. It’s why we binge eat or eat shitty food all the time, because we want to feel good this second. It’s trying to fill an emotional need that we’re not getting in other places.

So, a sabotage of a proper self-care routine usually means that we’re trying to avoid an emotional wound in another area of our life, or the inner critic inside our heads has become so loud and harsh that we have to turn to those short-term vices (drugs, alcohol, food) to drown out the inner critic with a fast-acting, momentary pleasure.

I knew that in order to set myself up with the proper energy and momentum in my life to gain the types of experiences I want to experience in order to live my best life, I was going to have to build momentum with my health and self-care regimens. There’s an innate confidence and strong sense of self that just exudes from someone who feels good inside of themselves physically, but also mentally because they’re living in harmony with their truest self and making healthy choices that reflect that.

If you don’t have your health, you don’t have anything. And the happiest and most successful people on the planet are those who invest heavily into their own self-care and personal well being on a daily basis. Because, if you don’t feel good inside of yourself, you have nothing left to give to the world.

This post was originally published on jamienrae.com, and is republished here with the author’s permission.

What’s your take on what you just read? Comment below or write a response and submit to us your own point of view at the red box, below, which links to our submissions portal.

Are you a first-time contributor to The Good Men Project? Submit here:

Have you contributed before and have a Submittable account? Use our Quick Submit link here:

Do you have previously published work that you would like to syndicate on The Good Men Project? Click here:

Sign up for our Writing Prompts email to receive writing inspiration in your inbox twice per week.

We are a participatory media company. Join us.

If you believe in the work we are doing here at The Good Men Project, please join us as a Premium Member, today.

All Premium Members get to view The Good Men Project with NO ADS.

Need more info? A complete list of benefits is here.