Doctors only prescribe tramadol to people over 12 years old. Adolescents with certain risk factors should speak with their doctors about the risks of taking tramadol.

Some people take tramadol for premature ejaculation and restless legs syndrome, but the Food and Drug Administration (FDA) have not approved these uses of it.

As an opioid drug, tramadol acts on the brain to relieve pain. However, tramadol is not as effective as morphine, which is another opioid. Because of its opioid activity, people can become dependent on tramadol.

In this article, we discuss the side effects of tramadol. We will also take a look at tramadol dependence.

Ultram and Ultram ER are the brand names of the drug tramadol. They are available in the form of immediate and extended release tablets. Tramadol is also combined with acetaminophen in the drug Ultracet.

The following table lists the available dosages of tramadol in milligrams (mg).

Tramadol acts on two compounds associated with the sensation of pain: serotonin and norepinephrine. Tramadol helps relieve pain by decreasing the amount of these two compounds in brain cells.

Liver enzymes break down tramadol into another compound called O-desmethyltramadol, which binds to the opioid receptor. This is the same receptor that morphine binds to, but tramadol is not as strong as morphine; its efficacy is “about one-tenth that of morphine.”

The FDA classify tramadol as a schedule IV drug because of its potential for misuse and addiction. It belongs to the same schedule as Xanax, Soma, and Valium.

Doctors should choose the lowest effective dosage for the shortest period and educate people on the possible risks of taking tramadol.

Read More:  What to know about the clitoral hood

Tramadol can cause side effects in some people. They occur more often when people first start taking tramadol and can wear off over time. 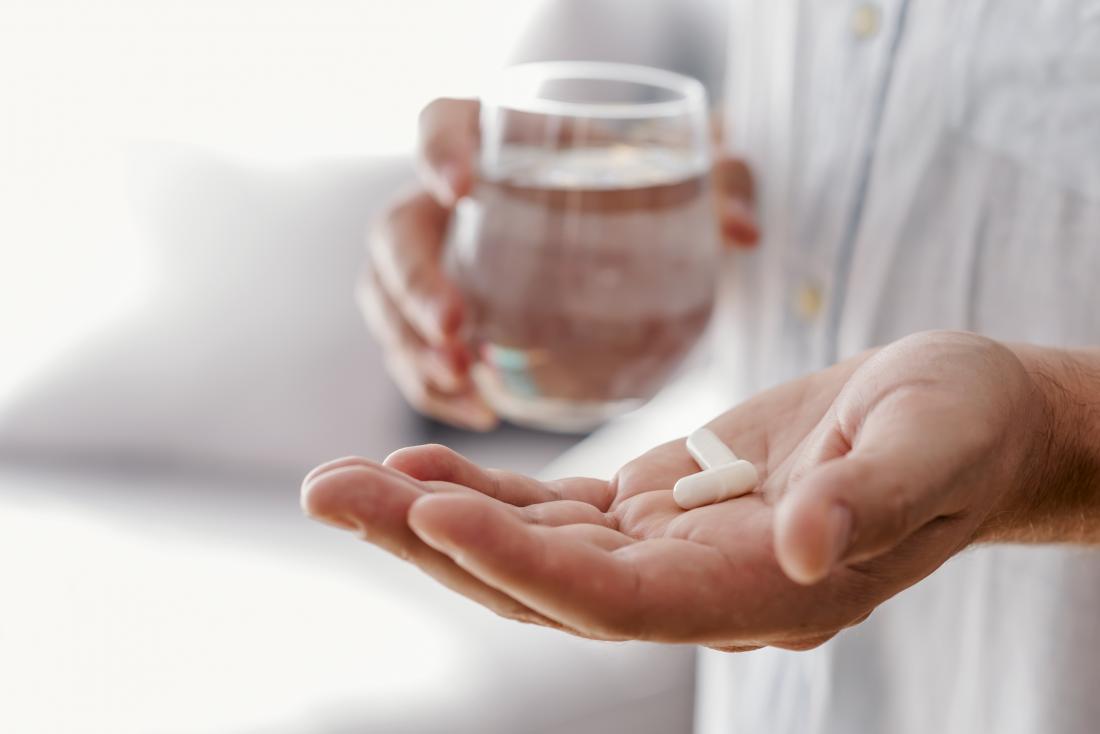 Side effects of tramadol include dizziness, nausea, and headaches.

The most common side effects of tramadol affect the abdominal tract and the brain.

The following list provides common side effects that occur in 5% or more of people who take tramadol:

People may experience other side effects that occur with an incidence of less than 5%, such as:

Serious side effects may also occur in some people.

Some serious side effects include:

The following sections discuss these serious side effects.

Respiratory depression is a serious side effect that may occur in people taking tramadol. If a person has difficulty breathing while taking tramadol, they must seek emergency medical attention.

Some people are more at risk than others. Some people’s bodies break down tramadol into O-desmethyltramadol much more quickly and completely. This can result in higher levels of this compound in the bloodstream and lead to respiratory depression.

Serotonin syndrome develops when there is too much serotonin accumulating in the body. This can cause mild to fatal symptoms.

In rare cases, people can experience serotonin syndrome when taking tramadol alone or with other drugs.

The symptoms of serotonin syndrome may include:

QT prolongation is a serious condition affecting the heart rhythm. On an electrocardiogram of the heart, the QT interval represents a portion of the electrical activity during the heartbeat.

Some drugs, such as tramadol, can cause QT prolongation. When a person has a prolonged QT interval, they may experience serious heart problems. They may have an irregular heartbeat, which can become life threatening.

In most cases of QT prolongation related to tramadol, a person has taken tramadol with other drugs that prolong the interval.

Although the combination of QT-prolonging drugs can be dangerous, some people are born with long QT syndrome. These people should let their doctor know about their condition before taking tramadol.

People who overdose on tramadol also have an increased risk of QT prolongation.

Tramadol can interact with several medications, such as benzodiazepines and serotonergic drugs.

Benzodiazepines are drugs that reduce anxiety and relax the muscles. People use them to treat anxiety and insomnia.

If someone is already taking a benzodiazepine medication such as lorazepam or alprazolam, also taking tramadol can result in sedation, respiratory depression, coma, and even death.

Serotonergic drugs affect serotonin levels in the body. People use them to treat depression.

People who are taking serotonergic drugs should use tramadol carefully because of the risk of serotonin syndrome.

Read More:  This Sparkling Cocktail Is Perfect For An End-Of-Year Bash

When to see a doctor

People taking tramadol should report any side effects to their doctor. By discussing the benefits and risks of the medication, a doctor can help a person find the most appropriate medicine at the lowest effective dosage.

Anyone having difficulty breathing or experiencing any symptoms of serotonin syndrome must seek immediate medical care. 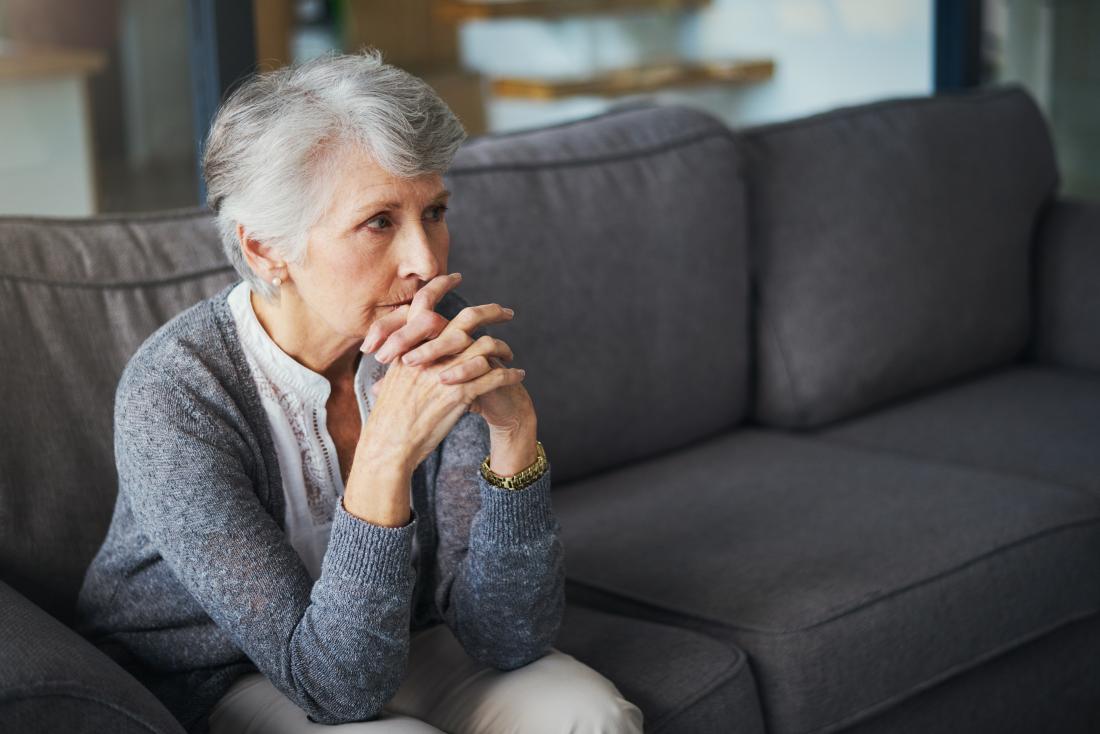 People may become dependent on tramadol when taking it for more than a few weeks or months.

According to a World Health Organization (WHO) report on tramadol, clinical data in adults suggests that the drug has a low potential for dependence.

People may, however, become dependent on tramadol when taking it for more than a few weeks or months. People with a history of drug misuse are more at risk of developing a dependence on tramadol.

In one case study, a 39-year-old male with no history of substance misuse went to the emergency room to get help for tramadol addiction. His tramadol treatment began about 2 years earlier. He was taking up to 600 mg per day and was unable to stop taking it without experiencing withdrawal symptoms.

So, in rare cases, tramadol dependence can affect people without a history of drug misuse.

Tramadol is an opioid pain medication. It also acts on brain chemicals called serotonin and norepinephrine to relieve moderate to severe pain.

Tramadol is not safe for everyone. Children under 12 years old should not take tramadol, and those aged 12–18 should use caution when taking it.

Some people may experience mild to severe side effects when taking tramadol. Some drug interactions can occur with tramadol, and the effects can be severe.

Although it has a low potential for dependence, the Drug Enforcement Administration (DEA) control the distribution of tramadol.