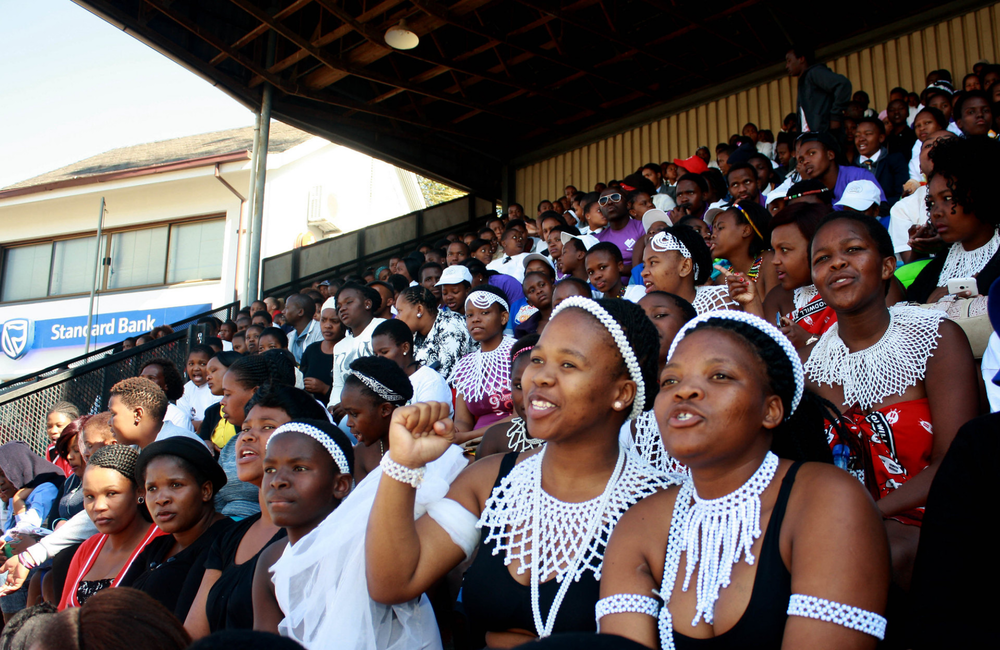 A second study of an injectable HIV drug used to prevent HIV has had its randomised phase stopped early after it became clear that giving women a two-monthly injection of a prevention drug resulted in nearly nine times fewer infections than giving them oral PrEP tablets.

The early termination of the randomised phase of the HPTN 084 study follows the similar early termination of its companion study HPTN 083 in May. Both studies compared the efficacy of standard oral PrEP (a daily pill containing the drugs tenofovir disoproxil fumarate and emtricitabine, or TDF/FTC) with an injectable formulation of a different drug, cabotegravir, which was given to participants as an injection into the buttocks every eight weeks.

HPTN 083 compared the efficacy of pills to injections in 4566 gay and bisexual men and transgender women in seven countries in four continents. HPTN 084 performed the same comparison in 3223 cisgender women aged 18-45 in 20 sites in seven countries in sub-Saharan Africa: Botswana, Eswatini, Kenya, Malawi, South Africa, Uganda and Zimbabwe. These countries continue to have very high rates of HIV infection, particularly in young women.

Refers to the mouth, for example a medicine taken by mouth.

The physical form in which a drug is manufactured or administered. Examples of formulations include tablets, capsules, powders, and oral and injectable solutions. A drug may be available in multiple formulations.

A person whose gender identity and expression matches the biological sex they were assigned when they were born. A cisgender person is not transgender.

A clinical trial where both the researcher and participants know who is taking the experimental treatment.

A pill or liquid which looks and tastes exactly like a real drug, but contains no active substance.

The figures from HPTN 084 are as follows, comparing them with the results from HPTN 083. Among the 3223 women, there have been 38 HIV infections so far (there were 52 in HPTN 083). These figures translate into an approximate annual HIV incidence of 1% among the women in the HPTN 084 study and 0.82% among the participants in HPTN 083, meaning one in 100 women in the study became HIV positive per year.

However the difference in incidence between the study arms was greater in HPTN 084 than in HPTN 083. There were 34 infections in women allocated to TDF/FTC pills, but just four in women allocated to cabotegravir injections. This equates to 1.79% annual incidence in women taking the pills and only 0.21% in women given the injections. This means there were 8.5 times more infections in women taking the pills.

Putting it another way, there were 0.11 times as many infections of women given cabotegravir as in women given TDF/FTC – an 89% reduction in incidence.

In the HPTN 083 study with gay and bisexual men and transgender women, the corresponding figures were 1.22% incidence on the pills and 0.41% on the injections – nearly three times as many infections on the pills.

It is important to emphasise that even in women taking the oral PrEP tablets, there was significant efficacy. The annual HIV infection rate in the women in the study, had they been given no PrEP at all, can’t be directly shown, but, as advocacy organisation AVAC said in a press release: “Over the past 5 years, rates of HIV infection in HIV prevention trials in the region have consistently been closer to 4%, when no active drug was provided.”

If this 4% “background incidence” is used, then the number of infections in the women on the tablets is 65% lower than that.

This is nearly the same as the 66% reduction in infections seen in women taking TDF/FTC in the Partners PrEP study, which, even though it published its results back in 2012, is still one of the few really big studies enabling us to measure the efficacy of PrEP in women. So HPTN 084 confirms that oral PrEP can and does work in women.

Butr if you contrast an estimated background incidence of 4% with the 0.21% incidence seen in the women given the injectable PrEP, then this would equate to an efficacy of just under 95% – pretty close to the kind of reductions in HIV infections seen in the most successful PrEP rollout programmes for gay men.

This is why HPTN 084 has produced possibly a more significant result even than HPTN 083 – we have never seen such reductions in HIV incidence before in cisgender women taking PrEP.

Adherence may be key

The other important finding immediately apparent from HPTN 084 was that the difference in efficacy was due to relatively low adherence in the women taking the oral TDF/FTC pills. Levels of tenofovir were measured in a subset of 362 women in the oral arm.

Less than two-thirds of the women (64%) had levels of tenofovir higher than 0.31 nanograms per millilitre (ng/ml) of blood, which is the level analogous to having taken any tenofovir in the last week. In contrast, 87% of participants taking TDF/FTC in HPTN 083 had at least this much in the blood.

“We have never seen such reductions in HIV incidence before in cisgender women taking PrEP.”

And less than half the women (48%) had levels above 40 ng/ml, which indicates daily dosing. Although this adherence was, in fact, higher than that observed in several other studies of oral PrEP in women, in contrast, 75% of the HPTN 083 participants had levels indicating daily dosing.

There were still four infections in the women given injectables, but this contrasts with twelve in HPTN 083.

The only side effects seen that were significantly more common in women on cabotegravir were injection side reactions (pain, redness, swelling etc), which were reported by 32% of women on the cabotegravir arm versus 9% given the placebo injection, thus showing it really was the drug that caused them. However no woman pulled out of the study due to injection site reactions. Not unexpectedly, gastrointestinal disorders and nausea were more common in the TDF/FTC arm; it will be interesting to see if they had an effect on adherence.

Principal investigator Dr Sinead Delany-Moretlwe of the University of Witwatersrand in Johannesburg hailed the result as a major step forward for HIV prevention for young women. In southern Africa, they are at twice the risk of HIV than young men.

Now that the trial has been stopped, the participants will be informed of the trial results and cabotegravir injections will be made available to all of them. If women in the TDF/FTC arm do not wish to receive the injectable PrEP, they will be offered FTC/TDF pills until the originally planned study end. This will be the open-label extension phase of HPTN 084.

The World Health Organization (WHO) hailed the study in a press release. “A long-acting injectable formulation has the potential to improve the prevention effect without relying on adherence to a daily oral PrEP regimen, and to increase prevention choices and acceptability among women,” it said.

However WHO warned that there were many hurdles to cross before injectable PrEP became a reality for young women at risk of HIV, and a number of important questions remain unanswered.

“The most perplexing unanswered question remains the ‘long tail’ problem.”

Many women in Africa catch HIV before the age of 18, and we don’t know about safety in adolescents. A study in 15 to 18-year olds has started at three sites to investigate this.

Read More:  What if diazepam kills

We also don’t know about safety during pregnancy and breastfeeding. Cabotegravir is similar to dolutegravir, a drug that was in 2018 suspected of possibly causing neurological defects in foetuses. After this development, participants in HPTN 084 were given long-acting reversible contraceptives, so there were very few pregnancies in trial participants. The latest data failed to show a link between dolutegravir and birth defects, but monitoring for adverse pregnancy and foetal outcomes still needs to be done during the open-label part of HPTN 084.

The most perplexing unanswered question remains the ‘long tail’ problem. Injectable cabotegravir, precisely because it is long-lasting, can persist in the body for well over a year, and for longer in women than men. During this time, drug levels would not be sufficient to prevent HIV but could be enough to generate drug resistance if someone was infected – as has happened in at least one documented case, with a different injectable drug.

The current recommendation for the HPTN 084 trial participants who discontinue the cabotegravir injections is to take TDF/FTC to ‘cover’ this tail with an oral regimen. This may not be feasible, desired, or necessary in real-world settings, though. We may get more data about the risks of HIV infection and resistance from the open label extension.

Finally, WHO warns, it’s unclear how an HIV prevention intervention that requires HIV-negative people to go for an injection every eight weeks will be delivered. The low low incidence in the cabotegravir arms of HPTN 083 and 084 suggest study participants attended most of their appointments on time, but these were clinical trials with access to additional resources to support adherence. But how it is to be delivered in real-life settings and the funding, training, staffing and logistical arrangements that may be needed will need to be evaluated in implementation studies – which are under way.

“It is also important to temper expectations,” says WHO. “There are still some important safety and implementation issues to address.”

“It is likely to be more than a year before CAB LA will be more widely available,” it adds. Until then, “Oral daily PrEP remains an effective prevention option for anyone at substantial HIV risk.”