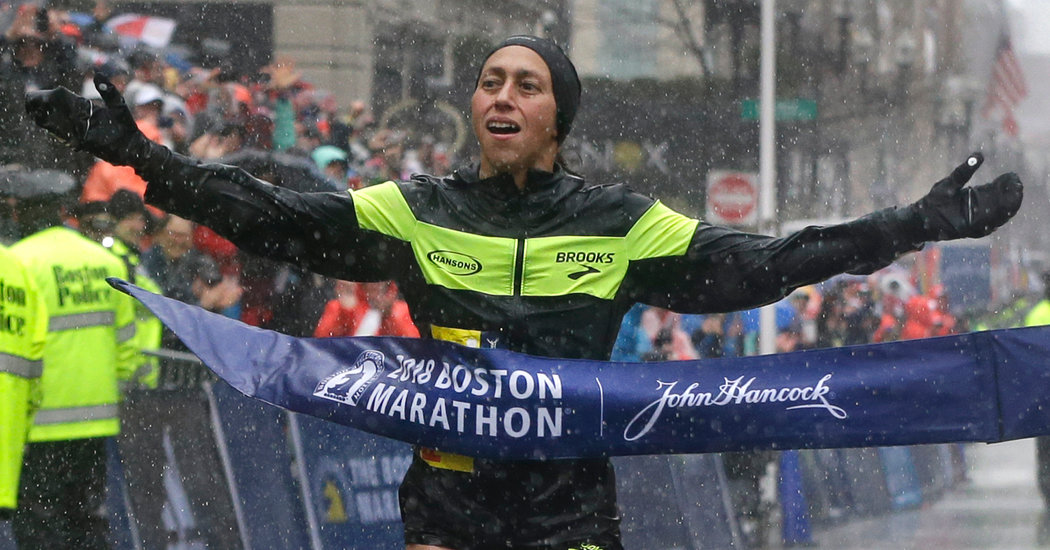 Welcome to the Running newsletter! Every Saturday morning, we email runners with news, advice and some motivation to help you get up and running. Sign up here to get it in your inbox.

As 2018 winds down, here’s a look back at the big running stories we talked about. (And here’s a roundup of New York Times coverage of the year in fitness.)

Who Is a Runner?

In a Bloomberg story, Jim Weber, the chief executive of Brooks, said that someone like me, who doesn’t run professionally, isn’t really a runner, a comment that made a lot of devoted Brooks fans wonder who was paying his salary (and got me accused of secretly being a shill for a Brooks competitor when I wrote about it). Weber walked the comment back, and Brooks is still a major force in the American running shoe market (and that dude who accused me of being a nefarious reporter apologized).

Whoopsie — the fitness-tracking app Strava gave off enough information that an Australian college student could figure out where United States military bases were. In August, the Pentagon implemented a new policy that prohibited the use of GPS software in combat zones.

Roger Bannister, who was the first athlete to break the 4-minute mile in 1954, died in March. Sub-4 is now something that high schoolers do, but at the time, The Times reported that he had reached “one of man’s hitherto unattainable goals.”

After just missing first place in 2011, Des Linden finally won Boston, becoming the first American woman to do so since 1985. I talked to her briefly after the win, and then again before she ran the New York City Marathon. She’ll be running Boston again in 2019. Also running in 2019: Sarah Sellers, the nurse anesthetist who finished second (and is now sponsored).

Japan’s serial marathoner won Boston too, three weeks after running a half marathon in a panda costume. “I want to entertain people a bit,” he told Jeré Longman, and he continues to entertain. He’s also planning on returning to Boston in 2019.

As marijuana becomes legalized in more states (and now in Canada), runners are increasingly open about using it to help with training or recovery, in both its THC and its CBD form. I wrote about it, and a lot of other outlets did too, to the point that the site Dumb Runner parodied the stories. I tried it — and I was extraordinarily interested in my shadow.

Will Nike’s $ 250 “magic speed shoes” make you run faster? We looked at the Vaporfly 4% shoes twice this year. I heard at least one person say he wanted to run out and buy them right before the New York City Marathon. Don’t do that! You never want to wear new-to-you gear right before a big race. And there is no magic bullet to being faster. As Lindsay Crouse pointed out, Mary Keitany, who won the New York City Marathon for the fourth time, runs in Adidas.

In July, Mollie Tibbetts, an Iowa college student, was killed while running. An undocumented immigrant was charged, and her death became fodder for political rage. But it also restarted a conversation about men who attack women while we do something that’s supposed to be good for us. “Just as our bodies learned how to sprint around the curve of a track, our muscles learned to tense up when men honked their horns as they passed us. And just as we learned to use that nervous feeling in our gut before a race to propel us across the finish line, we also recognized the gut feeling that told us a trail wasn’t safe to run on alone,” Talya Minsberg wrote. I’ve been asked to comment on “women in peril!” stories about runners being attacked since, and I won’t because the focus is almost always in the wrong place. As I wrote then, “If your response is to suggest ways women can be safe while running, realize that puts that onus on us, and blames us for it happening. The only ones to blame are the people attacking women for doing something so ordinary, and a society where it has become so common that, unless a tragedy is thrown into the chum of anti-immigration commentary, it barely registers anymore.”

Is There One Right Runner Body Shape?

Right before the New York City Marathon, Lindsay Crouse wrote about the pro runner Allie Kieffer, who had been told she was too big to run marathons professionally (and has since proved those people wrong). It opened up a conversation about whether an ideal body shape for an athlete exists at all.

When I started getting texts and messages about a brewing controversy at Rowan University, I thought “Rowan? Really?” Rowan is not that far from where I live, and not the biggest school around, but was suddenly in the news: The cross-country teams had been booted from the track that rings the football field, and one runner said it was because the women were running in sports bras. Turns out there had been an informal policy that athletes must wear shirts during practice — though a clarification of the rule has changed this to allow women to run in sports bras only.

What do you think we’ll be talking about in 2019? Let me know! I’m on Twitter @byjenamiller.

Jen A. Miller is the author of “Running: A Love Story.”