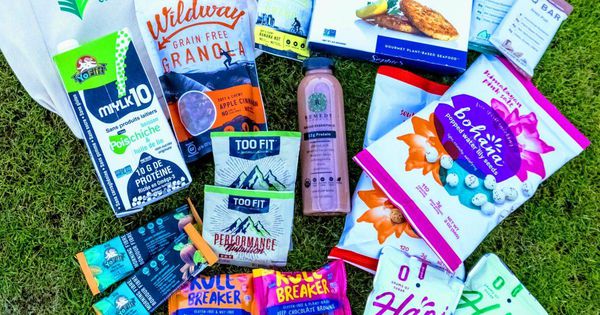 PepsiCo announced last week that it will acquire U.K.-based snack maker Pipers Crisps, the latest in a series of acquisitions that are a key part of the company’s growth strategy. The brand makes familiar crisps, but its newest products, Pipers Crispeas, are high-protein, high-fiber, pea-based snacks that play in the better-for-you space.

It’s a space where PepsiCo is becoming increasingly at home.

The company that used to be known for its sugary sodas and salty snacks is rapidly growing its investment in plant-based products and other food and beverage brands that are focused on health, wellness and sustainability.

“We continue to position ourselves at the forefront of changing consumer preferences and trends,” PepsiCo North America CEO Al Carey said when the company announced its acquisition of Health Warrior.

The most recent acquisitions in the healthy snacking and better-for-you beverage arena have been established brands with significant sales and distribution. But PepsiCo’s also looking ahead with its Nutrition Greenhouse project.

On Monday, the company released the list of the first 10 startups for the first round of the program in the U.S.

The companies receive $ 20,000 from PepsiCo at the start of the program, along with mentorship and support to help them achieve specific, growth-oriented goals. At the end of six months, the company that has come the furthest will receive an additional $ 100,000.

“The Greenhouse companies are a reflection of where the consumer is,” he said.

Mentorship and advice will come from executives in PepsiCo’s established brands including Quaker Oats, Naked Juice and KeVita, a kombucha brand it acquired two years ago.

The roster of 10 companies selected for the Nutrition Greenhouse includes Remedy Organics, a plant-based functional beverage maker that began with a food-as-medicine strategy, said Cindy Kasindorf, who founded the brand with her husband, serial entrepreneur Henry Kasindorf.

Remedy Organics’ beverages are made with superfoods and fresh ingredients like hemp seeds, turmeric and spirulina, which are listed on the front of the clear bottles.

Cindy, a nutritional health counselor, dreamed up the idea for the company after she introduced her clients to plant-based beverages and other natural remedies and saw that they were helping, she said.

The venture began in her home kitchen, where she made enough to sell at the local bagel shop. Her story and her passion sold the products, she said, and today the drinks are sold at more than 1,000 stores in the New York metro area including Wegmans, Whole Foods Market and Shop Rite.

The husband-and-wife team sought expert advice from the beginning and the Nutrition Greenhouse will allow them to do that on a larger scale as they expand nationally and develop new product lines.

“We’re using this a vessel for our mission to bring better food to the world through mainstream channels,” Cindy said.

Rule Breaker Snacks, another Greenhouse company, has already overcome some significant hurdles to growth, starting with its name.

Nancy Kalish started the venture to devise healthier versions of the treats that daily tempted her sweet tooth. Kalish named the startup Pure Genius and started promoting her chickpea-based brownies and other baked goods at trade shows, only to find out the name she hoped to trademark was already taken.

Kalish cried a tear or two, then came up with Rule Breaker.

“It hit me that we really are rule breakers, we’re disrupting the snack industry,” she said.

A tougher challenge cropped up when the brand tried to expand into more retail outlets. It already had a distribution deal with Whole Foods Market, which had helped the brand get set up to deliver the product to the store frozen, where it was defrosted with a shelf life of three weeks. Other retailers needed the product to stay fresh for much longer, so it was back to the drawing board, this time with food scientists.

About a year ago, the team started from scratch and reformulated the recipes to create a product that’s shelf-stable for a year, she said.

“I honestly think that opened the door to a lot of bigger retailers who didn’t want to touch us with a 10-foot pole before,” she said. “Without that I don’t think I would have been in a position to apply for the Nutrition Greenhouse.”

Now the products are in Wegmans and Kroger stores and available via Amazon, and Rule Breakers faces new challenges.

“Now big retailers do want us and we need some help with that,” she said.

Her team is dedicated and working seven days a week, she said, but it’s a small group and there’s no time left for big-picture planning and strategizing for not only keeping up with existing demand but also driving growth. That’s where PepsiCo’s program comes in.

“I want to learn about e-commerce and customer acquisition and scaling up so that we don’t overextend ourselves,” she said.

Kalish met with her mentor for the first time last week and, in addition to the welcome advice on offer, she enjoyed her first chance in years to take a break from putting out fires and just talk about her business and feel nurtured by someone who was there to listen and help.

Plant-based seafood company Sophie’s Kitchen began with a passion for solving the global problem of overfishing and the looming challenge of feeding the more than 9 billion people expected to inhabit the planet by 2050, said founder Eugene Wang.

“A lot of the Asian countries consume a lot of seafood and I think I’m possible the best ambassador to help the world correct the problem [of overfishing,]” he said.

Wang’s family has been making vegetarian food for half a century, often using the Asian root vegetable called konjac that’s the base of the shrimp, crab and other vegan seafood dishes sold under the Sophie’s Kitchen brand.

“Demand for anything plant-based, especially seafood, is growing around the world,” he said.

Now that the eight-year-old company’s products are in grocery stores around the country, Wang has a new goal he hopes to get help with during the PepsiCo program – foodservice.

“Shrimp alone is an over $ 1 billion market in U.S. foodservice, not to mention the global market, so a lot of foodservice operators are talking to us,” he said.

The group of applicants for the Greenhouse was bigger and more diverse than PepsiCo expected and the 10 selected reflect that, Grubbs said.

“The common thread among the companies is that they’re all really passionate and focused in terms of their personal missions, they’re clean ingredients focused and putting new spins on the category,” he said.