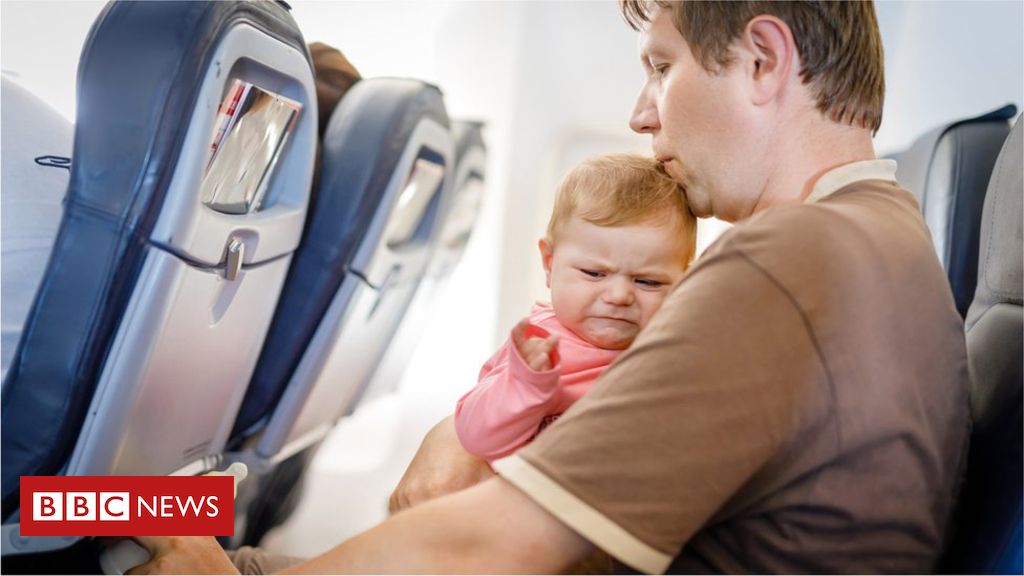 Medications for children should be placed in hand luggage on a flight in case they become ill during the journey, a new study suggests.

US experts say most in-flight incidents involve common conditions that should be easily treated – but airlines often fail to carry children’s medicines.

They say their analysis should provide a “shopping list” for airlines.

A UK expert said parents preparing for their summer break should ensure they had suitable medications with them.

The team from Duke University in North Carolina looked at data on 75,000 medical incidents from 77 airlines on six continents between January 2015 and October 2016.

Around 11,000 involved children and teenagers aged up to 19.

Nausea and vomiting were the most common conditions, seen in a third of incidents, followed by fever or chills (22%) and acute allergic reactions (5.5%).

About 16% of total cases resulted in a child needing additional care on landing, the Annals of Emergency Medicine study found.

What can you take on a flight?

You are allowed to take “essential medicines” of more than 100ml, including liquid dietary foods and inhalers as well as medical equipment.

But you do need to have a letter from your doctor or a copy of the prescription with you.

And staff might need to open containers at security. Tablets are also permitted.

They do not have to carry items like asthma inhalers, antihistamines or adrenaline pens. So, while some do, if a child has asthma or an allergy, they should have their own devices with them.

Read More:  8 Things To Do Immediately About Food Packaging Supplies

But anyone who has a medical condition, or whose child does, can talk to their airline ahead of travelling if they have concerns.

And doctors suggest parents take “child-safe” doses of common medicines like liquid paracetamol for fevers, or rehydration salts for sickness and diarrhoea, so they know they have the right dose.

‘Children are not mini adults’

The team said that the likelihood of an airline having an appropriate remedy on board for a child was slim.

Aircraft first aid kits often do contain asthma inhalers, antihistamines and aspirins, but the medications tend to be in pill form, which many youngsters are unable to swallow, or in adult dosages.

“For example, remember to carry your child’s medicine on to the plane rather than leaving it in checked baggage, since on-board emergency medical kits currently are not tailored to address issues most commonly experienced by paediatric travellers.

“Both airlines and parents should be aware of the most common illnesses and be prepared to deal with them.

“But for right now, if you are a parent travelling with a child, we recommend you carry on the medications you think your child might need.”

Dr Donald Macgregor, of the Royal College of Paediatrics and Child Health, said: “Children are not mini adults and therefore need medication that is safe and suitable for them.

Read More:  Children With Asthma Prescribed More Antibiotics Than Those Without

“As schools break up for the summer, and families plan their holiday, parents can familiarise themselves with common illnesses and travel with suitable medication, allowing them to deal with illnesses if they were to find themselves in this situation.

“This will also help put their mind at ease so they can enjoy their break.”