A judicial ruling this month that will stop questionable stem-cell treatments at a clinic in Florida is widely seen as a warning to a flourishing industry that has attracted huge numbers of patients, who pay thousands of dollars for unproven, risky procedures.

But with little regulatory oversight for the hundreds of clinics operating these lucrative businesses across the country, it’s too soon to tell how far the impact might reach.

The decision, by a federal court on June 3, empowered the Food and Drug Administration to stop U.S. Stem Cell, a private clinic in Sunrise, Fla., from injecting patients with an extract made from their own liposuctioned belly fat.

The clinic had claimed that the extract contained stem cells with healing and regenerative powers that could treat a range of illness and injuries, from back problems to Parkinson’s disease, arthritis, and heart and lung diseases.

But medical experts say there is no proof that these treatments work, and three patients, who each paid $ 5,000 to be treated at U.S. Stem Cell in 2015, went blind after the fat extracts were injected into their eyes to treat macular degeneration.

In granting the F.D.A.’s request for an injunction against the clinic, Judge Ursula Ungaro agreed with the agency that extracting stem cells from fat requires so much processing that it essentially transforms them into a drug. That alteration firmly places such treatments under the jurisdiction of the F.D.A., which has the authority to regulate drugs.

“There is a reasonable likelihood that the defendants will continue to violate the Food, Drug, and Cosmetic Act,” the federal law that gives the F.D.A. its regulatory authority, Judge Ungaro wrote. She also noted that when the agency warned U.S. Stem Cell about unsafe practices at the clinic, the company responded not by correcting the problems, but by arguing that it was exempt from F.D.A. regulation.

Melissa Shuffield, a spokeswoman for U.S. Stem Cell, said it would decide whether to appeal the ruling once the formal injunction was issued. The company has agreed to stop performing the procedure.

While the court’s ruling is binding only in the district where it was issued, it may influence judges in other areas hearing similar cases. As many as 500 clinics perform similar procedures involving fat, experts estimate. But it’s unclear at this early stage whether the companies will heed the judge’s warning.

Paul Knoepfler, a stem-cell researcher at the University of California, Davis, said: “My sense is that probably a lot of people are going to get scared off by this.”

“Some physicians do worry about the F.D.A., but it’s surprising how many haven’t been concerned about it,” he added. “They just keep on going unless they directly are subject to some kind of action. But my sense is that a federal district judge ruling is going to mean more than just a vague warning from the F.D.A.”

Read More:  How to eat to reduce acne

Although he considered the ruling a positive step, Dr. Knoepfler said, “I do think it’s a shame it took so long to get to this point. Along the way, people got hurt.”

He said Dr. Scott Gottlieb, the former F.D.A. head, deserved much of the credit for pushing the agency to try to rein in stem-cell treatments.

Some clinics may just keep providing the treatments, hoping the F.D.A. won’t initiate a broader crackdown, while others might move their operations overseas or shift to other unproven injections with stem cells derived from bone marrow, umbilical cord blood, or birth tissues like the placenta or amniotic membranes.

The industry has grown so fast that the F.D.A. has barely been able to keep up. Lacking the resources to chase every clinic and company, the agency has instead taken what it calls a “risk-based” approach, going after so-called bad actors that have harmed patients or were found to be performing risky procedures likely to injure someone.

But that strategy means that in some of the worst cases, the agency did not act until after people were harmed.

“There are many cases of companies making unsubstantiated claims about the potential for stem-cell treatments to prevent, treat or cure serious diseases, and in those cases, we are committed to taking action and protecting patients,” an F.D.A. spokeswoman, Stephanie Caccomo, said in an email.

But in 2017 the agency gave stem-cell businesses a three-year grace period in which the F.D.A. has mostly looked the other way and waited for businesses to ask what rules applied to them and what they had to do to comply. The period ends in November 2020, but few businesses have responded.

Although F.D.A. officials have warned that once the deadline passes they will start cracking down, many past “enforcement actions” have consisted of warning letters without real teeth.

Leigh Turner, an associate professor at the University of Minnesota’s Center for Bioethics, called the court decision “meaningful.” But, he added, “It’s not going to automatically make hundreds and hundreds of businesses disappear. Some will decide they’re not up for a fight with the F.D.A.” But others may keep doing fat-based procedures, “and say, ‘The F.D.A. will have to reel us in one by one,’” he said.

In a recent study, Dr. Turner found 716 stem-cell clinics in the United States, a figure he calls a substantial undercount. The real total is probably more than 1,000, he estimated, and slightly more than half are selling fat-derived injections, like the ones given by U.S. Stem Cell.

The next most popular source of stem cells was bone marrow, which also lacks F.D.A. approval except for when it’s used to treat cancer or certain genetic diseases.

He suggested that some clinics might shift from using fat to bone marrow or other substances that they claim yield stem cells: umbilical-cord blood, the cord itself, or extracts from the amniotic membranes or placenta. Such treatments are also unproven and not F.D.A. approved (though cord blood is approved to treat leukemia).

Read More:  These Patients Had Sickle-Cell Disease. Experimental Therapies May Have Cured Them.

The products from birth tissues appeal to some clinics because they can just be purchased and injected, and don’t require procedures and equipment to collect blood, fat or bone marrow from patients.

Some of those treatments have caused real harm. In December, 12 people were hospitalized with severe infections in their bloodstreams, joints or spines after being injected with blood from umbilical cords full of bacteria. The product was made by Genentech and distributed by Liveyon, both California companies.

U.S. Stem Cell, in Florida, already offers treatments made from birth tissues and bone marrow, and has said it plans to continue doing so even though the company will obey the court order and stop using fat extracts.

In theory, Dr. Turner said, the F.D.A. and the courts might apply the same reasoning to some other stem-cell products that they applied to treatments derived from fat: The amount of processing required may turn the final product into a drug, and make it subject to F.D.A. oversight and rules.

Lung specialists say they have been especially concerned about the aggressive marketing of stem cells via websites to people with pulmonary fibrosis, a deadly disease that is difficult to treat. A foundation dedicated to the illness has warned patients that “experimental treatments provided by unregulated, commercial stem-cell centers have the potential to cause great harm to individuals who are dealing with this life-threatening disease.”

There are legitimate clinical trials of stem cells in lung disease, but not at the for-profit clinics, the foundation said.

Dr. Sonye K. Danoff, a pulmonologist at Johns Hopkins Medicine, said she saw two patients several years ago with severe lung disease who had been lured to clinics in Florida. Their blood was drawn, then “hocus-pocus happened,” she said, and the blood was infused back into them.

It had no apparent effect, and both patients, who paid from $ 15,000 to $ 20,000 out of pocket for the treatment, wound up feeling they had been scammed. Both eventually died of lung disease.

“They are preying on people who are desperate,” Dr. Danoff said. “Just yesterday, in clinic, I had a patient say, ‘Hey, I saw an ad for this place, they give you this cell treatment that makes you better.’ This is an incredibly deceptive practice.”

Dr. Knoepfler and Dr. Turner both suggested that the court ruling could prompt some stem-cell businesses to open clinics overseas. One company, Regenexx, set up a clinic in the Cayman Islands after it lost a court case and was forbidden to treat patients with bone-marrow stem cells that it was culturing to increase their numbers. (The F.D.A. considers culturing and multiplying the cells in the lab risky, because it might lead to mutations, even cancerous cells.)

Read More:  How to against depression

A Texas company, Celltex, which uses fat and cultures the cells, moved its treatments to Mexico after receiving warnings from the F.D.A. It still makes the fat extracts in Texas, but patients must then travel to Cancun, Mexico, for treatment.

Dr. Aaron S. Kesselheim, a professor of medicine at Harvard Medical School who also teaches at Yale Law School, said: “It is a good sign that the F.D.A. can make a successful argument to a judge that this particular procedure crosses the line. It’s also good because there are substantial risks associated with this procedure.”

The ruling should also put other clinics on notice, he said. But he added that the F.D.A. needs more resources to pursue additional cases because clinics are in business with little oversight.

Patricia J. Zettler, an expert on F.D.A. rules and an assistant professor at the Ohio State University Moritz College of Law, called the court ruling “a preliminary but important victory for the F.D.A. and the public health.”

It boded well for another case, she noted, in which the agency is seeking an injunction against a stem-cell business, the Cell Surgical Network, based in Beverly Hills and Rancho Mirage, Calif., with dozens of affiliates around the country. A Florida patient went blind after one of the affiliates injected a fat extract into her eyes.

But in an email, a founder of the network, Dr. Mark Berman, said that U.S. Stem Cell should not have lost its case, and added, “It won’t happen to us.” He says that the fat-based treatments the network uses are patients’ own body parts, not drugs, and should not be regulated by the F.D.A.

Michael Werner, a co-founder and senior policy counsel for the Alliance for Regenerative Medicine, an advocacy group for patients and companies involved in gene and cell therapy and tissue engineering, said the judge’s decision to shut down the treatments at the U.S. Stem Cell was “a really encouraging development.”

The clinic’s staff, he said, “are manipulating and processing human cells and are administering them into a person and are doing so without a clinical trial and they don’t have product approval. They are also making claims about the efficacy of this treatment that are unproven. 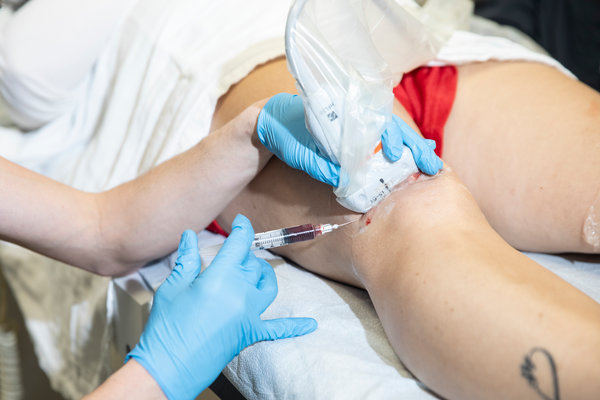 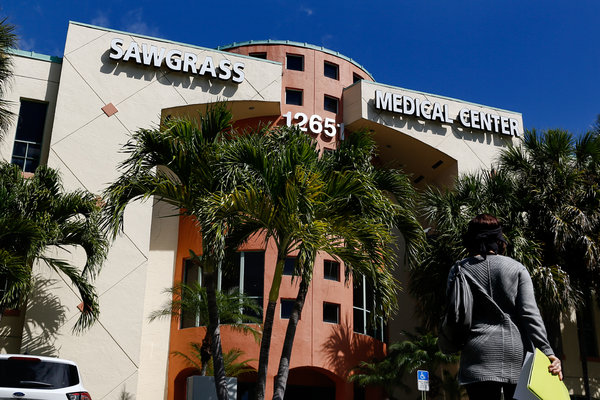 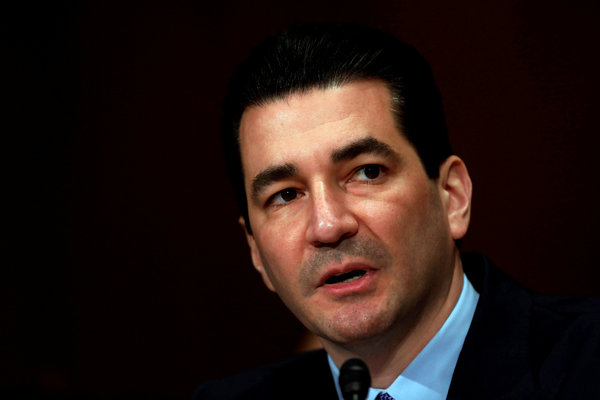