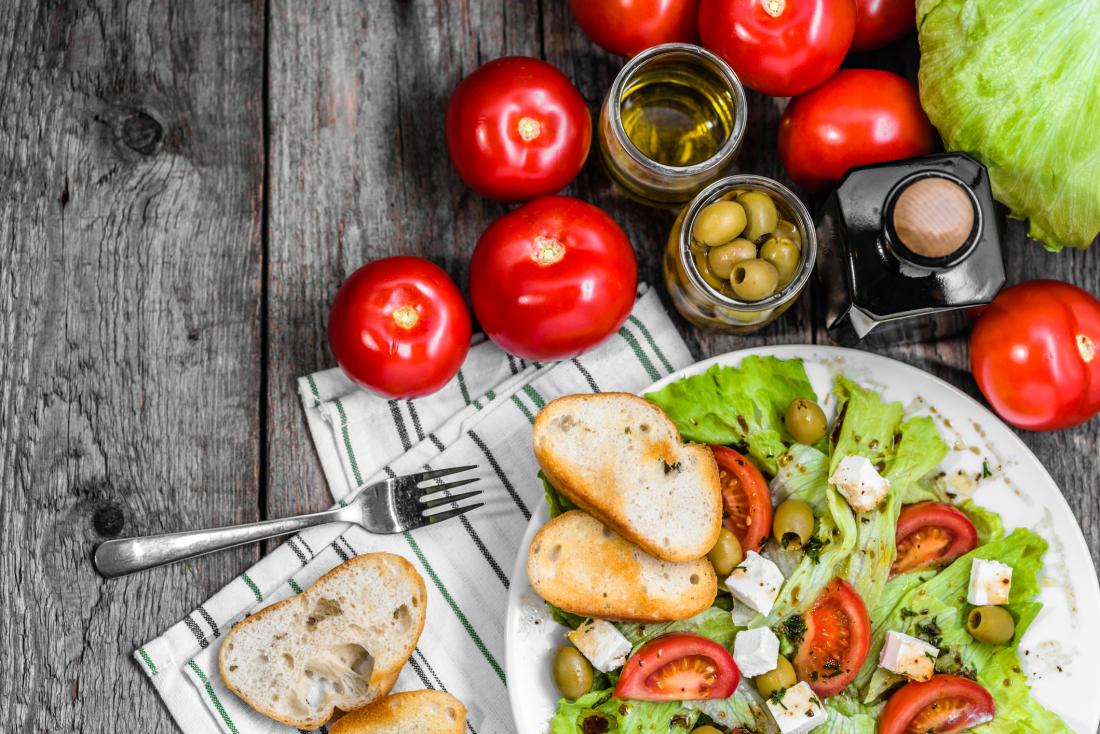 Is reducing stroke risk another benefit of the Mediterranean diet?

When it comes to alleged health benefits, the Mediterranean diet fares incredibly well.

Increasing one’s intake of fresh fish, nuts, fruits, cereals, and potatoes while reducing dairy and meat seems to be a veritable panacea.

In recent years, the diet has grown in popularity, and a body of research has now developed to support many of the varied health claims.

Studying the impact of dietary choices on a population is notoriously challenging, but the amount of evidence supporting the benefits of the Mediterranean diet is close to overwhelming.

Recently, the Universities of East Anglia, Aberdeen, and Cambridge — all in the United Kingdom — joined forces to discover whether everyone’s favorite diet might also reduce the risk of stroke. Earlier this week, their findings were published in the journal Stroke.

In all, the study used information from 23,232 white people, aged 40–77, over a 17-year period. The data were taken from the European Prospective Investigation into Cancer study, a project initially set up to investigate “the connection between diet, lifestyle factors, and cancer.”

To gauge the participants’ diets, the scientists asked them to use 7-day diaries; everything that they consumed was noted down for a 1-week period. This method is more reliable than the often-used food-frequency questionnaires, which ask participants how frequently they tend to eat certain items.

Read More:  This New Flu Virus Has ‘Pandemic Potential,’ Here Are 7 Reasons Why

The authors say that this is the first time that 7-day diaries have been used on such a large group of people.

Next, they assessed how closely each participant followed the Mediterranean diet and sorted them into four groups depending on how cloesly they adhered to it.

The team concluded that a Mediterranean-style diet reduced the risk of stroke by 17 percent.

When they split the data into men and women, the effect was much more pronounced in women; those who followed the diet most closely had a 22 percent reduction in stroke risk. However, among men, there was only a 6 percent reduction, which was not statistically significant.

“It is unclear why we found differences between women and men, but it could be that components of the diet may influence men differently than women.”

Benefits for those at risk

There are other potential variables that might help explain the sex differences in stroke risk. Welch explains, “We are also aware that different subtypes of stroke may differ between genders. Our study was too small to test for this, but both possibilities deserve further study in the future.”

When looking at people already at risk of cardiovascular disease, the data revealed that, across all four groups of Mediterranean diet scores, there was a 13 percent reduction in stroke risk.

This effect was, again, predominant among women, who saw a 20 percent reduction in risk.

“Our findings provide clinicians and the public with information regarding the potential benefit of eating a Mediterranean-style diet for stroke prevention, regardless of cardiovascular risk.”

The health benefits of the Mediterranean diet appear to know no bounds. However, it is important to note that this is an observational study, and, therefore, cannot prove cause and effect. More studies will be sure to follow.