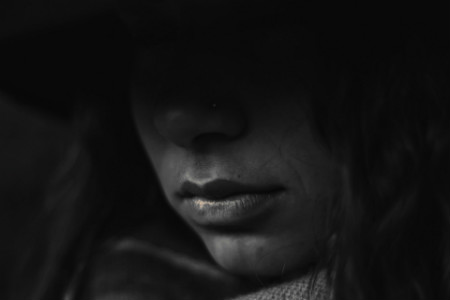 Pregnancy-associated mortality, defined as the death of a woman during pregnancy or within one year of the termination of pregnancy, is increasing in Massachusetts.  In 2012, there were 30.4 deaths/100,000 live births. In 2014, the rate increased by 33%, to 40.4 deaths per 100,000 live births. Because pregnancy-associated mortality rates have historically been relatively low in Massachusetts, this shift has led to further inquiry by the Massachusetts Maternal Mortality and Morbidity Review Committee (MMMMRC).

In order to understand the contribution of substance abuse to this upward trend, researchers identified pregnancy-associated deaths occurring in Massachusetts during 2005–2014 through the linkage of birth certificates and fetal death records to death certificates of reproductive-age women and through mandatory reporting to the Department of Public Health.

Between 2005 and 2014, there were a total of 199 pregnancy-associated deaths identified in Massachusetts. Approximately one in five pregnancy-associated deaths (20.6%; n=41) were related to substance use.  Researchers observed an increasing trend in the proportion of substance use-related deaths over the study period, rising from 8.7% in 2005 to 41.4% in 2014. This trend parallels the increase in opioid overdose deaths seen in Massachusetts during the same time period.  Researchers noted that more than a third (38.3%) of the deaths among women delivering a live birth between 2011 and 2015 were fatal opioid-related overdoses. The majority (90.2%) of the substance use-related deaths occurred during the postpartum period, between 42 and 365 days after delivery.

Massachusetts, like the rest of the United States, is in the midst of an opioid use and overdose epidemic.  In Massachusetts, the total number of opioid overdose deaths has increased fivefold over the last 20 years, with the most sharp rate of increase observed between 2013 and 2014. According to a recent report from the National Center for Health Statistics, life expectancy in the United States has been decreasing over the last three years, and this is largely a result of increasing numbers of fatal opioid overdoses.  This study suggests that pregnant and postpartum women are following the same trend.

In 2015, the American Congress of Obstetricians and Gynecologists (ACOG) recommended that clinicians screen women at least once during the perinatal period for depression and anxiety symptoms using a standardized screening instrument (ACOG Committee Opinion, Screening for Perinatal Depression).  The data reviewed here suggest that obstetric providers must also be vigilant for substance use disorders. Obstetric providers caring for pregnant and postpartum women are uniquely positioned to intervene effectively by screening and assessing women for substance use disorders and then referring women to appropriate treatment.

Last year ACOG released recommendations regarding universal screening for opioid use disorders in women during the perinatal period.   This Committee Opinion includes a list of standardized screening tools for this purpose.  In addition, the Massachusetts Perinatal Quality Collaborative provides a useful set of resources for obstetric providers: Maternal Opioid Use During Pregnancy.