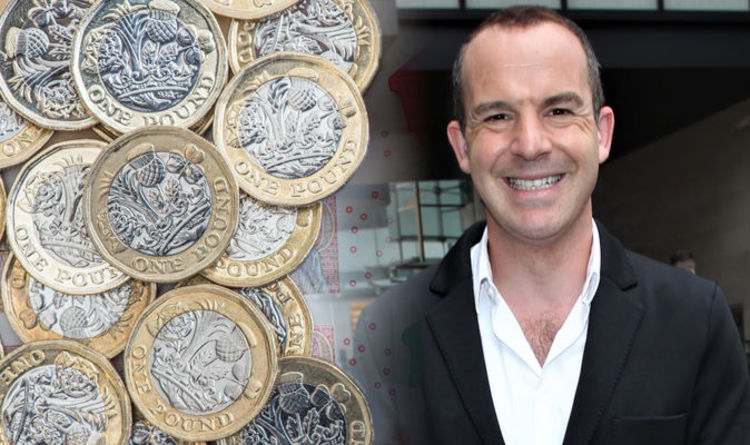 Martin Lewis, 46, is on a mission to help people save money where possible, particularly in the run up to Christmas, which is notorious for being an expensive time of year.

The Money Saving Expert appeared on ITV’s This Morning yesterday, and included in his money saving deals was the cheapest rate loans available right now.

Martin advised: “Borrowing should only be done when needed, if it’s planned, budgeted for and you are sure you can afford the repayments – if not, don’t do it.”

But the financial journalist did say if you are going to borrow, and need a large amount, then there are two banks to go with.

He said: “Admiral Bank has recently launched the joint cheapest rate at 2.75 per cent rep APR, which you can repay over one to five years.

“Sainsbury’s Bank also offer this rate, but you need its free Nectar card, and max repayment time is up to three years.”

Of course, if you don’t need to borrow as much, then rates get more expensive, Martin warned.

But he said don’t use this as an excuse to borrow more, only do what you need.

He added: “Do remember though all these loans are representative rate, meaning only 51 per cent of accepted applicants get the rate advertised.”

Other deals Martin mentioned to take advantage of was the Nectar double-up promo and annual leave.

Until this Sunday (November 18) you can exchange and spend your Nectar points in Sainsbury’s stores for double its value.

Martin explained: “The most you can spend is £200 in double-up vouchers in any of these 11 categories – cosmetics, electrical, entertainment, fragrance, gifts, homeware, seasonal goods, skincare, Taste the Difference wine, toys and TU clothing.

“So if you’ve a stash of nectar points, now’s a good time to use them.”

Martin revealed how to get 18 days off for the price of 9 when it comes to annual leave.

He said: “Assuming you work the standard Monday to Friday, because of the way the Ester bank holidays fall next year (2019) – (it follows the lunar calendar and tends to move with the Jewish Passover festival) on 19 April (Good Friday) and 22 April (Easter Monday) and the May Day bank holiday on Mon 6 May, by taking nine days annual leave in between those dates (23-26, 29-30 April and 1-3 May), you’ll get 18 consecutive days off work (sorry bosses of the UK).

One of the biggest costs during winter is heating, but is it cheaper to keep your heating on all day or turn it on and off? Martin Lewis has the answer here.

For more ways to save money visit the Money Saving Expert website.