Years ago, I was camping in the Badlands of South Dakota, unaware of how low the temperature would drop at night. I woke up at 3:00 am with a deflated air mattress on the cold ground, shivering and in need of a toilet. I walked to the restroom, where I found a line of women taking turns sticking their heads under the hand dryers to warm up. There was even a dog hanging out, awaiting a turn. That was the only time in my life when I willingly used one of those dryers.

I’ve always preferred paper towel in public restrooms, although I haven’t been sure why. Perhaps it’s because of the loud noise the air blowers make, or the aggressive way the blast of air hits skin, or the fact that my hands always feel damp after one round of hot air and dry-in-a-chapped-way after two. Still, I assumed the air dryers were more sanitary than paper towels because with many of the machines, you have no contact at all, whereas you often have to touch the towel dispensers.

Well, it turns out that there are numerous studies comparing dryers to towels and a lot of controversy on the subject. Some of the studies are industry-sponsored, which makes the data suspect and confusing. Certain things are clear, though. For one thing, you can’t dry your hands if you don’t first wash them after using the restroom, and only about 67 percent of us bother, at least according to one study.1Brueck, Hilary. “Do You Really Need to Wash Hands After Every Bathroom Trip? Here’s the Science.” 23 August 2018. Business Insider. 26 April 2019. http://www.sciencealert.com/do-you-really-need-to-wash-your-hands-after-using-the-toilet Next, using any hand drying method is far better than leaving the restroom with wet hands. Damp skin surface is a magnet for bacteria. If you haven’t done a great job of washing your hands, you’re more likely to spread bacteria to others if your hands are wet. Likewise, drying your hands on your clothing, which about 41 percent of us do, is unsanitary.2Novella, Steven. “Air Dryers Vs. Paper Towels.” 24 October 2018. Science Based Medicine. 26 April 2019. http://sciencebasedmedicine.org/air-dryers-vs-paper-towels/And finally, like me, most people—about 75 percent—prefer paper towels to hot-air dryers.3“The Great Debate: Paper Towels vs. Air Dryers.” Facility Management. 26 April 2019. http://facilitymanagement.com/restroom-paper-towels-air-dryers/

The arguments in favor of paper towels center around studies showing that air dryers fill the air with scuzzy bacteria. A 2011 Mayo Clinic review of 12 studies comparing paper towels to air dryers concluded, “From a hygiene viewpoint, paper towels are superior to electric air dryers. Paper towels should be recommended in locations where hygiene is paramount, such as hospitals and clinics.”

Read More:  Family dentistry struggles to find protective equipment before getting back to normal - WTOC

There are several classes of air dryers. The older models, called “warm dryers” have a snout that blows out air in a directed stream. You usually have to press a button to operate the machine, and you need to hold your hands under the nozzle to get the drying effect. And then there are the newer “jet air dryers” that you insert your hands right into. These work faster and seem very space-age. In both cases, the air blows not only onto your hands but also out into the room, carrying with it whatever bacteria and viruses were on your wet hands and inside the dryer. But the degree of contamination spreading into the room varies substantially, according to the type of dryer.

The warm dryers direct air downward and remove water via evaporation. Since the air is directed to your hands in a concentrated stream, dispersion into the air is minimized. The jet dryers, in comparison, direct air at speeds up to 370 miles per hour in opposite directions to remove water, shooting moist air right into the room. A study from the University of Westminster in London found that jet dryers send 60 times more viruses into the room than warm dryers and 1300 times more than paper towels. What’s truly worrisome is that the microbes don’t die right away and, in fact, remain suspended in the air for an average of 15 minutes. While the microbes can remain at any height, they seem to prefer to linger just about where a kid’s face would be.

An independently funded study just last year measured bacterial contamination in 36 men’s’ and women’s’ rooms at the University of Connecticut4Brueck, Hillary. “Hand dryers can blow fecal material onto your hands, a study found—and the researchers are now switching to paper towels.” 13 April 2018. Business Insider. 26 April 2019. http://www.businessinsider.com/bathroom-hand-dryers-or-paper-towels-which-carries-more-bacteria-2018-4. The researchers held sterile plates up to the jet dryers for 30 seconds and found an average of 60 bacterial colonies had formed on the plates within that time. Among the bacteria found were some alarming disease-forming microbes, such as the staph bacteria. When they exposed the plates to the bathroom air for two minutes without the hand dryers running, the plates grew only one colony or less, on average.5Lee, Bruce Y. “Bathroom Hand Dryers: Another Study Shows How Gross They May Be.” 13 April 2018. Forbes. 26 April 2019. http://www.forbes.com/sites/brucelee/2018/04/13/bathroom-hand-dryers-another-study-shows-how-gross-they-may-be/#3a833ffb6237 And by the way, rubbing your hands together to speed up drying draws microbes to the surface of the skin and releases them. 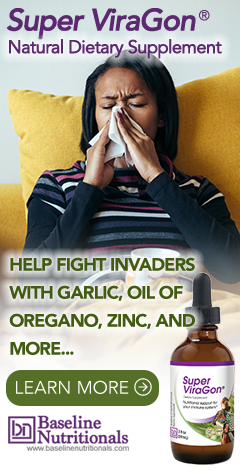 Part of the problem is that when you flush the toilet, it can spray whatever you’re flushing, including fecal residue, up to 15 feet in the air. Anything lingering in the air from the flush can be further dispersed by the hand dryer. Study director Dr. Peter Setlow says, “The more air ya move? The more bacteria stick.”

After completing the study, Dr. Setlow personally gave up using hand dryers, plus, his results inspired the Medical School at the University to switch to paper towels, too. And that’s in spite of the fact that the researchers found that installing HEPA filters cut the bacterial count to one-fourth of what it had been, meaning those with 60 bacterial colonies still measured 15 with the filter installed.

If hand dryers indeed increase contamination in bathrooms and the public largely prefers paper, why would anyone install them? For one thing, they’re cheaper than towels over the long run. According to Restroom Direct, a purveyor of hand dryers, “A hand dryer costs between .02 cents and .18 cents in electricity per dry vs a paper towel that typically costs about 1 cent per sheet.  (That equates to $ 20 in hand dryer costs vs $ 250 in paper towel costs if the average use is 2.5 sheets per dry.)” 6http://www.restroomdirect.com/hand-dryers-vs-paper-towels.aspx

For another thing, air dryers are kinder to the environment than are paper towels, at least according to the dryer manufacturers. The Dyson company, a leading provider of the jet-type dryers, did a 2011 study through MIT in which they concluded that paper towels generate up to 70% more emissions than hand dryers, between the manufacturing process and the transport.7Subramanian, Samanth. “Hand dryers vs.  paper towels: the surprisingly dirty fight for the right to dry your hands.” 25 April 2019. The Guardian. 26 April 2019. http://www.theguardian.com/society/2019/apr/25/hand-dryers-paper-towels-hygiene-dyson-airblade?utm_source=pocket-newtab Again, though, the study was underwritten by the manufacturer, which makes the results suspect. It is true, nonetheless, that towels make more of a mess than do the machines, jamming up toilets, overflowing trash bins, ending up on the floor.

The bottom line is that if you go out in public, the moment will come when you’ll need to use a public restroom, and then you’ll have to decide which hand drying regimen to follow. Sometimes the only choice will be a jet-style hand dryer. Don’t fret about it—you need exposure to some bacteria to bolster your immune system. Just remember to keep your immune system strong so that germs don’t infect you. Eat healthy, exercise, use a good immune-building formula regularly to keep your defenses optimized for when you venture into public places and a good anti-pathogenic formula after the fact on any days you’ve been in public places. And do wash and dry your hands thoroughly no matter whether you towel or blow the water off.

And by the way, if you use paper towels to dry your hands, you’ve got to see this TED talk on how to reduce your use to just one paper towel per hand washing. It’s brilliant.