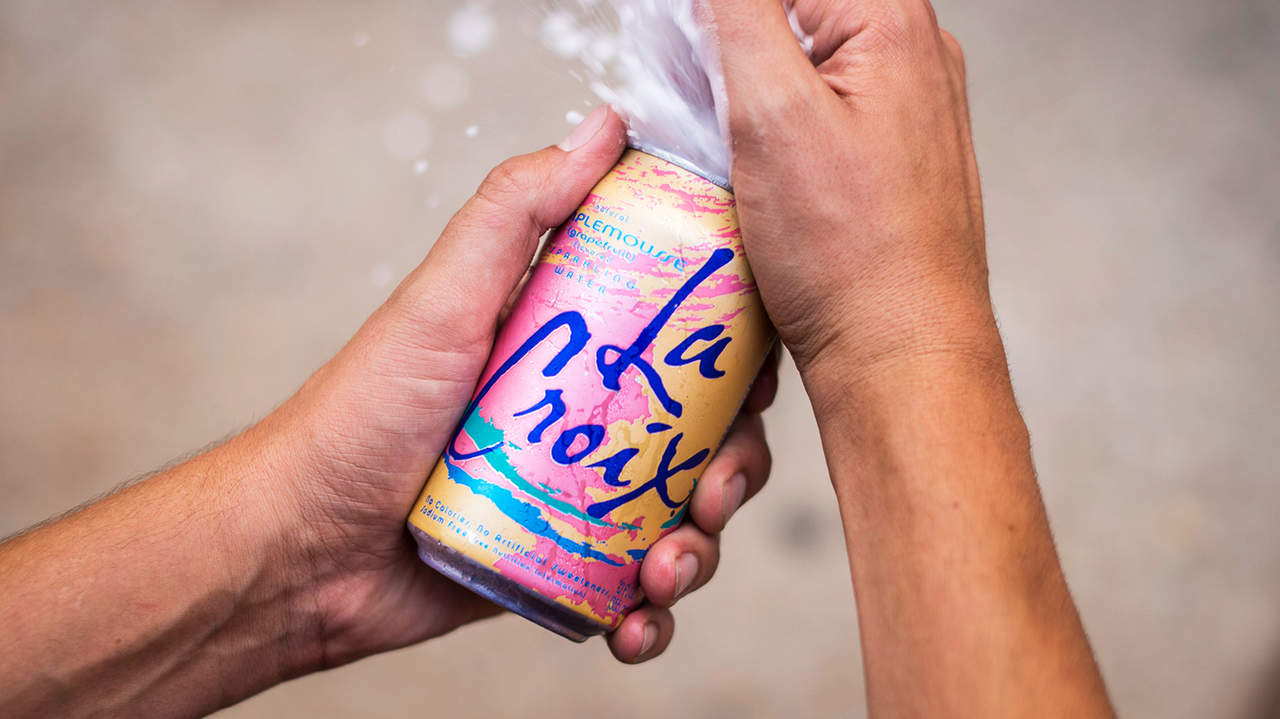 As the hype around LaCroix Sparkling Water has grown over the years, part of the intrigue has been the mystery: How do they pack so much flavor into those cans while maintaining their claim of “100% Natural, Calorie-Free, Sugar Free, Sodium Free, No Artificial Sweeteners.” Despite repeated questioning, the beverage brand has remained elusively coy. But a new lawsuit alleges LaCroix may have another good reason for keeping its mouth shut: The flavored sparkling water might not be as healthy as it claims.

RELATED: Why Your LaCroix Obsession Isn’t So Healthy

Earlier this week, the law firm Beaumont Costales announced that it had filed a class action lawsuit in Illinois’s Cook County against the National Beverage Corporation, makers of LaCroix, alleging that the brand makes “false claims to be ‘all natural’ and ‘100% natural.”

“LaCroix has seen tremendous growth in popularity in recent years, driven presumably by American consumers’ increasing demand for healthier food and beverage options. National Beverage Corporation has seen net sales rise from $ 646 million in 2015 to $ 827 million in 2017,” Beaumont Costales wrote, announcing the suit. “However, LaCroix in fact contains ingredients that have been identified by the Food and Drug Administration as synthetic. These chemicals include limonene, which can cause kidney toxicity and tumors; linalool propionate, which is used to treat cancer; and linalool, which is used in cockroach insecticide.”

Even more damning, the law firm suggests that “LaCroix and National Beverage are aware of the synthetic chemicals contained in LaCroix sparking water, and yet they intentionally misled consumers into believing LaCroix all-natural in order to drive sales of the product.”

As should probably be expected, National Beverage immediately sent out its own statement that “categorically denies all allegations” calling the lawsuit “false, defamatory and intended to intentionally damage National Beverage and its shareholders.”

“Natural flavors in LaCroix are derived from the natural essence oils from the named fruit used in each of the flavors. There are no sugars or artificial ingredients contained in, nor added to, those extracted flavors,” the company explained in its retort. “All essences contained in LaCroix are certified by our suppliers to be 100% natural. The lawsuit provides no support for its false statements about LaCroix’s ingredients.”

RELATED: If You Have a Seltzer Habit, This Is What You Should Know

In National Beverage’s defense, Beaumont Costales statement only mentions that their findings were obtained through “testing.”

The lawsuit, which was filed on behalf of Lenora Rice and anyone who purchased LaCroix under false pretenses, wants LaCroix to alter its labeling and promotion, as is seeking an undisclosed amount of damages.

Meanwhile, National Beverage wrote that it “will vigorously seek actual and punitive damages among other remedies from everyone involved in the publication of these defamatory falsehoods.”

To get healthy eating tips delivered to your inbox, sign up for our newsletter!