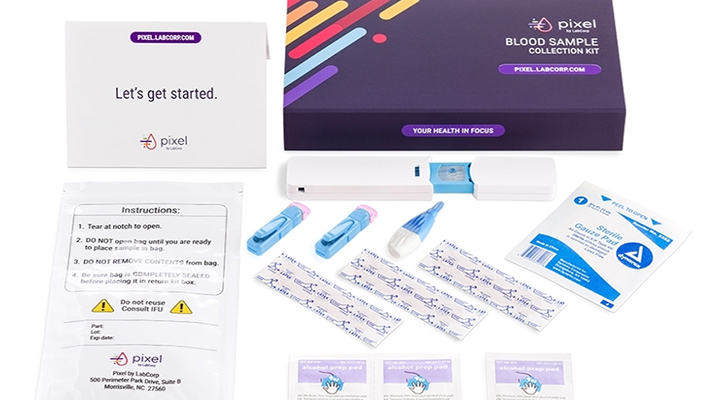 Clinical lab and life science services company LabCorp has signaled its latest consumer-focused shift with the announcement of a self-administered wellness test and online results portal.

Called Pixel by LabCorp, the testing platform is ordered online by consumers, reviewed by a board-certified physician and then delivered to the consumer within a few days. After collecting a blood sample using the kit, it is then returned to LabCorp for testing. Results are available online through the user’s online account a few days after the sample is received.

Consumers are increasingly ponying up for home health testing, and LabCorp appears to have taken notice. This news, along with an announcement earlier in the week of an integration with Apple’s personal health record feature, suggests that the company is very open to expanding its business model beyond traditional lab tests.

“We are seeing a profound shift in consumers’ attitudes and expectations about how they want to access healthcare,” David P. King, LabCorp’s chairman and CEO, said in a statement. “Consumers are focusing on monitoring and improving their health and wellness, rather than reacting to symptoms of disease.”

LabCorp, founded in 1978, is an incumbent that appears to be playing catch up with a recent crop of consumer-focused lab-testing startups — a promising sign for a new category.

It’s safe to say that genetics companies like 23andMe have taken center stage in the discussion of consumer health testing, but plenty of companies less focused on genetics have also sprung up over the years. Mira and inui Health, for instance, each offer connected home urine testing platforms for various health indicators, and both have hinted that their technology could be applied to home blood tests as well. As for those offering mail order blood testing specifically, London-based Thriva and Austin, Texas-based EverlyWell both appear to be moving forward with their D2C offerings.