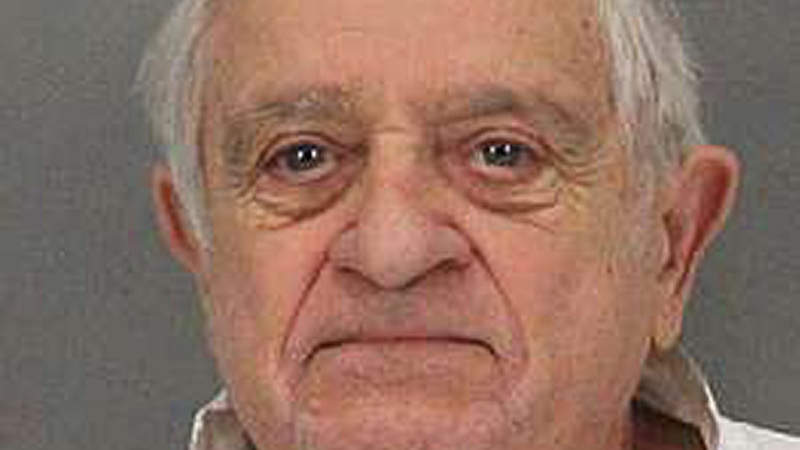 Investigators have charged an elderly California man with killing his 67-year-old stepdaughter after data from her Fitbit, along with surveillance footage, allegedly linked him to the murder scene.

According to police reports obtained by PEOPLE, Anthony Aiello, 90, was detained Sept. 25 on a first-degree murder charge.

Police allege in the report that Aiello slashed and stabbed Karen Navarra, his 92-year-old wife’s daughter, on Sept. 8.

Her remains were found in her San Jose home on Sept. 13 after concerned relatives called police to request a welfare check.

When police arrived, the kitchen knife that had been used to cut her neck and head was found protruding from one of Navarra’s hands.

The police report on the murder alleges Aiello told investigators he last saw Navarra on Sept. 8, when he stopped by her home to bring her food.

He told detectives he was inside Navarra’s residence for no more than 15 minutes, the police report indicates.

But police managed to recover surveillance footage from the neighborhood that they say confirms Aiello’s car was parked in Navarra’s driveway for more than 20 minutes.

The police report indicates that information showed Navarra’s heart rate spiked at around 3:20 p.m. on Sept. 8, at the same time Aiello’s car can be seen in her driveway.

The data also indicates her heart rate started to slow, eventually stopping at 3:28 p.m., according to the police report.

RELATED: How the Latest Apple Watch Could Help Empower Women to Take Charge of Their Health

Aiello has denied being in Navarra’s home at the time of the murder and told police someone else had to have been in his stepdaughter’s house.

“During the interview, Aiello was confronted about the information from Fitbit and the corresponding surveillance video indicating that his car was in the driveway,” reads the police report. “After explaining the abilities of the Fitbit to record time, physical movement and heart rate data,” investigators told Aiello that Navarra had died before he left.

Aiello “denied that he was present when she was killed and suggested that someone else might have been in the house,” the report says.

Aiello is being held without bail.

He will likely be asked to enter a plea during his arraignment Thursday.

It was unclear Wednesday if he was being represented by a lawyer who could comment on his behalf.

Fitbit did not reply to PEOPLE’s request for comment.