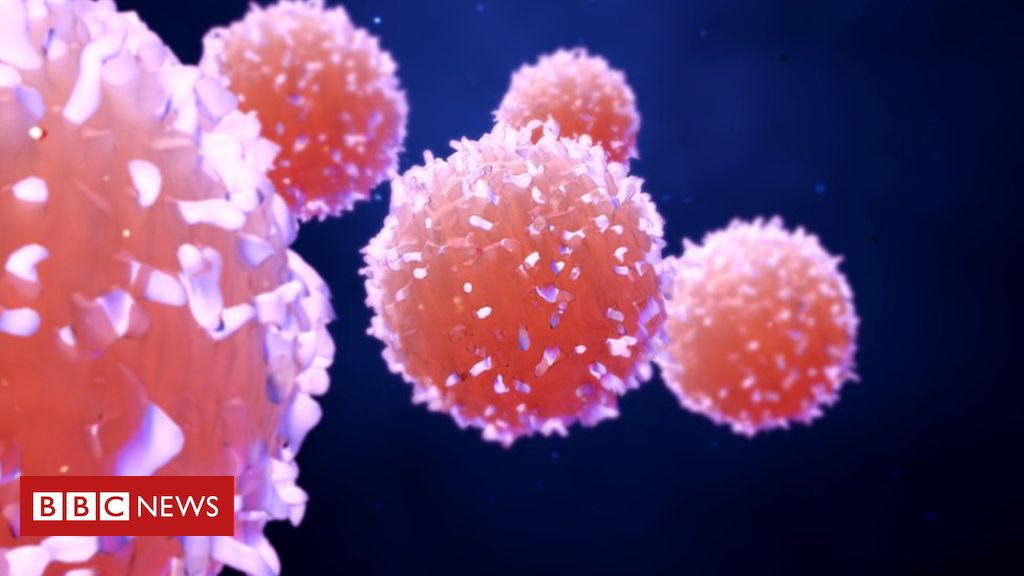 Scientists have taken cancer apart piece-by-piece to reveal its weaknesses, and come up with new ideas for treatment.

A team at the Wellcome Sanger Institute disabled every genetic instruction, one at a time, inside 30 types of cancer.

It has thrown up 600 new cancer vulnerabilities and each could be the target of a drug.

Cancer Research UK praised the sheer scale of the study.

The study heralds the future of personalised cancer medicine. At the moment drugs like chemotherapy cause damage throughout the body.

One of the researchers is Dr Fiona Behan, whose mother died after getting cancer for the second time.

The first course of chemotherapy damaged her mother’s heart, so she was not physically strong enough for many treatments the second time around.

Dr Behan told the BBC: “This is so important because currently we treat cancer by treating the entire patient’s body. We don’t target the cancer cells specifically.

“The information we have uncovered in this study has identified key weak-spots of the cancer cells, and will allow us to develop drugs that target the cancer and leave the healthy tissue undamaged.”

Cancer is caused by mutations inside our body’s own cells that change the instructions written into our DNA.

Mutations corrupt cells leading to them growing uncontrollably, spreading around the body and eventually killing people.

The researchers embarked on a gargantuan feat of disabling each genetic instruction – called a gene – inside cancers, to see which were crucial for survival.

They disrupted nearly 20,000 genes in more than 300 lab-grown tumours made from 30 different types of cancer.

They used a tool called Crispr – the same genetic technology that was used to re-engineer two babies in China last year.

It is a relatively new, easy and cheap tool for manipulating DNA, and this study would have been an impossible feat just a decade ago.

The results, published in the journal Nature, revealed 6,000 crucial genes which at least one type of cancer needs to survive.

Some were unsuitable for developing cancer drugs, as they are also essential in healthy cells.

Others are already the target of precision drugs like Herceptin in breast cancer – the team called this a “sanity check” that proves their method works.

And yet more are beyond current science to develop suitable drugs, so the researchers narrowed down a shortlist of 600 potential new targets for drugs to attack.

The research team found it was essential for keeping some of the most genetically unstable cancers alive.

WRN plays a vital role in around 15% of colon cancers and 28% of stomach cancers, but there are no drugs that target it.

The work was a collaboration between Sanger, the European Molecular Biology Laboratory and pharmaceutical giant GSK. All the findings are publicly available.

The eventual aim of the research is to develop a “Cancer Dependency Map” of every vulnerability in every type of cancer.

Then doctors would be able to test a patient’s tumour and give them a cocktail of precision drugs to kill the cancerous cells.

Dr Behan told the BBC: “Were understanding what’s going on in the cancer cells so we can shoot our machine gun at the cancer cells, not at the whole body as chemotherapy does.

“This is the first step in putting a laser sight on our machine gun.”

“This work provides some excellent starting points and the next step will be a thorough analysis of the genes that have been identified as weaknesses in this study, to determine if they will one day lead to the development of new treatments for patients.”