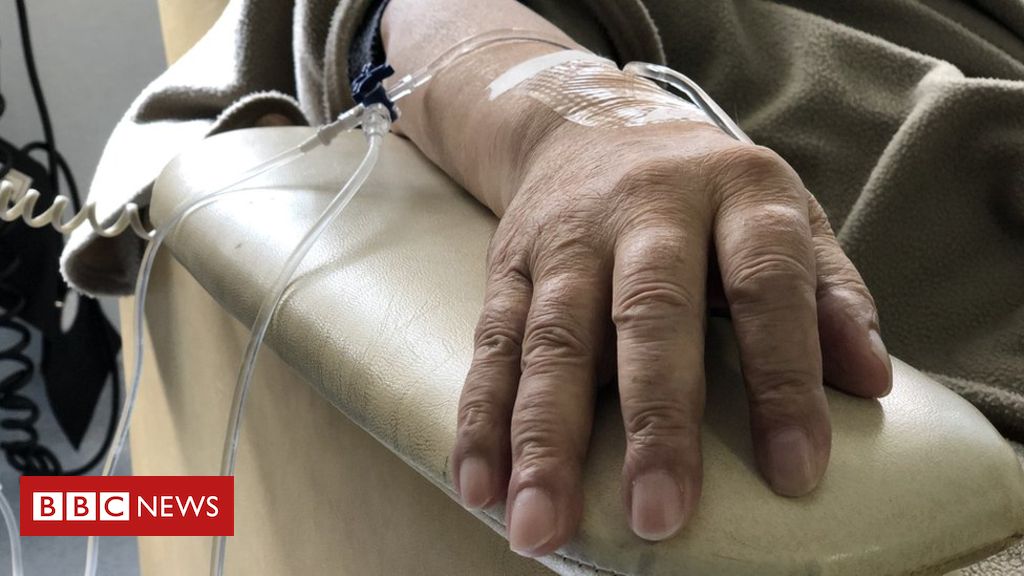 Continuing chemotherapy and immunotherapy treatment in cancer patients with Covid-19 is not a risk to their survival, a study suggests.

It also recommends further research into the drug hydroxychloroquine, which appeared to benefit some patients.

The findings, from 890 infected cancer patients in the UK, Spain, Italy and Germany, could help identify who is most at risk from coronavirus.

Breast cancer patients had half the death rate of other patients.

The Imperial College London researchers who led the study – involving 19 different hospitals across Europe, including Hammersmith Hospital in London – say they now want to find out why.

They are also keen to investigate why UK cancer patients with Covid-19 in the study were more likely to die than in the three other countries.

‘Cancer treatment may be safe’

Dr David Pinato, from the department of surgery and cancer at Imperial College London, and study leader, said he was “concerned” by the figures and called for the UK to “acknowledge the mortality rate”.

The pandemic has had an impact on patients’ access to cancer treatments, and in some cases it has been postponed or stopped altogether based on very little “solid evidence”, he said.

“Now we have a better understanding of how to make this fair,” Dr Pinato said.

Treatments such as chemotherapy and immunotherapy did not seem to increase mortality risk from Covid-19, he added.

“This means that in many cases cancer treatment may be safe to use during the pandemic, depending on a patient’s individual circumstances and risk factors.”

In the study, one in three cancer patients with Covid-19 had died between the end of February and the start of April.

Men, the over-65s and those with other health conditions fared worse than other cancer patients with the virus – the same risk factors for the general population.

But women with breast cancer appeared to be protected, to some extent, in all four countries. Their mortality rate was only 15%.

Among the 890 patients studied, just over half the patients were men, their average age was 68, and 330 patients had advanced cancer. More than 400 had other underlying conditions:

About 80% of them had caught the virus in the community.

According to the researchers, the study’s findings could be used to work out which cancer patients were most vulnerable and should be shielding to protect themselves from the virus.

The anti-malarial drug has been the subject of controversy after two studies were retracted recently. They suggested the drug might worsen mortality.