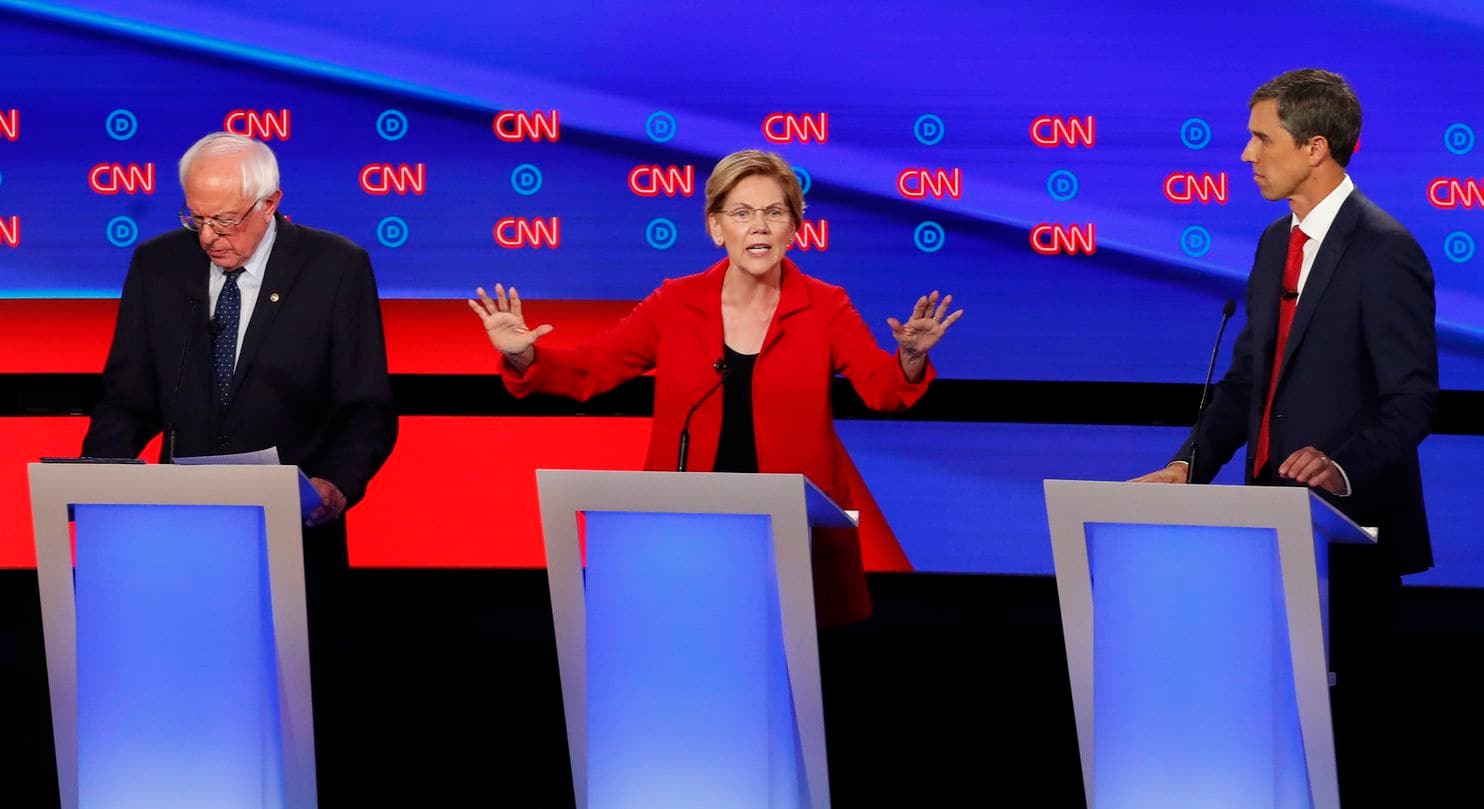 If you need evidence of why the supposed flaws of the American two-party system are deeply overrated, consider this: At present, the Democratic Party contains a broader spectrum of debate on health-care policy than all five parties in the Canadian Parliament.

In the Democratic presidential debates last month, the candidates revealed themselves to be divided into two rival camps when it comes to the project of ensuring all Americans receive adequate health care. The first resembles the unanimous Canadian consensus; the other a more moderate pragmatism Canada would benefit from, but is currently verboten for Canadian politicians to advocate.

Sens. Bernie Sanders (I-Vt.) and Elizabeth Warren (D-Mass.) demand a so-called single-payer regime of government-run health insurance, in which private insurance, be it purchased on the market or provided by employers, is superseded and replaced. This Medicare-for-all would resemble the Canadian status quo in many ways, at least to the degree it eliminates private insurance as a dominant force in covering essential medical procedures. Sanders, in particular, has been quite explicit in drawing Canadian analogies to his vision, often citing the country as a model in debates and speeches.

Yet imposing Canada’s system on the United States would bring with it Canadian challenges. A “single-payer” health-care monopoly presumes the single payer in question (i.e., the government) can afford to perpetually foot the bill for the entirety of the public’s medical needs. It’s a premise that raises all sorts of sustainability concerns as that population proceeds to get larger, older and more medically needy.

As health spending is forced to increase without corresponding growth in government revenue, single-payer health care risks transforming government into a single-service provider. Health-care spending now reliably comprises over 40 percent of total government spending by the Canadian provinces that administer the single-payer system. As the jaws of what one Canadian economist called the “insatiable Pac Man” of the budgetary pie chart slowly close, hard decisions in spending or revenue must be made to keep up.

Sanders and Warren hope to avoid this crisis by simply raising taxes on the broad middle class to keep their single-payer plans sustainable — a brave solution no Canadian politicians have the courage to advocate. Yet they don’t dare attempt the solution offered by the other faction of Democrats, either.

Running counter to Sanders and Warren are candidates such as Joe Biden, Kamala D. Harris, Pete Buttigieg and Beto O’Rourke, who advocate a strong “public option” of government-provided insurance but are willing to tolerate the continuance of private insurance as well.

In Canada, this idea has been decried for decades as a monstrously unfair “two-tier” health-care system, whose injustice is supposedly rooted in the fact that private plans will invariably be better than ones offered by the public option. One of Canada’s most iconic political photographs depicts Stockwell Day, a center-right candidate for prime minister, brandishing a hand-drawn “No 2-Tier Healthcare” sign during an election debate in 2000.

Now safely out of politics, however, Day has come out in favor of two-tier health care, denouncing politicians — including his former self — who worry their “political lives . . . are at risk if they dare raise the matter of alternative funding” to voters.

Even contrarians like Day don’t dare ask the most taboo question of all, however: To what degree does the electorate’s jealous loyalty to a cover-everything, cost-nothing system reflect the fact that single-payer health care now operates primarily as a lifestyle subsidy for the comfortable middle class?

Canadians like to rationalize their zero-tolerance attitude to health-care reform by fantasizing that there exist only two coverage models — either the government pays for everything, or one pays entirely out of pocket for hideously expensive operations. It’s a popular binary because it eliminates a third possibility many middle-class voters would find most horrifying of all: Responsible citizens who have the means should occasionally pay modest premiums, deductibles and co-payments to help fund their health-care needs.

The more centrist faction of the Democratic Party seems to grasp that there’s nothing fundamentally immoral about a health-care system that aspires to universal coverage, while also conceding that some Americans should be permitted and encouraged to fulfill this objective on their own terms — and at their own expense.

Both Canada and the United States have taken fairly uncompromising positions on health care over the decades, with any suggestion of modifying the status quo triggering endless rounds of overheated fearmongering. Americans have now transcended some of their historic hang-ups and embraced the notion that a universally ensured populace is both a reasonable and achievable goal of public policy. Canadians are overdue for a health-care reckoning of their own as unrealistic expectations of entitlement inevitably give way to a rediscovery of the practical necessities of market choice and personal responsibility.

David Moscrop: Trump and Sanders look to Canada for affordable drugs. But we’re not a good model to follow — yet.

Nora Loreto: Canada claims it stands with refugees — but a new budget tells a different story

Letters to the Editor: Single-payer health care would be a vast improvement