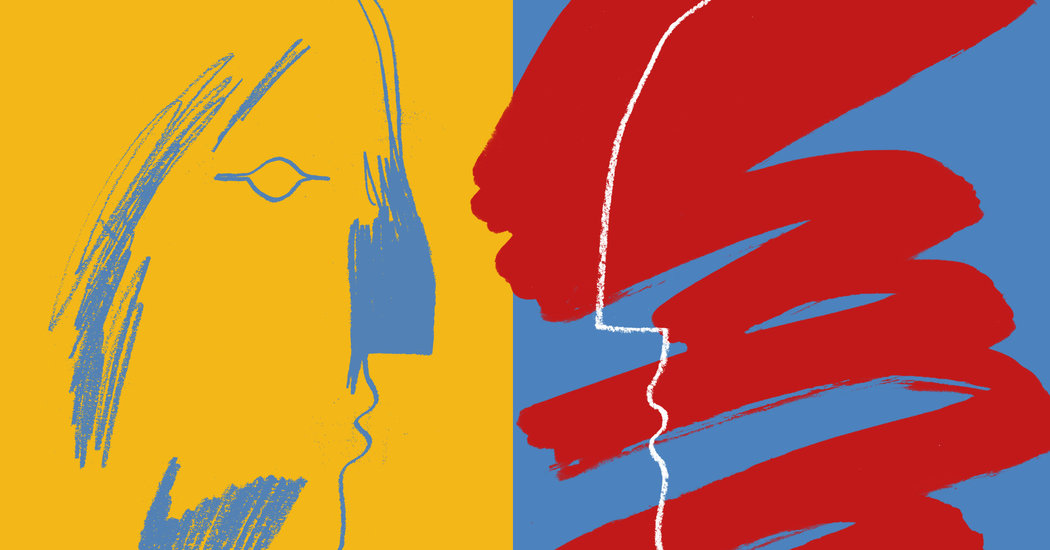 Lauren is my name, and always has been — or so I thought until one afternoon just before I turned 30. Over turkey sandwiches, my oldest sister, Missy, and I discussed what our names might have been. “Mom was going to name you Amy Beth,” I said. Missy nodded.

“And how crazy is it that you were actually Tiffany Leigh?” she said.

“What?” I spewed, my mouth full of bread. Missy clenched a smile.

“Oh, God. I didn’t mean to tell you that. But I guess it’s time you know. Mom changed your name to Lauren six months after you were born.” She patted my arm. “Until then, we called you Tiffi.”

I was dying to know more about who I was and who I might have been — about both Lauren and Tiffi. I went right to the source.

In the tradition of the radical feminist Kathie Sarachild, who named herself after her mother and coined the phrase “Sisterhood is powerful,” my mother, Catherine Gracechild, identifies nominally as the child of her mother, Mary Grace.

My mother is a rule defier, a pantsuit wearer, a reiki master and a tarot card reader. She taught high school English for three decades — and found teachable reasons to transform her classroom into a dance party.

When I was a teenager, and my father joined us shirtless at the dinner table during a heat wave, my mother removed her top, too, revealing a polka dot bra. “If he can, I can,” she said. My mother is eccentric, and in ways I admire and often emulate. The Tiffi story should not have shocked me.

When I asked my mother what happened on the night of my birth, I expected to hear her speak about Tiffany with fondness, as if she were her secret daughter who had lived for a time, but had died young. The fact that Tiffi existed at all meant she deserved to be remembered, or so I thought. But my mother didn’t agree.

When she told me the story, she was careful to correct me when I called myself Tiffi: “Lauren, you’re Lauren.”

As Catherine Gracechild tells it, on the autumn night she went into labor with me, my birth accelerated so fast, her mind could not process the whirlwind of my arrival. So she delegated the task of naming me to my middle sister, Shayna, who was 10 years old.

She chose Tiffany, and my parents presumably liked it at first. Why did they have second thoughts?

“I changed your name because the other teachers where I taught thought Tiffi sounded like a stripper,” my mother finally said.

“And you listened to them?”

“So what if I were a stripper, or more sexually free for that matter?” I asked.

The Tiffi my mother’s co-workers envisioned could have been vastly different from Lauren the insufferable, who did not drink or have sex until she was 20. Lauren’s name was not said in ecstasy; it was announced by nuns in monophonic tones in the context of winning good girl awards. Lauren was called onstage on high school graduation day to receive the plaque for the student who best exemplifies Christian values. Lauren was president of the National Honor Society and student of the month.

But what about Tiffany? I needed to know how it felt to be her.

I was faced with two roads, which did not stretch before me, but appeared behind me, leading to the Lauren I’d become. Tiffany would have walked that first path, had she lived on, while Lauren definitively took the other. The first was indeterminate, but the second was crystallized. I tried to envision Tiffi’s potential trajectory. But I couldn’t do it by myself — not as Lauren.

I changed my name, not legally, but on Facebook and on my iPhone. I told my friends and family I would answer only to Tiffi for three weeks.

The more people referred to me as Tiffi, the more I started to feel like her. To feel like her was to assume a rebelliousness — to become unshackled by the conventions I had allowed to dictate my days. Two of my girlfriends took me out and dressed me as the stereotype of what I imagined a Tiffi would be. Instead of wearing yoga clothes and sweats, I wore short skirts and form-fitting tops. I wobbled in high heels. I stopped straightening my hair. I let my curls — the conflicting mixture of ringlets and limp wisps I was born with — be their wild selves.

I said yes more — to going out at night, to dating, and to doing things that were edgy for me (don’t laugh), such as having more than one drink. I began posting street art in Philadelphia. One night when I stuck a poem to the concourse that leads to the Broad Street Line, a transit policeman hastened toward me. I felt my heart quicken and my cheeks warm. But instead of reprimanding me, he said: “You know you’re not supposed to do that. I’ll let it slide, though, because I like to tag, too.” As we exchanged Instagram handles, all I could think was: Lauren would never do this.

When the three weeks were up, and I told my mother I wanted to start the paperwork to change my name, I could hear her choke up over the phone. She said:

“Lauren, I always saw you as seizing the meaning of your name. You are the laurel crowned.”

Read More:  Tiny Love Stories: ‘The Pink Was Wrong. The Name Was Too.’

That’s when I first understood what Lauren really meant — not the etymological definition of it, but how I, alive, had fleshed the name out.

When someone calls your name, you hear them as they see you. You hear how they hold you (or don’t) in their voicings of you.

The way my mother uttered my name got to me. I had heard her say it throughout the years, and in varying tones. I heard the phonemes, the music of her saying my name as a child, when I was beginning to forge who I was, in the stories we read before bed. I heard her scowl, justifiably, at me as a teenager. I heard her now, a voice I know, as someone who knows me.

I decided to keep my name because it was already mine.

When I heard my mother answer the phone on the first ring or my grandmother sing “Lauren” up the stairs of my childhood home on school mornings, I heard their love for me, which was not always perfect, but it had become something beautiful — a glittering constellation that I cannot hear in any other word. When I hear my fiancé pronounce “Loren,” when I hear my stepson say “Lauren” in his treble lilt, when I hear my father say my name in his New Haven accent, I hear myself and I know myself.

My name has come to signify not only my identity, but also the love from those who said it during important moments in my life. I could not lose Lauren.

Tiffi is an arbitrary set of letters. She is also someone I never really was.

But her hair, her wild hair — I decided I had to keep it.

Lauren DePino writes about love and mortality and is working on a memoir.