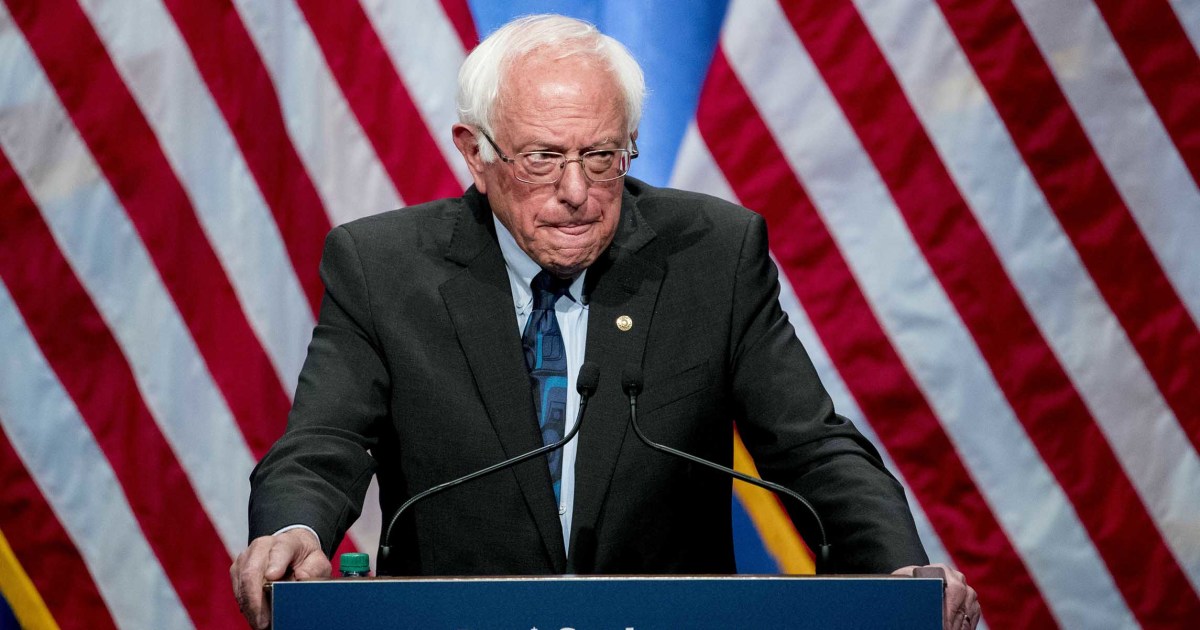 Vermont Sen. Bernie Sanders, a 2020 Democratic presidential candidate, on Wednesday outlined his vision for a new “21st century economic bill of rights,” a key element of the socialist platform he has long championed.

Sanders’ remarks, during a Wednesday afternoon at George Washington University, cements his presidential bid as the most left-wing of a sprawling, 23-member Democratic field. While various rivals have called themselves “progressive,” a few even “liberal,” Sanders is embracing the socialist frame.

“[I am proposing] a bill of rights that establishes once and for all that every American regardless of his or her income is entitled to the right to a decent job that pays a living wage, the right to quality healthcare, the right to a complete education, the right to affordable housing, the right to a clean environment, and the right to a secure retirement,” said Sanders, who joined the Senate in 2007 as an independent after 16 years in the House and eight as mayor of Burlington, Vt.

Sanders promised his campaign would outline more details on policy specifics over the course of the next year.

Whether Sanders is in the presidential race that long is an open question. In 2016, Sanders was the runner-up in the Democratic primary fight, eventually bowing out to Hillary Clinton. But Sanders won caucuses in states with smaller populations, and Michigan, which helped expose Clinton’s weaknesses in the general election against now-President Donald Trump.

Read More:  Making It Into the Boston Marathon, Finally