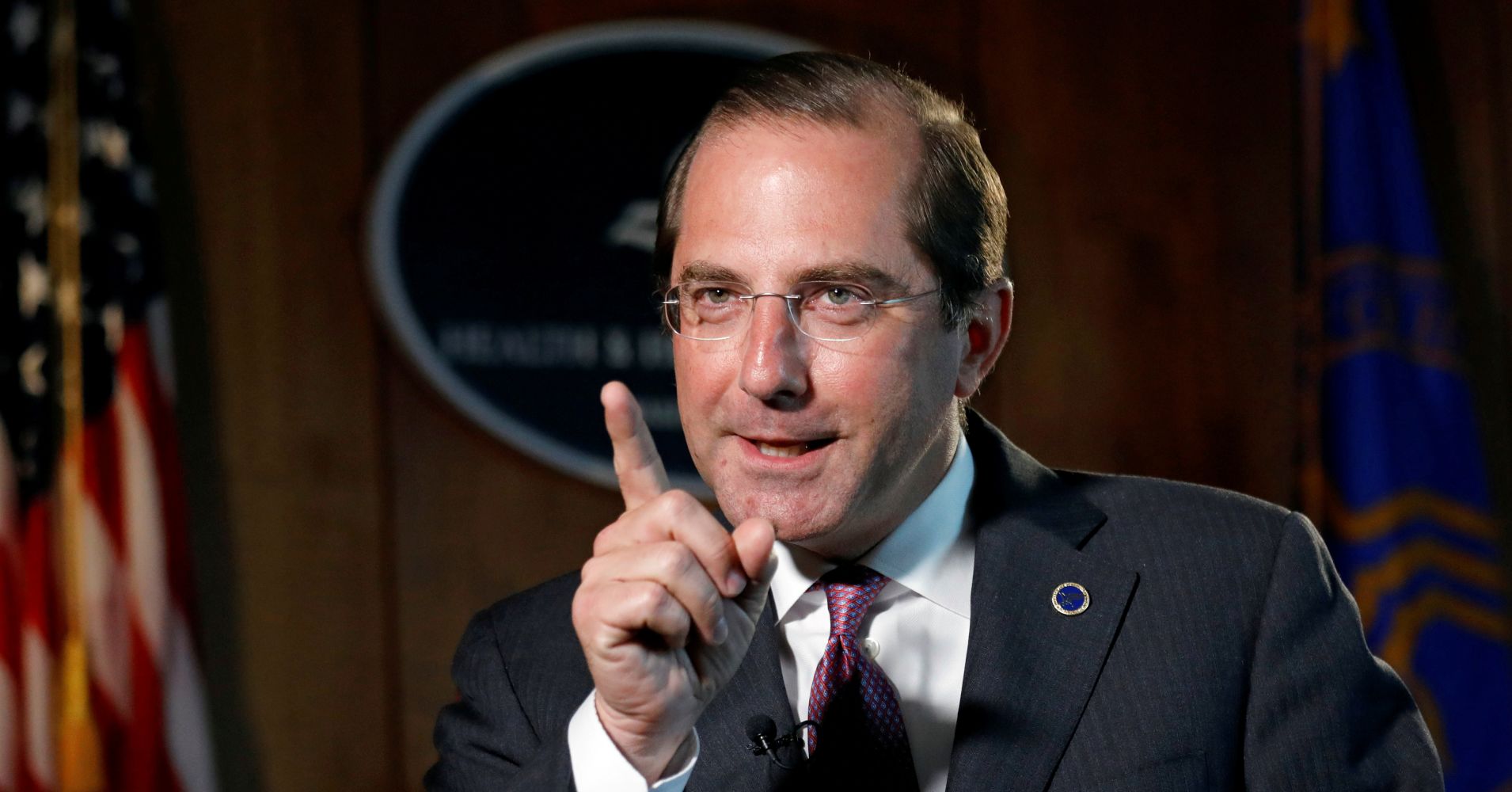 Health and Human Services Secretary Alex Azar had a stern warning for the pharmaceutical industry on Friday, a day after the Trump administration proposed a plan to change the way Medicare pays for certain expensive drugs.

Donald Trump outlined the new drug-pricing proposal, which would permit Medicare to create a new payment model that would bring drug prices in line with what other nations pay. Azar released a report earlier that day that said the U.S. pays 1.8 times more for some prescriptions covered by Medicare Part B than other countries.

The proposal could save U.S. taxpayers billions of dollars. HHS estimates $ 17 billion in program savings over five years. The agency wants to issue a formal rule early next year, with the new payment model taking effect in 2020, HHS said.

The SPDR S&P Pharmaceuticals index, which tracks drug stocks, was down more than 1 percent in intraday trading Friday.

The Pharmaceutical Research and Manufacturers of America (PhRMA), the industry’s main trade group, opposes Trump’s plan, saying in part that the administration “is imposing foreign price controls from countries with socialized health care systems that deny their citizens access and discourage innovation.”

“These proposals are to the detriment of American patients,” PhRMA president and CEO Stephen J. Ubl said in a statement. “The United States has a competitive marketplace that controls costs and provides patients with access to innovative medicines far earlier than in countries with price controls.”

Gupte said the proposed changes might actually benefit insurers like UnitedHealth Group and Humana by boosting more competitive drug prices across the industry.

“This speech is in line with the Drug Pricing Blueprint announced in May which laid out ways to lower prices, increase negotiation, and improve competition,” she said in a note earlier Friday.