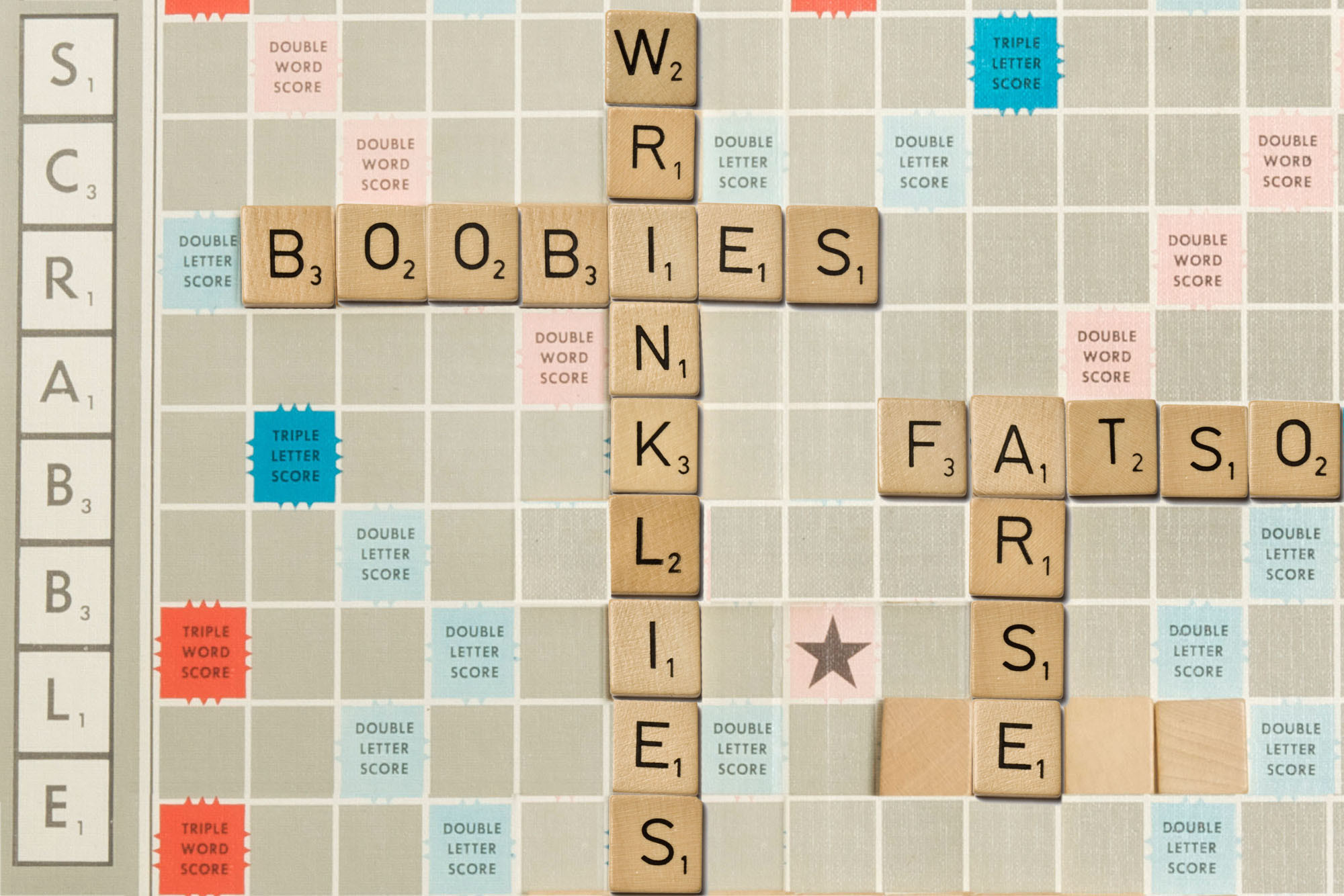 Toy giant Mattel plans to scrub the U.K. versions of Scrabble of hundreds of “offensive” words — leaving game-loving Brits clutching their “boobies” for fear of losing their “arses.”

Other prized words, such as “goolies,” “wrinklies,” “boffing,” “farting” and “fatso,” may also wind up on the wrong side of the official Scrabble lexicon, British aficionados of the little square tiles now worry.

“I feel this will be the final nail in the coffin for a lot of competitive players,” Beevers added.
Mattel, which owns the rights to Scrabble outside the U.S., isn’t tipping its rack of letters just yet — but The Sun claims the game maker’s in-progress list of forbidden words will run to 400, and reportedly be a worldwide push.

“In Scrabble — as in life — the words we choose matter,” a Mattel exec told the outlet.
Brett Smitheram, a rep for the Association of British Scrabble Players, told The Post Saturday that words are indeed “being compiled for deletion” by Mattel.

“It’s not the Scrabble associations doing it — more that Mattel has decided it has to be done and are compiling the list themselves,” said Smitheram, who is the 2016 World Scrabble Champion.

“Scrabble associations are left with the choice of accepting the new list or really ceasing to be able to use the name “Scrabble” at all.”

Mattel seems intent on removing words that might be seen as derogatory or rude, Smitheram said.

But some alleged offenders may well be salvaged.

“I don’t think that ‘farting’ or similar will be removed,” Smitheram said.

The list is still under discussion, he continued — but not by members of his association’s “Dictionary Committee,” which he said has resigned in protest from the effort.

“This decision isn’t being made by lexicographers,” Smitheram scoffed. “So it’s not likely to create a technically robust word list.”

The effort is reminiscent of a purge of “offensive” Scrabble words from the U.S. version of the game last year.

That time, The North American Scrabble Players Association eliminated 236 words, including racial slurs and other bigoted terms from the official Scrabble word list used at tournaments, a culling made with the support of Hasbro, which owns the rights to the game in North America.

Mattel reps did not immediately respond to requests for comment.