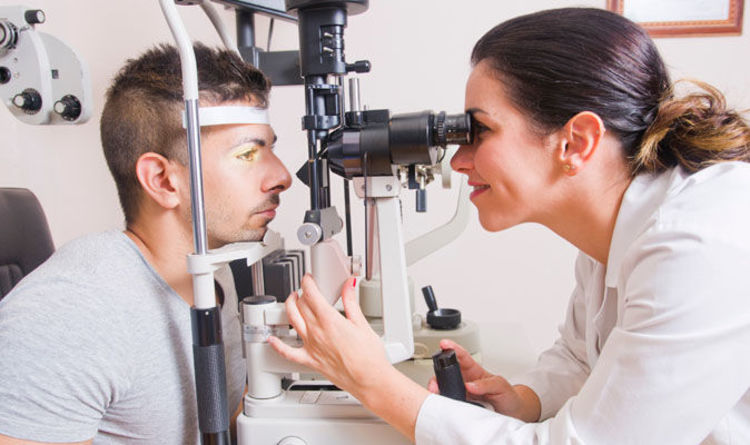 Now it is hoped use of the test will mean drugs can be given to those who develop the condition early enough to make a difference.

Separate studies by teams in the US and Israel have studied the retina – a layer of tissue at the back of the eyeball.

The retina is connected to the brain by way of the optic nerve.

They say small blood vessels in this coat of light sensitive cells are altered in patients with Alzheimer’s disease.

The findings add to increasing evidence that the technique, called Octa (optical coherence tomography angiography), can detect early stages of the devastating condition.

It is during the early stages that treatments are more likely to be effective in slowing or even stopping its progress.

It is believed drugs trials have failed so far because they are given too late.

The Alzheimer’s group had loss of small retinal blood vessels at the back of the eye. A specific layer of the retina was also thinner.

Even those with MCI did not show these changes.

Lead author, Professor of ophthalmology Sharon Fekrat, said: “This project meets a huge unmet need. It is not possible for current techniques like a brain scan or lumbar puncture to screen the number of patients with this disease.

“We need to detect the disease earlier and introduce treatments earlier.”

The results, presented at an American Academy of Ophthalmology meeting in Chicago, follow a host of recent studies using Octa that have linked eye changes to Alzheimer’s.

The cells of the retina convert light signals coming into the eye into neural signals the brain can interpret.

Deterioration in its blood vessels are thought to mirror that going on in neurons – offering a window into the process.

An earlier study of 32,000 people by University College London using a similar technique found those with thinner retinas were more likely to have problems with memory and reasoning.

Alzheimer’s and other forms of dementia affect 850,000 people in the UK. There is no cure.