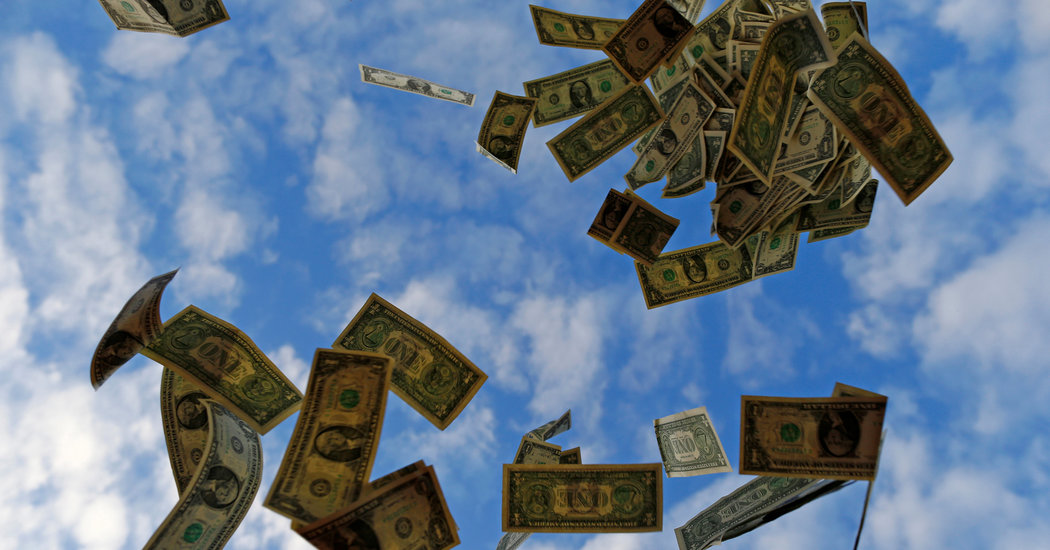 Even a divided America can agree on this goal: a health system that is cheaper but doesn’t sacrifice quality. In other words, just get rid of the waste.

A new study, published Monday in JAMA, finds that roughly 20 percent to 25 percent of American health care spending is wasteful. It’s a startling number but not a new finding. What is surprising is how little we know about how to prevent it.

William Shrank, a physician who is chief medical officer of the health insurer Humana and the lead author of the study, said, “One contribution of our study is that we show that we have good evidence on how to eliminate some kinds of waste, but not all of it.”

Following the best available evidence, as reviewed in the study, would eliminate only one-quarter of the waste — reducing health spending by about 5 percent.

Teresa Rogstad of Humana and Natasha Parekh, a physician with the University of Pittsburgh, were co-authors of the study, which combed through 54 studies and reports published since 2012 that estimated the waste or savings from changes in practice and policy.

Because American health spending is so high — almost 18 percent of the economy and over $ 10,000 per person per year — even small percentages in savings translate into huge dollars.

The estimated waste is at least $ 760 billion per year. That’s comparable to government spending on Medicare and exceeds national military spending, as well as total primary and secondary education spending.

If we followed the evidence available, we would save about $ 200 billion per year, about what is spent on the medical care for veterans, the Department of Education and the Department of Energy, combined. That amount could provide health insurance for at least 20 million Americans, or three-quarters of the currently uninsured population.

The largest source of waste, according to the study, is administrative costs, totaling $ 266 billion a year. This includes time and resources devoted to billing and reporting to insurers and public programs. Despite this high cost, the authors found no studies that evaluate approaches to reducing it.

“That doesn’t mean we have no ideas about how to reduce administrative costs,” said Don Berwick, a physician and senior fellow at the Institute for Healthcare Improvement and author of an editorial on the JAMA study.

Moving to a single-payer system, he suggested, would largely eliminate the vast administrative complexity required by attending to the payment and reporting requirements of various private payers and public programs. But doing so would run up against powerful stakeholders whose incomes derive from the status quo. “What stands in the way of reducing waste — especially administrative waste and out-of-control prices — is much more a lack of political will than a lack of ideas about how to do it.”

While the lead author works for Humana, he also has experience in government and academia, and this is being seen as a major attempt to refine previous studies of health care waste. Reflecting the study’s importance, JAMA published several accompanying editorials. A co-author of one editorial, Ashish Jha of the Harvard Global Health Institute and the Harvard T.H. Chan School of Public Health, said: “It’s perfectly possible to reduce administrative waste in a system with private insurance. In fact, Switzerland, the Netherlands and other countries with private payers have much lower administrative costs than we do. We should focus our energies on administrative simplification, not whether it’s in a single-payer system or not.”

After administrative costs, prices are the next largest area that the JAMA study identified as waste. The authors’ estimate for this is $ 231 billion to $ 241 billion per year, on prices that are higher than what would be expected in more competitive health care markets or if we imposed price controls common in many other countries. The study points to high brand drug prices as the major contributor. Although not explicitly raised in the study, consolidated hospital markets also contribute to higher prices.

A variety of approaches could push prices downward, but something might be lost in doing so. “High drug prices do motivate investment and innovation,” said Rachel Sachs, an associate professor of law at Washington University in St. Louis.

That doesn’t mean all innovation is good or worth the price. “It means we should be aware of how we reduce prices, taking into consideration which kinds of products and which populations it might affect,” she said.

Likewise, studies show that when hospitals are paid less, quality can degrade, even leading to higher mortality rates.

Other categories of waste examined by the JAMA study encompass inefficient, low-value and uncoordinated care. Together, these total at least $ 205 billion.

With more than half of medical treatments lacking solid evidence of effectiveness, it’s not surprising that these areas add up to a large total. They include things like hospital-acquired infections; use of high-cost services when lower-cost ones would suffice; low rates of preventive care; avoidable complications and avoidable hospital admissions and readmissions; and services that provide little to no benefit.

In addition to wasting money, these problems can have direct adverse health effects; lead to unwarranted patient anxiety and stress; and lower patient satisfaction and trust in the health system.

Here the study’s findings are relatively more optimistic. It found evidence on approaches that could eliminate up to half of waste in these categories. The current movement toward value-based payment, promoted by the Affordable Care Act, is intended to address these issues while removing their associated waste. The idea is to pay hospitals and doctors in ways that incentivize efficiency and good outcomes, rather than paying for every service regardless of need or results.

Read More:  This Vaccine Is Making Some People Sick

Putting this theory into practice has proved difficult. “Value-based payment hasn’t been as effective as people had hoped,” said Karen Joynt Maddox, a physician and co-director of the Center for Health Economics and Policy at Washington University in St. Louis and a co-author of another editorial of the JAMA study.

So far, only a few value-based payment approaches seem to produce savings, and not a lot. Some of the more promising approaches are those that give hospitals and doctors a single payment “as opposed to paying for individual services,” said Zirui Song, a physician and a health economist with Harvard Medical School.

“Savings tend to come from physicians referring patients to lower-priced facilities or cutting back on potentially lower-value care in areas such as procedures, tests or post-acute service,” he said.

There is evidence of savings from some bundled payment programs. These provide a fixed overall budget for care related to a procedure over a specific period, like 90 days of hip replacement care. Accountable care organizations also seem to drive out a little waste. These give health groups the chance to earn bonuses for accepting financial risk and if they reach some targets on quality of care.

The final area of waste illuminated by the JAMA study is fraud and abuse, accounting for $ 59 billion to $ 84 billion a year. As much as politicians love to say they’ll tackle this, it’s a relatively small fraction of overall health care waste, around 10 percent. More could be spent on reducing it, but there’s an obvious drawback if it costs more than a dollar to save a dollar in fraud.

Because health care waste comes from many sources, no single policy will address it. Most important, we have evidence on how to reduce only a small fraction of the waste — we need to do a better job of amassing evidence about what works.