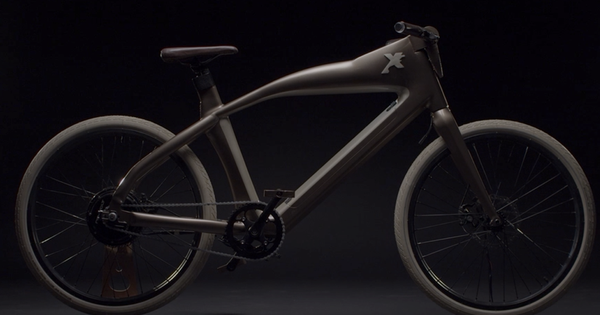 While people like to talk about electric and autonomous automobiles, another real battle in the transportation category is occurring in the e-bikes market. It’s for good reason: according to Mondor Intelligence, the global e-bike market is expected to grow at a CAGR of 6.39% between 2019 and 2024. In U.S. dollar terms, Mondor estimates that global revenue will jump from $ 14.8 billion in 2018 to nearly $ 21.4 billion in 2024. These are serious numbers that have caused a “gold rush” of sorts between dozens of players, including some legacy bike brands and many new startups.

This growth is propelled by battery technology advances that allow many e-bikes to travel more than 50 miles on a single charge, higher global fuel prices, and the fact that there are more brands with reasonably priced models to choose from than ever before. In addition to this, e-bikes are becoming more popular with transportation sharing service companies (like Lime) as a safer and more mainstream alternative to scooters.

Unfortunately, one of the consequences of this e-bike “gold rush” is that the market is flooded with many “me too” e-bikes that offer little in the way of feature differentiation, innovation, and style. In particular, many of the e-bikes from startup companies look depressingly utilitarian and industrial and do not inspire the average consumer the way automobiles have over the past century. Rayvolt is one of the few breakout companies in the e-bike category that distinguishes itself from the scores of other players. This week, the company kicked off an impressive new model called the X One via an Indiegogo campaign.

X One: an e-bike fit for George Jetson

I enthusiastically wrote about Rayvolt earlier in the year after attending its “coming out party” reseller event in Barcelona. I was immediately impressed with Mathieu Rauzier, Rayvolt’s founder, who spoke extensively about his vision to create a one-of-a-kind e-bike by concentrating on stylish industrial design, use of premium materials and technology innovation (extending to mobile app integration). As I wrote back then (and it remains true today), swagger is unquestionably the word that one would use when describing a Rayvolt e-bike.

With Rayvolt’s X One announcement, the company chose to make some heavy bets on raising the technology bar in the e-bike category. Described by Rayvolt as the first of a new generation of modern electric bikes being developed under the Rayvolt brand umbrella, there’s several striking technologies that have the potential to disrupt the e-bike category. Let’s take a closer look.

The X One features an all-new aluminum composite frame paired with a carbon fiber fork, which allows it to deliver comprehensive e-bike functionality at only 48 bounds. Ingeniously, the X One includes a fully integrated 42 volt (16Ah) battery in the bike’s frame, adding remarkable structural rigidity without adding superfluous mass to the overall “flow” of the X One’s structure. What’s more, the X One promises to offer the first backpedal proportional regeneration system that permits riders to simply pedal backward to slow its pace. The X One also includes an integrated gyro sensor that intuitively engages regeneration when riding downhill. While the X One has elements of Rayvolt’s design language that is prevalent in its Cruzer, Beachin’, and Torino models, it will also be available in a variety of rich colors, including Original Copper, Devil Black, Urban Grey and Neon Graphene.

In a nod to safety considerations, the X One offers a plethora of integrated lights to makes 24/7 riding safer and more accessible. Ambient photosensors are integrated into the X One’s frame that turns the headlight and taillight on automatically (a feature that has been common on cars for years).

In one of its more innovative features, the X One’s smartphone app was designed to utilize facial recognition to improve the ride experience. As the X One was smartly designed to allow the most popular smartphones to securely dock inside the frame itself (below the handlebar), kinetics can be used (for example, the blinking of the left or right eye) to activate turn signals automatically. The facial recognition software also looks for the owner and automatically unlocks the bike when the owner is appropriately identified. This latter capability is the definition of cool and useful innovation. Long term, I can envision how these technological innovations could be beneficial to ride sharing companies who might want to utilize Rayvolt’s e-bikes in short-term rental scenarios.

Rayvolt is not your typical e-bike company

With the X One announcement, Rayvolt continues to position itself as a premium e-bike company that does not rest on its laurels. As I’ve mentioned before, while the overall e-bike category is growing at an impressive pace, the market is inundated with many participants that lack a differentiated vision or are merely competing on price. Many will not stand the test of time. Rayvolt, on the other hand, should be commended for delivering the type of 21st-century innovation that the e-bike category acutely needs.

Rayvolt’s X One will be available in June 2020 and can be ordered on Indiegogo with special campaign pricing that starts at $ 1,999. An excellent overview video of X One is available via this link.