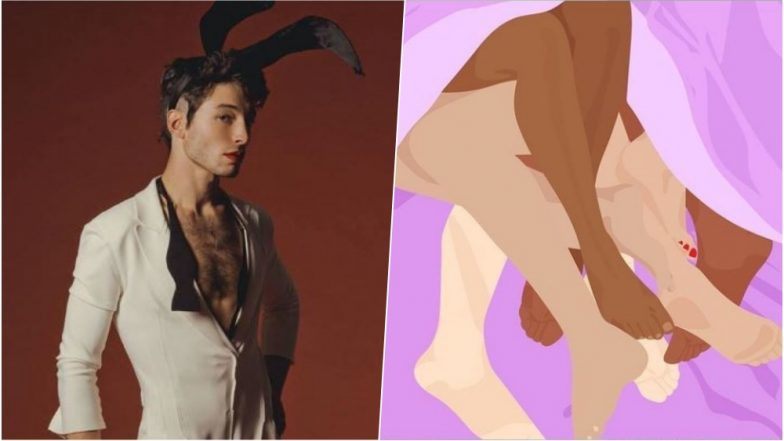 Fantastic Beasts: Crimes of Grindelwald star Ezra Miller’s recent photo shoot and interview with Playboy magazine was a revelation. Apart from his hot pictures from the photo shoot that sent netizens into a hysteria, Ezra spoke about being polyamorous, his sex life, failed relationships and sexual abuse he has experienced in the past. Polyamory (ethical non-monogamy) is not a new term and is being practiced by many. The definition of polyamory is the ‘state or practice of having more than one open romantic relationship at a time’. In 2017, the fourth most popular relationship Google search was ‘what is a poly relationship?’, as reported by the Daily Telegraph. There are several misconceptions associated with polyamory or polyamorous relationships, let’s understand the practice a little better. Ezra Miller Looks Sexy AF for Playboy Photo Shoot! Poses in Bunny Ears & 14-Inch Heels (See Pics).

It Is Not About Just Sex: People often assume that being in a polyamorous relationship, it is always about having sex with multiple partners. The relationships can include sex, but it doesn’t have to be about it. Sex Educator and writer Cameron Gover told Teen Vogue, “What differentiates polyamory is that polyamory itself is not so much about the amount of people you have sex with, but the amount of folks you can have and create substantial relationships with, that might include sex, but that can encompass other relationship components.” Polyamorous Vampire Couple Reveal How They Use Sexual Energy and Blood to Feed Themselves.

People Can Stop Being Polyamorous: People could be in a polyamorous but might also change their point about not being one at any point of time. Some who’ve been in a monogamous relationship may want to explore polyamory. But based on their experience they might stop being polyamorous. It is important to always keep in mind that people’s need change over time.

Consent is Equally Important: Consent forms the basis of this kind of ethical non-monogamy. As reported in Bustle, if a partner is polyamorous but another partner is not aware of this, this doesn’t make the polyamorous relationship OK. It is important to communicate about you practicing polyamory.

As reported in Rolling Stone, it is estimated that 4 to 5 percent of people living in the United States are polyamorous and 20 percent of people have at least attempted ethical non-monogamy at some point in their lives. While polyamory may work for some, it might not for everyone. But understanding and clearing the basics about polyamory is important as it may help you explore your own relationships in a better way.