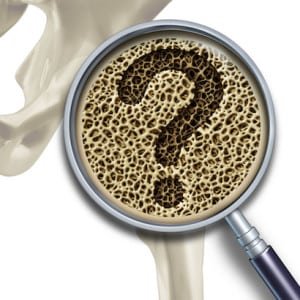 In case you ever wondered, October 20th is World Osteoporosis Day.

In preparation, two advocacy groups — the National Osteoporosis Foundation and the National Bone Health Alliance — have joined forces with Medtronic, the world’s largest medical device maker, to raise awareness about what they consider to be an “under-diagnosed” problem: vertebral compression fractures (VCF) from osteoporosis. (This news was brought to our attention via an emailed announcement from a public relations company.)

This should raise eyebrows for a few reasons.

First, there’s growing concern amongst some health care professionals that osteoporosis is already over-diagnosed and over-treated.

Second, many bone experts feel VCF (when bones in the spine weaken and get squished) is a self-limiting condition that often only requires temporary pain management.

Finally, these two advocacy groups are conflicted by financial relationships with Medtronic, and yet they have an obligation to provide balanced and complete information to concerned consumers/patients. Are they abdicating that responsibility in favor of a promotional approach that benefits Medtronic?

But here’s what’s problematic: They go on to promote kyphoplasty — a procedure that Medtronic is highly invested in — as a “one-hour, non-invasive technique … that offers better relief and quality of life than nonsurgical management in patients with acute VCF.” They go further to suggest it will “give (VCF) patients their lives back,” and keep them off of opioids. 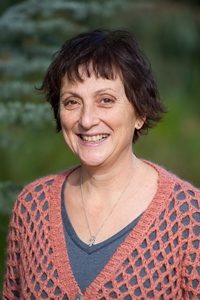 “The problem is there aren’t any placebo-controlled trials proving that’s the case with kyphoplasty,” said Rachelle Buchbinder, PhD of Monash University in Australia. Buchbinder is the first author of a recently updated Cochrane Collaboration review showing no evidence that vertebroplasty leads to any clinically significant benefits in terms of pain control, disability, or quality of life.

Read More:  How much cholesterol in goat cheese

Kyphoplasty is a type of vertebroplasty; the latter involves injecting cement into back bones (vertebrae) to stabilize fractures from osteoporosis or other causes. Kyphoplasty does the same thing but adds a step: a balloon is inflated inside the backbone first, thereby expanding the compressed vertebra and creating a space for the cement.

“There are some randomized controlled trials comparing kyphoplasty to usual care, but these all overestimate the benefit because of a lack of blinding. On average, for a self-limiting condition like VCF, lack of blinding overestimates the treatment effect by about 20 to 30%. So taking this into account it would appear that kyphoplasty is just as ineffective as vertebroplasty.”

A death knell for vertebroplasty? 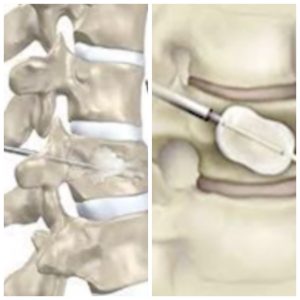 Vertebroplasty has been around for about 25 years and this past summer, The BackLetter — a newsletter for clinicians  — published an article titled “Death Knell for Vertebroplasty – After a Twisting 25-year Research Saga” (subscription required) in which they argue the harms of vertebroplasty far outweigh the touted benefits.

Mark Schoene is the editor of The BackLetter. He says he agrees with Spine Journal editor-in-chief Eugene Carragee, MD who believes vertebroplasty is a “poster child for a systematic failure to perform the appropriate evaluation of invasive procedures before they are widely accepted.” Schoene adds:

“It started with words like ‘promising’ and ‘cure’. Then advocates for the procedure resisted suggestions for controlled trials dubbing them ‘unnecessary’. By the time sham-controlled surgical trials did take place, thousands had been trained in the procedure and billions had been made. Now, 25 years later, who knows how many people have been injured by a treatment where the risks clearly outweigh the benefits, or what effective treatments could have been developed while everyone was on the vertebroplasty bandwagon.”

Read More:  How to Control Constant Knee Pain and How It Will Be Treated By Bradley Cameron

5 reasons to question the hype

There are some disturbing messages being highlighted in the build-up to World Osteoporosis Day. 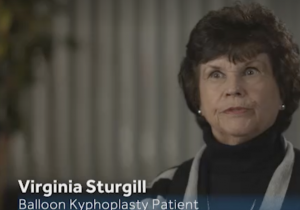 “I woke up, I walked out of the hospital an hour later … and that was the end of the pain.” [Medtronic video]

First, is the anecdote of a woman named Virginia Sturgill whose life was changed by the “non-invasive, outpatient procedure using balloons and cement.”

The news release claims that “20 years ago Sturgill would have been given a prescription of opioids, possibly a back brace, and would have had to live out her life in constant pain while taking opioids.” But this contradicts the National Osteoporosis Foundation’s (NOF) own published educational materials which rightly point out: “most people with VCF feel better after a couple of weeks of conservative treatment.” So which is it?

Second, the NOF spins a catastrophic view (and false dichotomy) that it’s either kyphoplasty or a life of opioids and excruciating pain. No mention is made of VCF that requires no treatment or non-narcotic therapies.  In another news release, Claire Gill, chief marketing officer of NOF, perhaps playing off growing public concern of an opioid crisis, goes so far as to suggest that not pursuing a full osteoporosis workup “[opens] the door for addiction.”

Third, it’s mentioned: “Fortunately, today there is Balloon Kyphoplasty and Sturgill’s hero [orthopedist] Dr. Andreshak” (who happens to have received nearly $ 80,000 from Medtronic in 2017, most of it for speaking on behalf of the company.)

Fourth, BackLettter editor Mark Schoene calls it a “cherry-picked anecdote that’s not necessarily representative of the VCF population at large.” In other words, we’re not privy to anecdotes of bad outcomes from kyphoplasty or the good outcomes that came from conservative (or no) treatment at all.

Finally, as we wrote earlier this week, to use the term “non-invasive” for a procedure that inserts a large-bore needle into your spine —  and has the potential side effects of spinal cord and nerve damage, infection, and leakage of cerebrospinal fluid (to name a few) — is, as we wrote, to erroneously imply something is less risky and more innovative, when neither may be true.

You’ll often hear drug and device makers defend their unbalanced promotions by saying they are “building awareness.” But people are quite aware of osteoporosis. What they may not be aware of is which recommendations out there are based on evidence, and which are distorted by promotional hype and conflicts of interest.

“Something that needs to be asked is ‘why aren’t there any placebo-controlled trials of kyphoplasty?’,” said Buchbinder. “Until we have such high quality data no more kyphoplasties should be performed.”

And here’s something else curious and disturbing (published by The Atlantic) to be aware of … back in 2013 an emergency doctor (who was “one of Wikipedia’s most prolific medical editors”) came across an entry on kyphoplasty in the popular online encyclopedia claiming the effectiveness of the procedure was “controversial.” But someone changed it to read “well documented and studied.” The doctor was disturbed by this. He dug deeper. What he found was that the wording had been changed by a Medtronic employee … who no longer works for the company, and wouldn’t respond to the magazine’s request for comment.