Gary Schwitzer is the founder and publisher of HealthNewsReview.org. He tweets as @garyschwitzer or at @HealthNewsRevu. 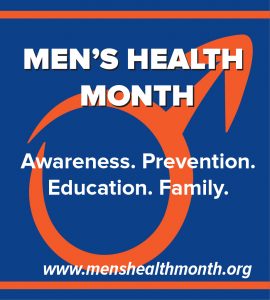 If you visit the #MensHealthMonth hashtag on Twitter you will fall down a rabbit hole of Tweets reminding you about what’s probably wrong with you if you’re a man.  Behind almost all of these Tweets are product promotions, medical center marketing, physician practice PR, or other ways to turn men’s health issues into money-makers.

There’s no harm in trying to make a buck, per se.  But there is harm in promoting things that are not backed up by evidence, and in converting normal states of health into sickness by redefining what it is that people should worry about.

Among the marketing messages that caught our eye on Twitter:

– Research suggests #astragalus may help reverse the natural shortening of telomeres on chromosomes that occurs with #aging to slow #hairloss.

– Simple tests like the CT Scan can be lifesavers even when you don’t think there’s a health concern.

– “Some men worry that their penis is too small.”

And what would Men’s Health Month be without warnings about low testosterone?

One reader was concerned about the following Tweet from a big name medical center in Chicago:

Read More:  Can acne be treated 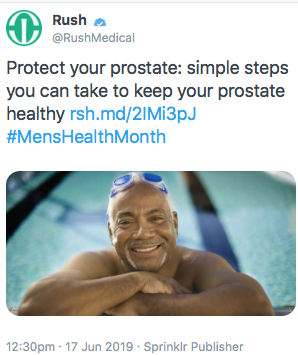 There’s nothing troublesome about the Tweet itself.  It’s the information in the hyperlink that’s provided that goes too far.

I asked Dr. Richard Hoffman, professor of internal medicine and epidemiology, and director of the division of general internal medicine at the University of Iowa – and a longtime contributor to our project – to address the claims.

But Dr. Hoffman responded: “The zinc claims are unfounded.  Observational data (Leitzmann et al in 2003 and Zhang et al in 2008) actually suggest that zinc supplements are associated with an increased risk of prostate cancer, though evidence is insufficient to determine whether this a causal effect or due to confounding (such as men who see urologists are more likely to be on zinc, screened for, and diagnosed with prostate cancer).  I’m not finding any studies looking at whether increasing zinc intake improves lower urinary tract symptoms in men with prostate enlargement.”

But Dr. Hoffman wrote: “This has not been proven in controlled trials. Tomatoes are part of the healthy Mediterranean diet, though the recommendation for consuming ketchup reminds me of the school lunch kerfluffle during the Reagan administration.”

Dr. Hoffman, who worked on shared decision-making educational materials on prostate cancer for years, wrote me: “When even the American Urological Association suggests supporting informed decision making, the recommendations to get regular screening without any consideration of overdiagnosis and overtreatment is ludicrous.  In catching cancers early, screening finds substantial proportions of indolent cancer—these cancers will not progress so treatments are unnecessary, albeit expensive and associated with complications adversely affecting urinary, sexual, and bowel function.  While guidelines recommend DISCUSSING screening with high-risk men at an earlier age, there is no evidence (because these men were not included in the randomized trials) that screening and early treatment is beneficial.”

This is a reminder that a promotion like the declaration of Men’s Health Month, and all of the marketing and misinformation that comes with it, is not always helpful.  People can be harmed by misleading misinformation or claims that go beyond the boundaries of what evidence has shown.

When I initially asked Dr. Hoffman to respond, his first comment to me was: “Haven’t we commented on all of this before?”  Yes, we have.  But that’s why it’s important to keep doing so.  The flow of polluted information to the public continues and it needs to be cleaned up whenever and wherever we can.

Rita Rubin’s recent article in JAMA, “Debating Whether Checkups Are Time Wasted or Time Misused,” further explores some of the same questions I raised above.