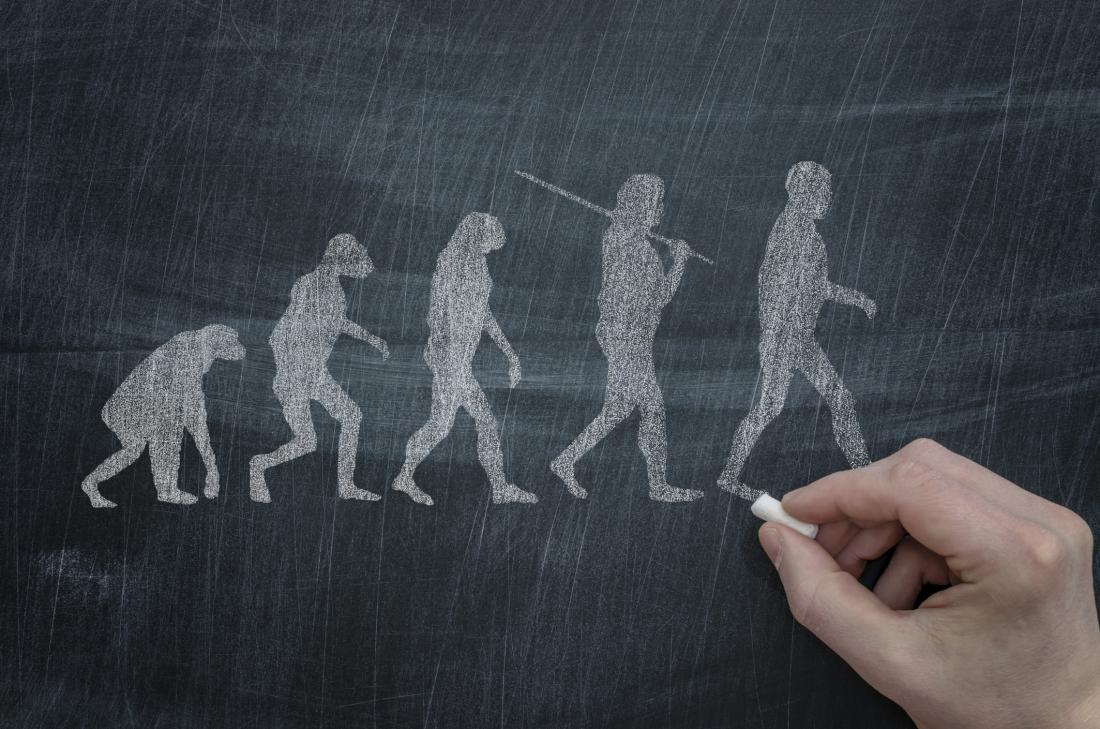 Triglycerides are the most common type of fat in the body. They store excess energy from the food we eat. During digestion, our bodies break these down and transfer them to the cells via the bloodstream. Our bodies use some of this fat as energy and store the rest inside the cells.

Fat metabolism is key to human survival, and any imbalances in the process can lead to obesity, diabetes, and cardiovascular disease.

Cardiovascular disease is the number one cause of death worldwide. The World Health Organization (WHO) estimate that almost 18 million people died from the condition in 2016.

How humans became the ‘fat’ primate

Modern eating habits and a lack of exercise have contributed to the obesity “epidemic,” but new research highlights the role that evolution played in the increasing formation of human body fat.

The scientists found that changes to how DNA is packaged inside fat cells reduced the human body’s ability to turn “bad” fat into “good” fat. The results of the research now appear in the journal Genome Biology and Evolution.

Read More:  What Research About Resources Can Teach You

The researchers — who Swain-Lenz and Duke biologist Greg Wray led — compared fat samples from humans, chimps, and other primates using a technique called ATAC-seq. This analyzes how fat cell DNA is packaged in the bodies of different species.

The findings revealed that humans have anywhere from 14% to 31% body fat, while other primates have less than 9%. Also, DNA regions in humans are more condensed, thereby limiting accessibility to the genes involved in fat metabolism.

The researchers also found that around 780 DNA regions were more accessible in chimps and macaques compared with humans. This means that the human body has a reduced capacity to transform bad fat into good fat.

Not all fat is the same

Swain-Lenz explains that most fat is made up of “calorie-storing white fat.” This is the type of fat that accumulates on our bellies and around our waistlines. Other fat cells, called beige and brown fat, help burn calories.

The results of this new study revealed that one of the reasons humans carry more fat is because the DNA regions that should help convert white fat into brown fat are compressed and do not allow this transformation to take place.

“It’s still possible to activate the body’s limited brown fat by doing things like exposing people to cold temperatures, but we need to work for it,” Swain-Lenz adds.

The team believes that early humans may have needed to accumulate fat not just to protect vital organs and warm up, but also to nurture their growing brains. In fact, the human brain tripled in size during evolution, and it now uses more energy than any other organ.

Scientists have been working to understand if promoting the body’s ability to convert white fat to brown fat could reduce obesity, but more research is necessary.

“Maybe we could figure out a group of genes that we need to turn on or off, but we’re still very far from that,” Swain-Lenz concludes.