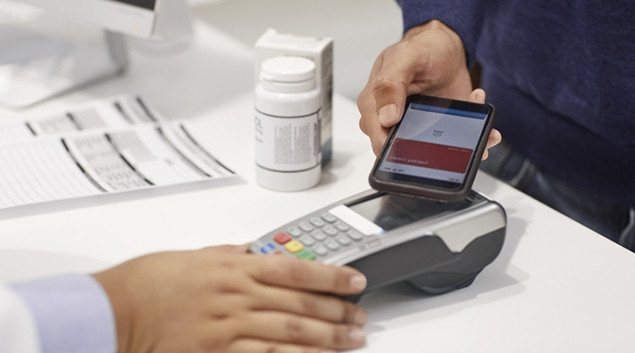 The acquisition is for more than $ 500 million, making it the bank’s biggest buy since the financial crisis, CNBC reported.

The deal is expected to close by the end of the year, according to Stuart Hanson, managing director and head of Healthcare Payments for JPMorgan Chase.

The move is unrelated to operations at Haven, the nonprofit healthcare business formed by JPMorgan Chase, Berkshire Hathaway and Amazon, according to Hanson.

“This is a totally separate initiative,” Hanson said.

Through the purchase, JPMorgan Chase is getting more deeply into the healthcare market, which has an estimated spend of $ 3.5 trillion.

The acquisition will expand the bank’s suite of payment services designed specifically for healthcare consumers, providers and payers, according to a released statement from JPMorgan Chase.

Driving the acquisition was the opportunity for JPMorgan Chase to leverage InstaMed’s team, technology platform, and network of endpoints, Hanson said.

“We’re really excited about the scale they’ve been able to achieve,” he said.

InstaMed offers a centralized, end-to-end payment platform that connects consumers, providers and payers. Legacy approaches to bill pay, claims processing, payment collection and reconciliation, among other areas, have been slow to modernize, according to JPMorgan Chase. InstaMed has a particular focus on eliminating paper, improving the consumer financial experience, and reducing costs to collect payments.

This spring, InstaMed unveiled a blockchain prototype for revenue cycle transactions and payments.

“Blockchain is something we’re both passionate about,” said Bill Marvin, CEO and cofounder of InstaMed. Both companies have a shared alignment, he said.

“We get to take the talent and technology we have here as well as the resources and scale of JPMorgan Chase and combine them in a way to make a big impact in healthcare,” Marvin said.

InstaMed will continue its operations in Philadelphia and Newport Beach, California.

“We’ve made significant investments in our Wholesale Payments business over the years and this acquisition will give us a unique advantage in one of the fastest growing sectors. With InstaMed, we combine the strength and scale of JPMorgan Chase’s payments capabilities with a leading healthcare payments solution for consumers, providers and payers,” said Takis Georgakopoulos, global head of Wholesale Payments, JPMorgan Chase.