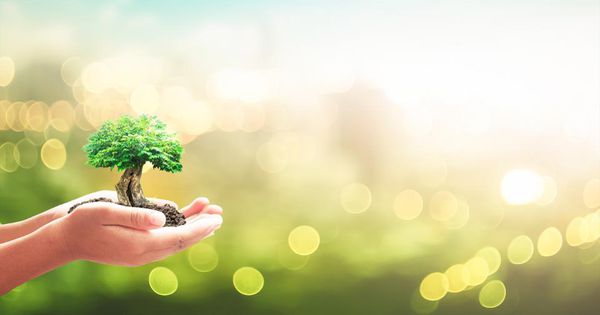 Social enterprises are businesses which trade for a social purpose that reinvest or donate over half their profits to further this social or environmental mission. They are an increasingly important part of the UK economy contributing £60 billion and employing 2 million people. Estimates are there are 100,000 in the UK. SEUK’s State of Social Enterprise report shows a healthy picture where social enterprise is leading the way in diversity and innovation. According to this report, 41% of social enterprises are led by women and over half (51%) have a majority female workforce, 12% are BAME led and 34% have BAME directors.

However, Voice4Change England, a national ethnic minority lobbying body, observed that the BME sector is not “properly engaged in policy-making structures and networks relating to Social Enterprises, and that funding is not reaching the BME groups that are developing as social enterprises.” As I was named as one of the leading women in social enterprise in the UK on the WISE100 list, and invited to give a keynote talk, I looked around the room filled with some of the most inspiring women, I could not help notice that there was not much diversity around us.

So, the question is if we are giving out some kind of subliminal message, creating an unconscious bias that social enterprise is not for the more marginalised members of the community.

Unconscious Bias can be projected through the words that we use, the images that we use, and the messages that we put out. I know, from my own experience, as a woman of colour, and yes, I prefer to use that word, however politically charged it might be, of setting up and running a social enterprise of the kind of challenges I have faced accessing information and financial support for my enterprise.

I have found it frustrating to access financial support as social enterprise often falls into those tiny cracks where it is not a charity, but also not a “normal” business, and hence can be disqualified for a lot of other grants. At the start of 2018, London Mayor Sadiq Khan launched a £7m initiative to help get more young people from diverse backgrounds into the capital’s technology sector, while over 20% of its £400m in lending has been given to BAME entrepreneurs to date, equating to 11,000 people. However, again, many of these grants and financial opportunities are limited to the south. There is still a huge north-south divide even though there are recent attempts to mobilise the impact economy in the North. The Office for National Statistics showed that the gap between the north and the south was widening. For instance, in the last survey in 2014, the economy in the north showed a growth of around 3% which was considerably lower than that of 6.8% in the south. Employment, the quality of schools and life expectancy follow a similar pattern. This limits the diversity of the sector as the opportunities available in the north of the country lag behind that of the south.

As I talk to members of my community and network, I find that there is still much confusion about the social enterprise model. Is there enough awareness amongst not only the BAME community but generally amongst people? In my facebook group for women social entrepreneurs, I have so many people who find the boundaries between non-profit, charity, community enterprise and social enterprise vague. The School for Social Enterprise and other organisations are doing important work in raising awareness of the social enterprise sector and setting up training programmes. It is worth considering whether this information is reaching diverse sectors and communities.

Are we using language that makes the social enterprise sector accessible and attractive to different communities?

I have also encountered views which have called non-profit sector a “white middle-class thing”  If we need to bring more BAME women into setting up and running successful social enterprises, we have to actively showcase role models who are doing so, we have to understand the cultural context that stops these women from going into business or setting up a business that gives something back to the community.

Some of these communities often expect women to play a more traditional role as a homemaker. In that case, is there a constraint on their time and resources? Do women from these communities do not feel empowered enough to help and support others? Is there cultural bias and stereotyping that limits their confidence?

Many women in these communities start a business from home or kitchen table because they seek financial independence and they do not know whether a social enterprise model will allow them to make any money, which might be the primary reason to go into business for some of them. We need to focus more and educate about the financial model of a social enterprise.On the other side, women are naturally more concerned by social purpose, more collaborative and more willing to sacrifice the high salaries of the corporate world, aren’t they? Or are we – men and women – socialised to think this way? There is a danger of women entrepreneurs being painted into a corner in the sector, and falling into “naturally female” spaces, rather than being allowed to take up space in the otherwise “masculine” sides of the sector, such as finance, technology and investment, and be part of the policy and decision-making process.

It is imperative that we showcase more role models, because if we don’t then how can we actively demonstrate to young women that this is a viable path to do business while also having a social and environmental purpose. It is also about educating women to learn how to measure impact and demonstrate value for their social enterprises.

Read More:  What is not allowed on keto diet

True power and knowledge can come from within a community, and so it is very important that we help and support some of these women to stop being a victim and become enablers themselves.

Are we so focused on creating an integrated society that we are not allowing differences to flourish?

We also need to redefine what diversity means and how we measure it. The nature of diversity is changing. multiple variables of diversity-related not only to nationality and ethnic origin but also religion, cultural values, migratory status, migration channel, labour market experience, gender, social class and political affiliation.