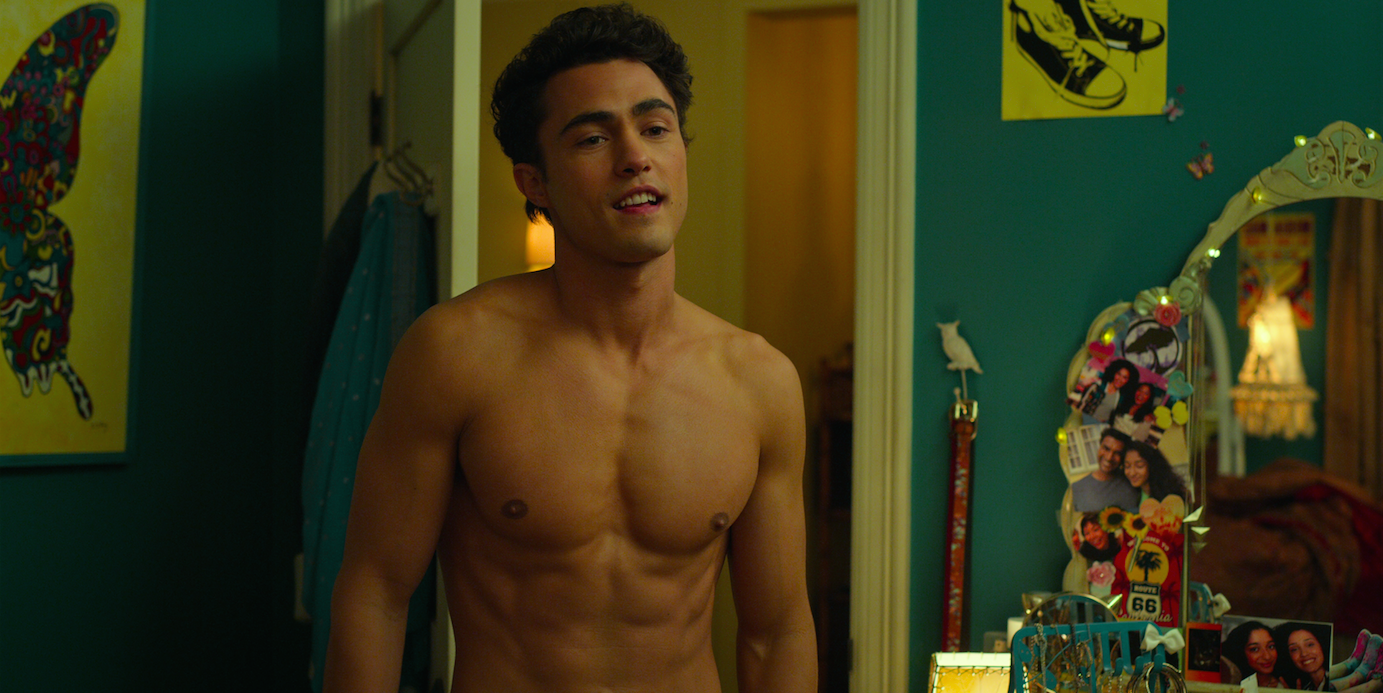 Never Have I Ever, the new Netflix original series created by The Office star Mindy Kaling and based loosely on her own high school years, follows teenager Devi (Maitreyi Ramakrishnan) as she navigates the normal highs and lows of teenage life in the aftermath of a huge loss. It might sound like grim viewing, but the emotional storytelling is balanced with warmth and humor — not to mention a killer soundtrack.

And what would any self-respecting teenage comedy-drama be without a heartthrob? Enter Paxton Hall-Yoshida.

A particularly memorable scene from the show, which became prominently featured in the trailer for the show, involves a daydream sequence in which heartthrob Paxton visits main character Devi in her bedroom, and removes his T-shirt in a single rapid, fluid motion, revealing a ripped physique.

It’s a knowingly over-the-top moment of pure teenage fantasy, and it has gone semi-viral since the show dropped on Netflix, with guys sharing videos of their own ill-fated attempts to recreate Paxton’s smooth shirt-shedding movement.

“That was like a moment for me,” says Darren Barnet, who plays Paxton. “When I saw how many people are doing it, I had no idea that move was going to such, like, a thing.”

In an interview with Entertainment Tonight, the 29-year-old actor explains the hours of preparation that went into that single scene, and how it nearly ended disastrously.

“They originally told me they wanted me to take it off from behind, with one hand, and I kept choking myself,” he says. “So I was like, it’s not going to work this way, man, it’s going around my neck, so I went how about this way, doing it with the other arm, and they were like yeah, just do it as fast as you can. So I went home, and I was like [whooshing sound]. It became like muscle memory.”