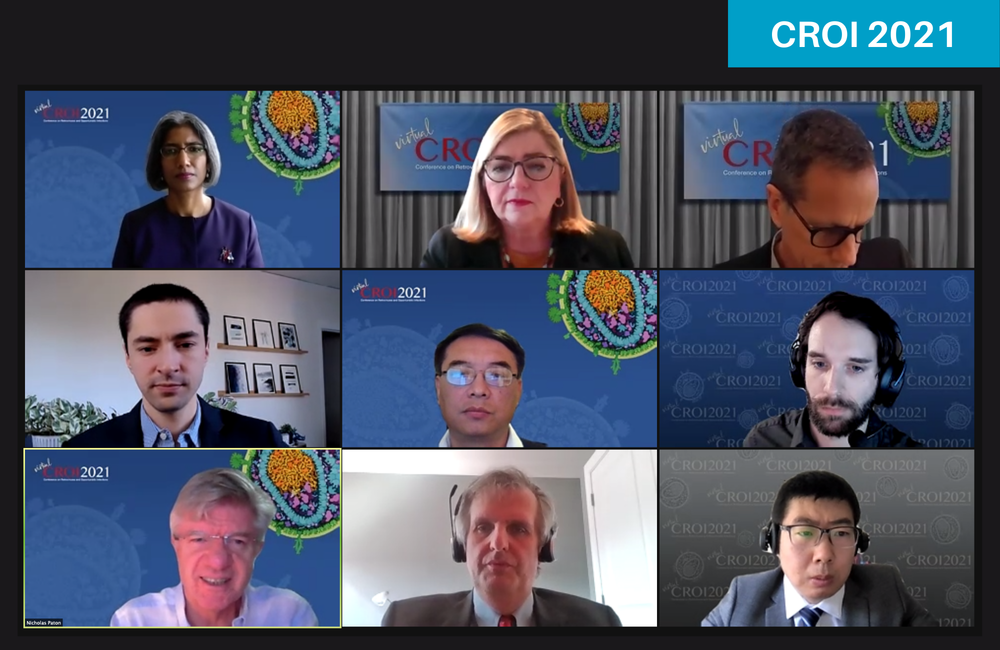 Dolutegravir or darunavir/ritonavir are equally effective in second-line treatment, even in the presence of high-level resistance to NRTIs included in the regimen, a large randomised study carried out in three African countries has found.

Furthermore, tenofovir and lamivudine can be recycled in second-line treatment even in people with high-level resistance to the drugs, without undermining viral control when taking either dolutegravir or darunavir/ritonavir, the study showed.

The results, from the Nucleosides and Darunavir/Dolutegravir in Africa (NADIA) study were presented to the 2021 virtual Conference on Retroviruses and Opportunistic Infections (CROI) by Professor Nicholas Paton of the National University of Singapore.

The second preferred therapy for a particular condition, used after first-line treatment fails or if a person cannot tolerate first-line drugs.

When a person on antiretroviral therapy (ART) has persistent, detectable levels of HIV in the blood after a period of undetectable levels. Causes of viral rebound can include drug resistance, poor adherence to an HIV treatment regimen or interrupting treatment.

The World Health Organization recommends (WHO) that people who experience viral rebound on a first-line regimen containing efavirenz or a boosted protease inhibitor can be switched to dolutegravir and two nucleoside reverse transcriptase inhibitors (NRTIs). WHO recommends including a new NRTI in the regimen. As most people on first-line treatment now take tenofovir, this means switching to zidovudine, which is less well tolerated than tenofovir.

However, these recommendations are based on slender evidence. In particular, it’s unclear if switching to dolutegravir without choosing second-line NRTIs by resistance testing leaves people exposed to a higher risk of treatment failure and dolutegravir resistance.

The NADIA study was designed to answer these questions.

The researchers recruited people with viral loads above 1000 copies/ml on a failing NNRTI-based first-line regimen that contained tenofovir and lamivudine (such as efavirenz/tenofovir/lamivudine). They were randomised, firstly, to switch to either dolutegravir or darunavir/ritonavir (800/100mg), and then in a second randomisation, to either retain tenofovir or switch to zidovudine. Everyone took lamivudine. This study design enabled comparison between four strategies for switching.

The study recruited 464 people living with HIV at seven sites in Kenya, Uganda and Zimbabwe. One of the study investigators was Professor James Hakim of the University of Zimbabwe, a leading African HIV researcher, who died of COVID-19 in January 2021.

The lack of active NRTIs in the regimen did not lead to differences in response between the dolutegravir and darunavir arms.

“The lack of active NRTIs in the regimen did not lead to differences in response between the dolutegravir and darunavir arms.”

Dolutegravir resistance also occurred in three people in the zidovudine group who experienced rebound compared to one person in the tenofovir group.

“High-level dolutegravir resistance is a concern, so we need more data on this risk in long-term use,” Paton said. “I don’t think at that level of resistance, it should affect how we implement this regimen,” he said in a question and answer session after his presentation. In this study, all four patients who developed dolutegravir resistance had a history of adherence difficulties.

The study also showed that tenofovir and lamivudine can be recycled in second-line treatment, even in people with drug-resistance mutations, simplifying the process of switching treatment for treatment programmes. Paton acknowledged that this finding is at odds with normal practice in infectious disease treatment, where treatment failure usually leads to switching of multiple drugs but suggested that predictions of NRTI resistance by algorithms may need to be revised.

Asked if the study findings should change WHO recommendations, he said: “In a public health approach setting, I don’t know why you’d recommend switching to zidovudine with those data that we’ve seen.”