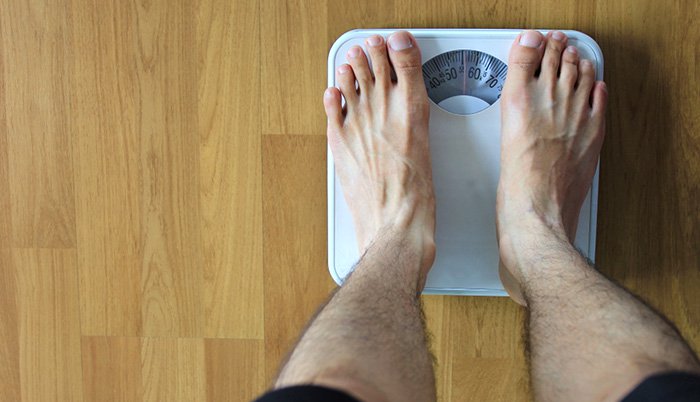 For years, my wife grumbled that, no matter what she did-or how little of whatever she ate-she was absolutely unable to lose weight or even curtail the weight gain she’d noted in recent years. Seeing me shrug each time she mentioned the topic (What did I know, right?), Nancy finally turned to her doctor, a knowledgeable man of many gifts. His succinct advice: “Weigh yourself every day-always at the same time. You’ll be surprised how many pounds come off.”

Really? That seemed awfully simplistic, but my wife immediately established a daily regimen and began following his advice faithfully-get out of bed, yawn and step on the scale before doing anything else in the morning. Having seen snapshots taken of me, with my family, on a beach in Israel a few years back-and noting the gut I’d acquired and couldn’t conceal in the mature-man’s swimsuit I wore-I, too, decided to at least try what the doctor had suggested.

Usually, I got to the scale first, but Nancy always followed-day after day, week after week. For years, I’d been advised, and by more than more physician, that losing as little as five pounds would relieve the pressure, hence the pain, my troubled knees endured-one the result of surgical joint replacement, the other nursed along in ways I hope will preclude my needing yet another new knee.

So, soon after getting up every day, I’d hit the bathroom, void my bladder, strip to my skivvies and weigh myself. Within days, after beginning this practice, results began being apparent-a few pounds less one day, a few pounds even more a few days later. I was clearly on a roll.

I stand five-feet-ten (I was two inches taller not long ago!) and, when this process began, weighed in at 206. Thus I probably nudged the unhealthy “you’re-taking-a-risk” zone that made one or more doctors scowl and shake his head when I stepped off his scale. I was clearly heavier than I should have been, considering my age and stature.

I once succumbed to one of those so-called wonder diets promising that, within a few weeks of strict observance, I could become a “brand-new person.” And, by golly, I did! “You’ve shed your middle!” a colleague of mine exclaimed, one day. I felt really proud of myself.

I don’t recall how long it took, but I do know I shed 32 unwanted pounds in fairly short order and spent about $ 500 on two phases of suit alterations. Alas, I did look a little gaunt. “Don’t lose another pound,” a concerned colleague said one day, shaking her head as she stood in my office doorway.

I nodded; I understood. Like my mom, whenever she chose to diet, I lost bulk in my face and neck more readily than in my hips and gut, which, of course, were my intended focus.

That particular oddball diet lasted about five weeks; then it was back to eating normally-a big mistake, of course. For despite the expense of the alterations and the pride I felt in having a flat belly, body weight gradually piled on again, and all my alterations had to be undone-or, in truth, most of my suits and slacks had to be packed up and dispatched to Goodwill Industries. I had known when those alterations were done that they couldn’t be undone. So much for the fruits of crash dieting.

Now, some years later, I would take a new tack, and this time, by golly, things would be different. No crash dieting or overnight shedding of fatty issue and bulk. My weight loss would be more sensible, gradual and, with luck, enduring. And I can report that it was, mainly because there’s been no mumbo-jumbo and no missed meals or strange drinks to substitute for solid foods.

Yes, I do exercise. Living in a city, I walk a lot, and because of my dicey knees and the occasional pressure on Lumbar Five, down toward the base of my spine, I do a prescribed variety of bends and stretches before showering daily. But none of that toning would absorb enough calories to account for what actually became a 30-pound drop.

How did I do it? How do I sustain it? The formula, if you could call it that, was of my own design, and, frankly, it’s just common sense:

o Drink water repeatedly throughout the day. (I take a lot of pills-usually with water-so that’s not been much of a challenge.)
o Eat only at mealtimes-no sneaking off to snack on a candy bar or a chunk of Danish while doing errands or visiting the local bakery. And I’ve learned to smile and nod as I pass, rather than patronize, our neighborhood ice cream emporium whose mouth-watering five-dollar cones reek of pound-adding butterfat.

Note that I don’t count calories. I’m admittedly compulsive, but this is one practice that I won’t engage. What I do focus on are portions. Basically, I eat only what fills my plate-once. No seconds. Nancy and I were each schooled, from childhood, to eat everything put before us, so it’s never been possible for either of us to eat just half of what a restaurant serves. The result is we willingly share.

We’ll usually split a ‘burger-and-fries when visiting our local fast-food establishment. And we’ll shamelessly share entrees at restaurants known for over-generous portions. Most important: We’re happy to leave a meal table feeling satisfied but not satiated. Restraint has become the order of the day.

Yes, I do enjoy an occasional mug of beer or glass of wine and also-breaking the rules, I know-a now-and-then can of diet soda. I’ve always drunk decaf coffee-black, with no sweetener. I also enjoy apple juice and fresh-bottled o.j., but, to lower my sugar intake, I dilute them with a half-glass of water. A diet purist would probably grimace, but, contemplating a meal, I’m about equally interested in pleasing myself and keeping my weight down.

“So how much do you want to lose?” my wife asked one day. (Note that because of certain prescribed meds she was taking, her weight loss regimen had proved only moderately successful.) I had no answer; I really didn’t know. I’d had no specific target in mind, only a vain desire to have a flat stomach.

But one of my doctors did have an answer: “Your body will tell you. Unless you adopt some radical regimen-which I’d never advise-you’ll reach a point where the numbers stay fairly constant. That’s when you know you’ve attained your ideal weight.” And he proved absolutely right.

One inevitable result of losing weight has been the need to deal with wardrobe issues. My jeans and cotton slacks were no brainers-I replaced them off season at local discount stores, dispatching the old “fat” ones to Goodwill Industries. Woolens-slacks as well suit pants-were a different challenge. One by one, I’ve taken them to a neighborhood tailor. His careful nicks and tucks have been costly, to be sure, but not nearly as much as replacing them would have been.

Needless to say, I delayed taking any committed action in my closet until feeling certain my weight had stabilized-I’m happy, today, when it hovers between 176 and 179 pounds. That’s where I hope it will stay and will work to make sure it actually does. I know that if I eat generously, as it’s so easy to do on holidays and at big family gatherings, I’ll make sure to restrain myself for the next few days so my weight will stabilize. And, though I don’t weigh myself every day, I do so often enough to keep my concerns in focus.

I certainly don’t want to revert. Nor do I want to throw money needlessly into another round of tailoring. But, In future, I won’t want to look in the mirror or at some photo image of myself and see a drooping or protruding gut. Yeah, my face does look a little thin-so be it. But, by golly, I am smiling, and that counts for a lot, believe me.

Join us and help lead this conversation about the changing roles of men in the 21st century.

Want to contribute to The Good Men Project? Submit here:

Become a Premium Member and get exclusive benefits

Do you want to talk about how to have richer, more mindful, and enduring relationships?

We have pioneered the largest worldwide conversation about what it means to be a good man in the 21st century. Your support of our work is inspiring and invaluable.

The Good Men Project is an Amazon.com affiliate. If you shop via THIS LINK, we will get a small commission and you will be supporting our Mission while still getting the quality products you would have purchased, anyway! Thank you for your continued support! 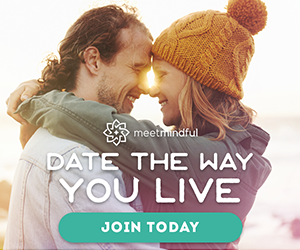