Leadership can be tough, especially for women. Expert and psychotherapist Karen Meager teaches us the steps we can take to become a more effective female leader

Accoring to new data revealed in June, more so than ever before, women are on the boards of the UK’s largest companies, but they still have some way to go to meet the target of 33% women by 2020.

Figures released by the Hampton-Alexander Review, aims to ensure that talented women at the top of their business profession are recognised, promoted and rewarded, show a rise in percentage from 12.5% in 2011 (100 board positions), to 29% (305 positions) are held by women.

The government-backed Hampton-Alexander Review, that was launched in 2016, set FTSE 350 businesses a target of having 33% of all board and senior leadership positions held by women by the end of 2020.

However, is has also revealed that while the number of women on boards has increased to 25.5% in FTSE 350 companies,  40% of all the appointments will need to go to women in the next 2 years in order for the FTSE 350 to achieve its 33% target.

Leadership is hard at the best of times. For women it can be even more difficult to strike the right balance between authority and approachability. We don’t want to be seen as the bitch boss from hell, but equally we’re serving nobody if we play the part of a complete push over.

Here’s a radical idea: just be yourself.

In my book Real Leaders for the Real World, I talk about how the very best leaders have ditched all preconceived ideas about what it means to lead. They are not acting, pretending or living up to anyone else’s expectations of the role. They are absolutely at the helm, but are still authentically themselves. 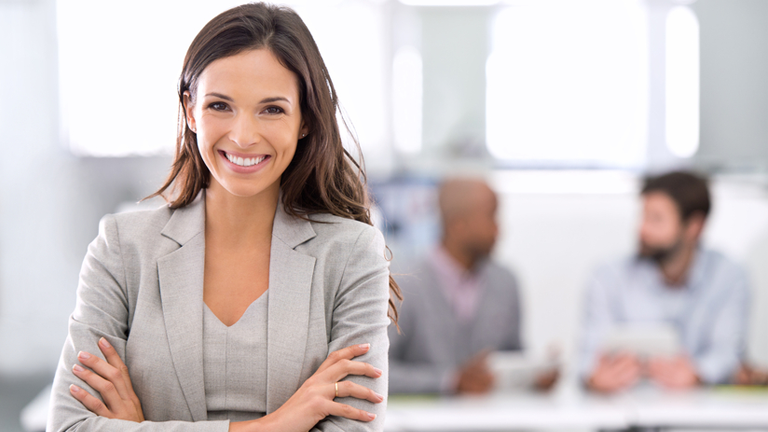 Great female leaders are authentic but absolutely in control

Here are some simple steps you can take to reassess your leadership style and bring more of your real self to work.

Women are told they are being too bossy.

Women are often told to be more assertive, and then when they are they are told they are being too bossy. There is no way to win. The best way to be yourself is to be clear in your language. This sounds easier than it is. That’s because we have adopted verbal habits that we aren’t even aware of consciously, so the first step is to pay attention to what you say:

Read More:  What is depression video

Take out the following words from your vocabulary as much as possible – but, just, perhaps, maybe, kind of, you know. They all prevent you from being clear. We often think we are ‘softening’ up a message by using these words, however, actually we are just being vague and wooly and will be perceived as such.

2. Say what you want

Rather than pointing out all the problems, say what you would like to happen instead. We can be perceived as negative if all we do is focus on the problems and it’s really unclear, especially when giving directions. It’s much clearer to say ‘What I’d like you to do is XYZ’ rather than something vague like ‘You might want to avoid XYZ’

MORE: How to stop addictive behaviour 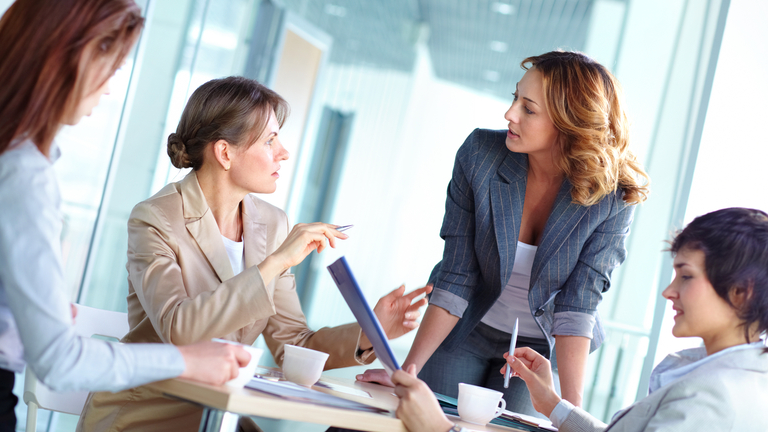 Make sure people know what you would like to happen

3. Be clear about when something is necessary and when there is choice

Use words like need, must, should and have to – only when something is necessary and use word like could, might and possible – only when there is choice. We often have a preference for one and use it all the time, unintentionally causing stress and confusion to those around us. Women can often over use choice words to those more senior to them and over use necessity words to those who work for them – swap over the emphasis.

4. Think about your voice tonality

Women in particular often shy away from using direct language because they think it’s too harsh or not nice, there are ways of being direct and kind. Make sure your voice tonality is appropriate, for example that of curiosity rather than accusatory if you are asking someone to take you through their work. Our tonality gives our words meaning, as we all know there’s ‘I’m fine’ and ‘I’m FINE’ so make sure you are in the correct frame of mind and energy for what you are doing. 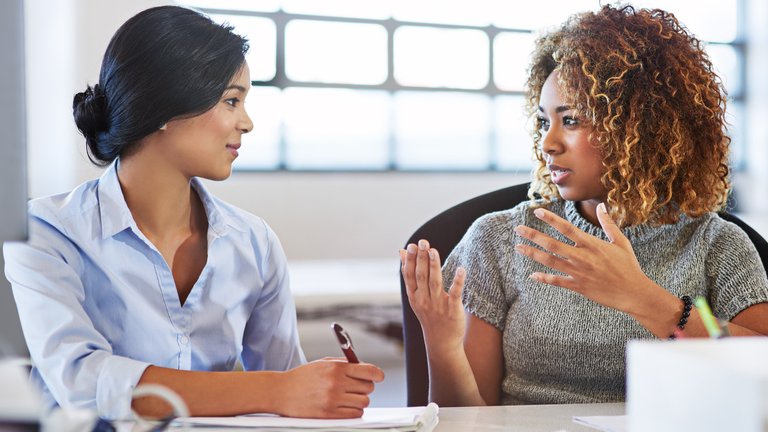 Make sure your voice tonality is appropriate

Take some time to think about who you are and who you want to be.

How do you hold yourself? Enter a room? Say hello to someone? Are you giving off the non-verbal messages you are intending to. There is no rule here, just making sure you are behaving in a way that you intend to. For example, if you run into work looking all hassled and carrying 10 bags with stuff spilling out of them, people are going to take meaning of you from that. This is not good or bad, is it really you though? Do you make an effort to wear clothes that represent you or do you just sling on whatever comes out of the wardrobe? Do you run, walk or sloth along to meetings?

Read More:  'She did everything in her power to live' - Operation Transformation leader pays tribute to her baby who died at just five days old

In life we often take short cuts because we are busy, we don’t often think that the person who going to give you a promotion in 5 years time, is watching you right now. Are you stepping into the identity of the person they want to recruit. Take some time to think about who you are and who you want to be and make a plan.

MORE: What is hygge and how do I do it?

6. Wear clothes that represent you

Do your clothes and look represent you? If not how can you begin to move towards this. This is possible even when there is a dress code, the right colours and accessories really make a statement about who you are. 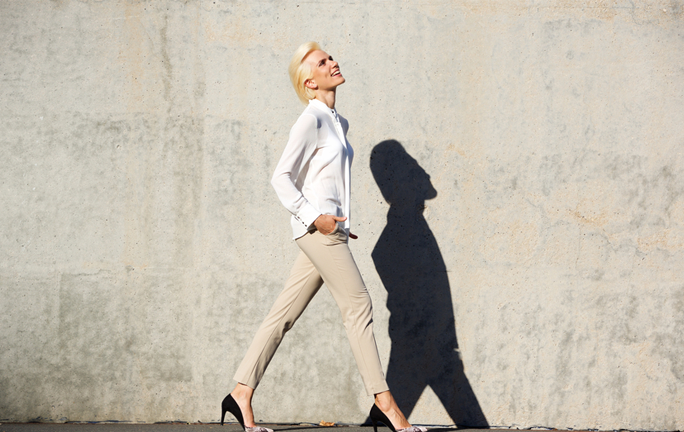 Do your clothes represent you?

7. Make sure your behaviour represents you

If not, how can you begin to enter a room in a way that say’s ‘this is me’. Whether is friendly, chatty and smiley or focused and confidant as long as it’s you.

Are you always rushing around, which could lead people to see you as unapproachable? Or do you always make time for people, which could impact your productivity. You teach people how to treat you all the time with what and who you allow to take up your time. Be mindful of how other’s could perceive your actions in relation to time. If you hang around to chat after a meeting you may think you are building relationships but others may think you don’t have much to do. 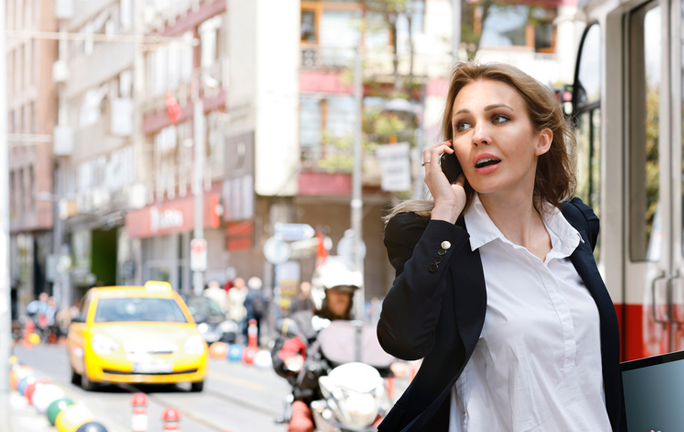 How do you communicate your time?

Sadly women are still judged more harshly than men regarding how they behave under pressure, and this is one where one to one coaching can really help you develop a useful stress response that is not perceived as too aggressive or too weak. The key is to deal with stressors early rather than letting them build up. Problems, particularly with people don’t just go away so find a good strategy for you of addressing them sooner rather than waiting until they escalate. If you are the kind of person who attacks problems head on, then it might be worth going for a more reflective approach and vice versa. Success is usually just a step away from our usual comfort zone.

You don’t need to change everything at once, pick something to start with and go with that. The key is that you begin to say ‘This is me’ with your look, voice, behaviour and words. 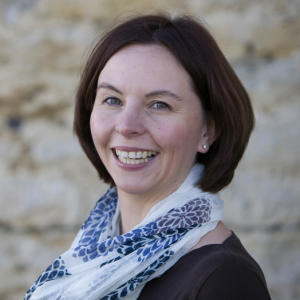 Karen Meager is a training design guru, and holds an MBA specialising in strategy, financial strategy and human development.She is a UKCP Psychotherapist (DipNLPt), a certified NLP Master Trainer and a Principal Practitioner Member of the Association for Business Psychology. She is a recognised Supervisor and runs a supervision practice for Coaches and Therapists of any modality.

Karen Meager and John McLachlan are the authors of Real Leaders for the Real World (£12.99, Panoma Press).

MORE: 10 breakfast bowl recipes to fill you up fast

MORE: How to have a baby on your own