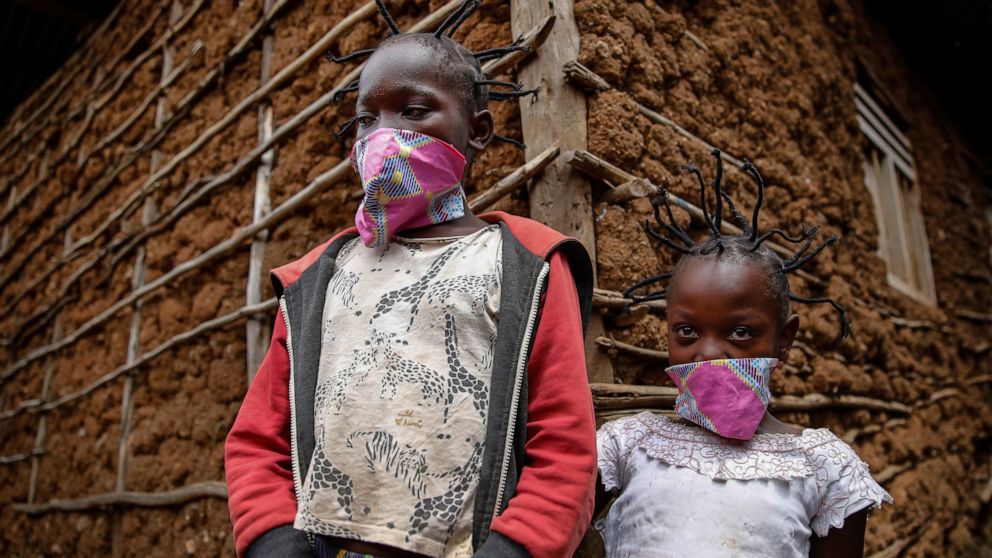 President Donald Trump is confronting cases of the new coronavirus in his own home as he encourages the country to “reopen.”

The White House is requiring everyone who enters the West Wing to wear a mask or face covering after coronavirus scares near President Donald Trump, spotlighting the challenge Trump faces in instilling confidence in a nation reeling from the pandemic.

The directive comes after two known cases of COVID-19 among staffers in one of the most-protected complexes in America sent three of the nation’s top medical experts into quarantine and Vice President Mike Pence into “self-isolation.”

The scare comes as the White House this week is emphasizing to the American people the steps being taken to assure their safety — in hopes that will coax them to resume normal activities.

Here are some of AP’s top stories Monday on the world’s coronavirus pandemic. Follow APNews.com/VirusOutbreak for updates through the day and APNews.com/UnderstandingtheOutbreak for stories explaining some of its complexities.

— The head of the World Health Organization says there are about seven or eight top candidates for a vaccine to combat the coronavirus. Director-General Tedros Adhanom Ghebreyesus did not identify those candidates during a U.N. Economic and Social Council briefing. But Tedros says an accelerated effort is under way despite earlier predictions that it may take 12 to 18 months for a vaccine.

— Another top world health official is warning that countries are essentially driving blind in reopening their economies without setting up strong contact tracing to beat back flare-ups of the coronavirus. Dr. Michael Ryan, the World Health Organization’s emergencies chief, says that robust contact tracing measures adopted by Germany and South Korea provide hope that those countries can detect and stop virus clusters before they get out of control.

— The U.S. Centers for Disease Control and Prevention says New York City’s death toll from the new coronavirus may be thousands of fatalities worse than the official tally kept by the city and state. A CDC analysis says that between mid-March and early May, about 24,000 more people died in the city than researchers would ordinarily expect. That’s about 5,300 more deaths during that period.

— Democrats are making new moves toward a virtual presidential nominating convention this August. Party officials are preparing to grant convention organizers in Milwaukee the authority to design a convention that won’t require delegates to attend in person. The party’s Rules & Bylaws panel will start the process Tuesday with a resolution that grants “maximum flexibility” to the convention organizing committee to set up a gathering that “guarantees every delegate can accomplish their official business without putting their own health at risk.” — By Bill Barrow and Stephen Ohlemacher.

Read More:  What to know about peeing after sex

— The Associated Press has learned that Major League Baseball owners have given the go-ahead to making a proposal to the players’ union that could lead to the coronavirus-delayed season starting around the Fourth of July weekend in ballparks without fans. Spring training would start in early to mid-June, and the All-Star Game, scheduled for Dodger Stadium in Los Angeles on July 14, likely would be called off. — By Ronald Blum.

WHAT YOU NEED TO KNOW:

For most people, the coronavirus causes mild or moderate symptoms, such as fever and cough that clear up in two to three weeks. For some, especially older adults and people with existing health problems, it can cause more severe illness, including pneumonia and death. The vast majority of people recover.

Here are the symptoms of the virus compared with the common flu.

One of the best ways to prevent spread of the virus is washing your hands with soap and water. The U.S. Centers for Disease Control and Prevention recommends first washing with warm or cold water and then lathering soap for 20 seconds to get it on the backs of hands, between fingers and under fingernails before rinsing off.

You should wash your phone, too. Here’s how.

TRACKING THE VIRUS: Drill down and zoom in at the individual county level, and you can access numbers that will show you the situation where you are, and where loved ones or people you’re worried about live.

— 4: For the first time in New York City’s history, the subways stopped running for four hours a day last week. The shutdown between the hours of 1 a.m. and 5 a.m. of the subways in New York’s 472 stations provided time for a cleaning to disinfect trains. It’s a concession that shows how the coronavirus pandemic has seized the gears of New York, one of the world’s hardest-hit cities.

— COMFY IS IN: Since people have spent weeks stuck in isolation, their bodies molded into beds and couches with little to delineate weekends from weekdays, a fashion trend is emerging: Loungewear is comfy, everyday clothing with just a bit of refinement — unfussy and minimal, but pulled together enough for a video conference call with your boss.

— STYLE OF THE TIME: The coronavirus has revived a hairstyle in East Africa, one with braided spikes that echo the virus’s distinctive shape. The style’s growing popularity is in part due to economic hardships linked to virus restrictions. It’s cheap, mothers say.