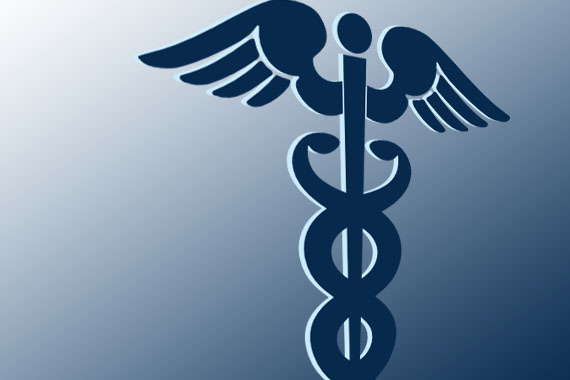 Editorial pages focus on these health care topics and others.

Seattle Times: Forget ‘Trumpcare,’ Time To Shore Up Affordable Care Act
One of the clear messages of the midterm elections was the enthusiasm Americans have for the Affordable Care Act. Now that more people have better access to individual health insurance, they want to keep it. It’s time for Congress to move on from fighting Obamacare and work to improve it. (12/3)

The Hill: Data Proves That Medicaid Needs Work Requirements
Lost in the current debate over imposing “work requirements” for Medicaid eligibility has been how such requirements might actually benefit recipients and what “work-free Medicaid” actually costs them. It is time for states to reassess those true costs and benefits. (Rea S. Hederman Jr. and Andrew J. Kidd, 12/3)

USA Today: Doctors, Providers Must Provide Patients Treatment Cost Information
Going to the doctor in the United States is like dining at a restaurant where the menus don’t list prices. At this restaurant, the chef decides what you should eat, and someone else entirely calculates the bill. The chef is considered an artist unencumbered by financial details so he or she can focus on preparing the best food possible. Yet with no consideration of cost, the chef decisions could result in a surprising and shocking bill that you cannot afford and which potentially goes unpaid, bankrupting the restaurant in the process. (Deb Gordon, 12/3)

Stat: Anomalies Shed Light On Doctors’ Compensation
The term “physician compensation” could be among the top phrases in health care this year. Though it’s always been a hot topic, it got hotter when the Trump administration announced a proposal that would affect nearly 40 percent of Medicare payments. That plan would replace a fee scale that compensated doctors more for seeing sicker patients with a flat-fee model that reimburses them at the same or similar rates regardless of the condition being treated or complexity of the visit. (Halee Fischer-Wright and Todd Evenson, 12/4)

The Hill: There’s A Shortage Of Psychiatrists For Those Most In Need
The shortage of psychiatrists who accept insurance in the United States is a serious problem. Suicide rates are climbing in the U.S. and nearly one in five Americans lives with mental illness. Yet among the 43.4 million people with a mental illness in the U.S., only about 43 percent received treatment in the past year. Psychiatrists not accepting insurance is a major barrier to receiving treatment. (Kelly A. Kyanko and Susan H. Busch, 12/3)

The Washington Post: Technology Will Soon Be Able To Tinker With Who We Are. Are We Ready?
Sometimes the future arrives in waves, advancing abruptly and then withdrawing. Last week, a Chinese researcher named He Jiankui announced that he had successfully altered the genetic code of a pair of twin girls born this month. He said that while they were still embryos, he had edited the babies’ genes to make them resistant to HIV infection, but offered few further details. (Elizabeth Bruenig, 12/3)

The Hill: In The Wake Of The Opioid Epidemic, Let’s Not Forget About Alcohol
Recently, the Journal of the American Medical Association (JAMA) published an article commenting on the United States Preventive Services Task Force (USPSTF) recommendation for a “drinking check-up” for all adults when they visit their primary care doctors. For those who consume alcohol above recommended limits, the task force advised doctors to “provide ‘brief counseling’ to help patients reduce their drinking.” (Sandeep Kapoor, 12/3)

The New York Times: Can We Finally Stop Talking About ‘Male’ And ‘Female’ Brains?
In 17th and 18th century Europe, the rise of egalitarian ideals created the need for a scientific account of women’s inferior status. Thus was born gender biological complementarity — the notion that, as historian of science Londa Schiebinger explains in The Mind Has No Sex, “Women were not to be viewed merely as inferior to men but as fundamentally different from, and thus incomparable to, men.” It has been with us in one way or another, roping in science to explain the gender status quo, ever since. (Daphna Joel and Cordelia Fine, 12/3)

Sacramento Bee: California Must Improve Conditions For The Workers Who Help Prevent Fires
California’s latest mega-fire disasters have refocused attention on the state’s challenge of the future: how to manage forests and scrubland so wildfires will be less frequent and catastrophic. But often missing from the discussion are the underpaid, marginalized laborers who make up much of the state’s wildlands management workforce. The work of thinning forests, clearing brush, replanting timberland and restoring ecosystems involves backbreaking work with chainsaws and other tools. These jobs typically come with low pay, dangerous work conditions, no job security, little labor law enforcement and scarce training for increasingly complex tasks. (Collier and Wilmsen, 11/27)