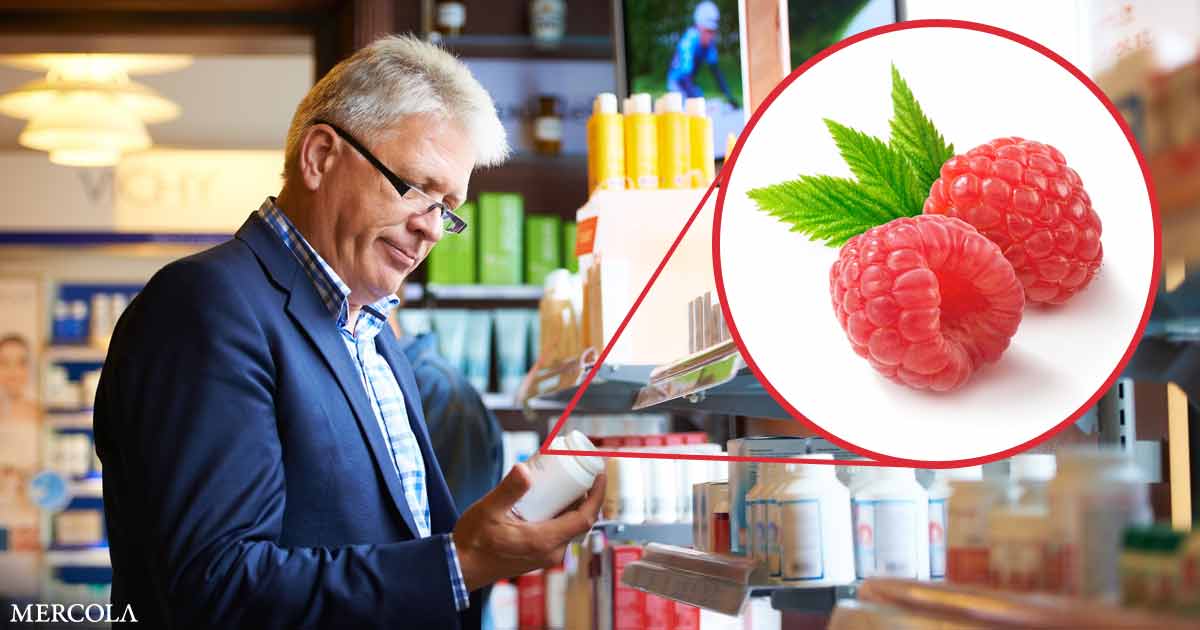 Raspberry ketone is a weight loss supplement that has been banned in the U.K. for several years. According to the British newspaper Express, the Food Standards Agency (FSA) banned raspberry ketone and classified it as a novel food, which means the product does not have a significant history of public consumption or one that is produced in a way that has not previously been used for food.1

Yet, many are still falling for its purported benefits, believing it is the “solution” to help them achieve their fitness goals. Here’s why you should exercise caution before trying raspberry ketone.

What is raspberry ketone and where does it come from?

Essentially, raspberry ketone or 4-(4-hydroxyphenyl) butan-2-one2 is a compound found in red raspberries that gives them their color and aroma. According to a study published in 2008, raspberry ketone molecules have a similar structure to capsaicin,3 a compound that causes the spiciness of peppers.

Research shows that capsaicin may help manage weight by controlling the appetite.4 This discovery may have given companies the idea that raspberry ketone may help lose weight as well. However, as you’ll discover later, this claim is unsound.

Additionally, raspberry ketone is used as a flavoring agent in the food industry, and happens to be one of the most expensive ones — its price can reach up to $ 20,000 per kilogram (35.2 ounces).5 Raspberry ketone supplements, on the other hand, are synthetically produced in a laboratory environment to help reduce costs.6

Clinical studies do not support the popular claims

Human studies about raspberry ketone are nonexistent, which puts the benefits of the product in a very questionable light. According to a report from Live Science, Catherine Ulbricht, senior pharmacist at Massachusetts General Hospital in Boston, research on raspberry ketone has been performed on mice only.7 Even then, the results weren’t exactly promising.

In a study published in the Journal of Medicinal Food, rats that were fed raspberry ketones had increased adiponectin levels that helped protect against developing fatty livers. However, the main issue here is that the researchers needed to administer extremely high doses to achieve this effect — something that you would not want to do to your own body just to get this benefit.8

In another study, a group of mice was fed a high-fat diet that caused them to gain weight. One group was given raspberry ketone, while the other group did not receive any supplement. By the end of the study, the mice in the ketone group weighed 50 grams, while the remaining mice weighed 55 grams. Note that this study didn’t highlight any weight loss capabilities in raspberry ketone at all — they just gained less weight than expected.9

The side effects of raspberry ketone

As for side effects, no one really knows raspberry ketone’s long-term impact on a person’s health.10 Even the National Institutes of Health cannot confirm its safety for human consumption.11

Remember: Weight loss products are not a ‘miracle cure’

Weight loss supplements tarnish the reputation of the supplement industry because manufacturers are producing them not to support a healthy lifestyle, but to sell product. Essentially, people are buying them to reach their weight goals without the need to exercise and eat healthy.

They want to maintain their current lifestyle and hope that by taking these supplements, the excess fat will disappear, as if by magic. But the thing is, there is no “magic bullet” pill that will make you lose weight.12

What’s worse is that these weight loss pills could have unforeseen and potentially dangerous effects. According to a study published in the World Journal of Gastroenterology, these products “often contain powerful pharmacoactive ingredients with the potential to cause harm.”13

Instead of using raspberry ketone, try the ketogenic diet

There is no single product that can magically help you lose weight while allowing you to maintain the lifestyle you want. Proper weight management comes by steering your life into a healthier direction by initiating positive lifestyle changes, and one effective example you can try is the ketogenic diet.

In the ketogenic diet, the bulk of the foods you consume is composed of healthy fats, along with moderate amounts of protein and minimal carbohydrates. Dietary fats are far superior to carbohydrates as a source of fuel because they’re “cleaner,” which means they leave fewer reactive oxygen species (ROS) and secondary free radicals. Sugar, on the other hand, can lead to inflammation and weight gain. Overall, the ketogenic diet may help:

There are many foods rich in healthy fats that you can choose from, even if you’re a picky eater. Here are a few examples to get you started:

Once your body becomes accustomed to using fat as its main source of fuel, you enter into nutritional ketosis and you will experience the benefits mentioned above. Go ahead and give the ketogenic diet a try — it’s something that most people can definitely benefit from compared to weight loss supplements that practically do nothing and only exist to drain your wallet.

A: Similar to most supplements, raspberry ketone comes in pill form.14

Q: What is raspberry ketone good for?

A: Purportedly, raspberry ketone is manufactured to help lose weight. However, existing studies do not support this claim.16

Q: How does raspberry ketone work in the body?

A: It is believed that raspberry ketone facilitates weight loss by increasing your body’s adiponectin levels, a hormone that may burn fat.17