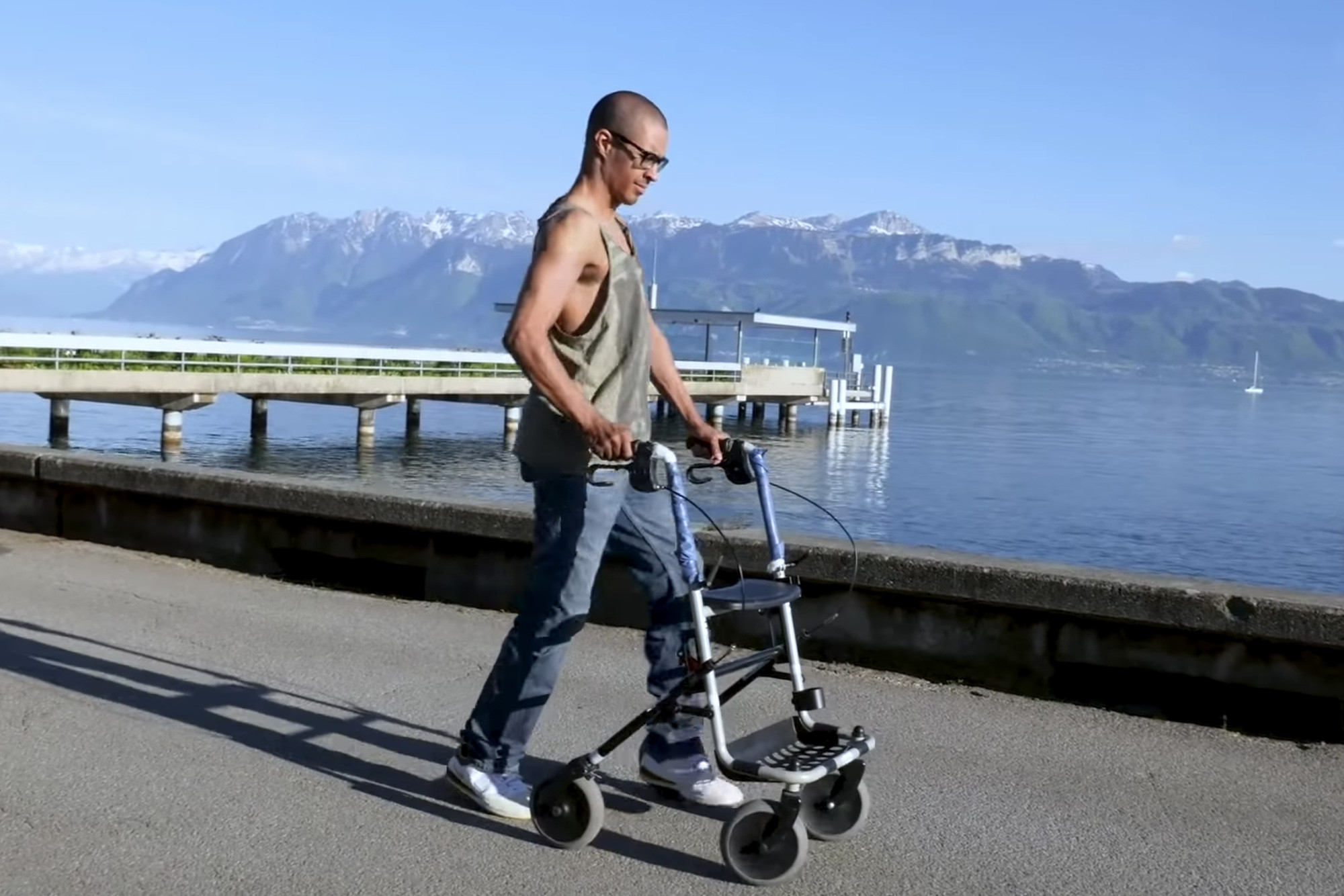 That’s one giant leap for humankind.

A paralyzed man is back on his feet thanks to a newly developed spinal cord implant.

The groundbreaking technology, called epidural electrical stimulation, fills the gaps in damaged spines and revives the ability to translate neural messages from the brain to the spine, according to research published Wednesday in the journal Nature.

One of three trial patients, David M’zee, 30, is able to walk about a half-mile with his device turned on, and about eight steps when it’s off.

M’zee was previously told by doctors he would never walk again.

Two other paraplegics who received the implant are also able to move their legs, to varying degrees, and their prognosis is promising.

In a video published by the Swiss research institute École Polytechnique Fédérale de Lausanne, lead researcher Grégoire Courtine says that his team studied technology that “allows us to stimulate the spinal cord as the brain would naturally.”

In addition to helping paralyzed people regain their ability to move, the device is also regenerating damaged nerve cells in the spine, the BBC reports.