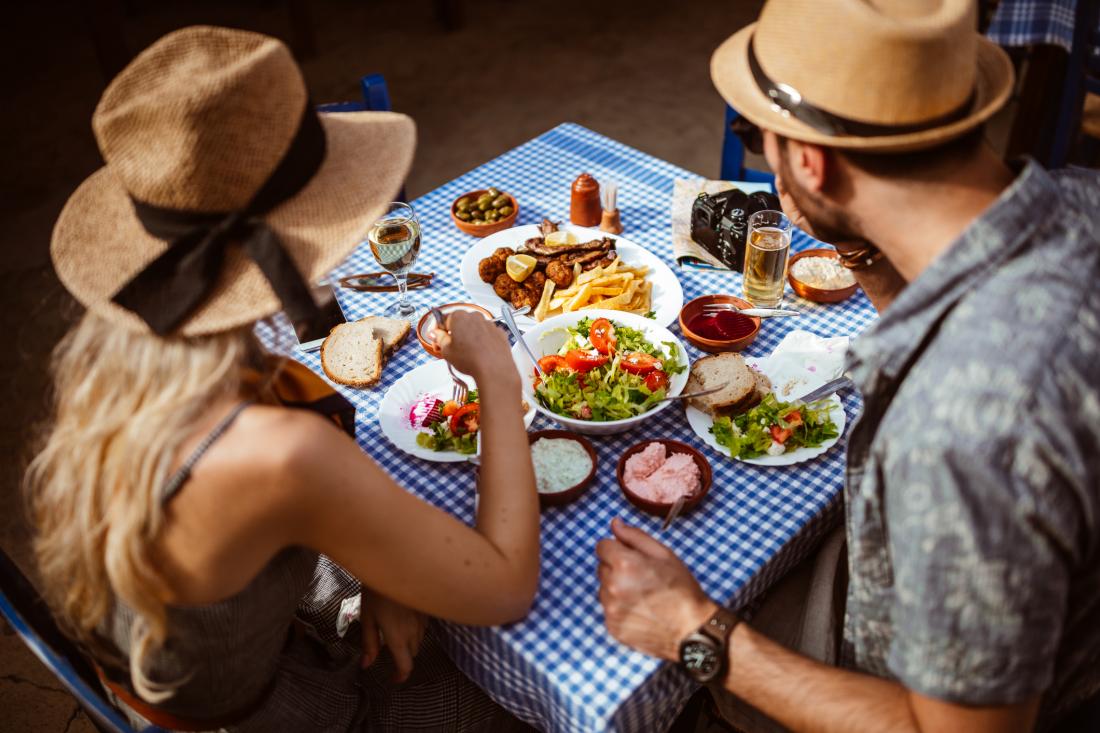 More good news for advocates of the Mediterranean diet.

Inspired by the traditional eating patterns of people from Greece, Italy, and Spain, the Mediterranean diet can seemingly do no wrong.

In a nutshell, the diet is rich in plants and olive oil but low in meat and sugary products.

Over the years, studies have concluded that this eating pattern lowers the risk of various health issues, including coronary heart disease and stroke.

Studies have even concluded that the Mediterranean diet might extend lifespan in older adults as well as reduce the risk of Parkinson’s and Alzheimer’s.

Evidence is mounting for its health benefits, but scientists still do not know exactly how these benefits come about.

A new study published in JAMA Network Open asks the following question: “Is the Mediterranean diet […] associated with lower risk of cardiovascular disease (CVD) events in a [United States] population, and, if so, what are the underlying mechanisms?”

As corresponding study author Dr. Samia Mora explains, “While prior studies have shown benefit for the Mediterranean diet on reducing cardiovascular events and improving cardiovascular risk factors, it has been a black box regarding the extent to which improvements in known and novel risk factors contribute to these effects.”

Read More:  Can you take a vitamin at night

In all, they had access to the health records and dietary habits of 25,994 women, all of whom were healthy at the start of the study. The researchers followed them for a maximum of 12 years.

The researchers measured the levels of 40 biomarkers, including lipids, inflammation, glucose metabolism, and lipoproteins. They split the participants into three groups — low, middle, and upper intake — depending on how strictly they adhered to the Mediterranean diet.

They were particularly interested in cardiovascular events, such as stroke and heart attack. They found that:

This marks the first long-term study in a U.S. population to explore the impact of the Mediterranean diet on CVD. The authors conclude:

The authors also note that this effect size is equivalent to that present in people who take statins, which are common drugs that doctors prescribe to lower cardiovascular risk.

Next, they dived into the metabolic data to see if they could find any patterns. They discovered that variation in metabolites related to inflammation accounted for 29 percent of the reduction in CVD risk.

The team also noted relationships between a number of other metabolites, including lipids, but these were less pronounced.

Dr. Mora says, “In this large study, we found that modest differences in biomarkers contributed in a multifactorial way to this cardiovascular benefit that was seen over the long-term.”

Once again, the Mediterranean eating pattern seems to have come up trumps; and now we know that its benefits are most likely due to the way it interacts with inflammation pathways, glucose metabolism, and insulin resistance.

Of course, there are some limitations to the study. For instance, as the authors explain, CVD risk could have been influenced by as-yet-unknown metabolic factors that the scientists did not measure in this study.

Also, the dietary information that they analyzed relied on the participants keeping a food diary, which comes with a potential for human error. However, the size of this study and the detailed information about biomarkers make this a relatively reliable research endeavor.

As evidence in favor of the Mediterranean diet mounts, its popularity is sure to continue climbing.