French author Francois De La Rochefoucauld once wrote, “It is with an old love as it is with old age: a man lives to all the miseries but is dead to all the pleasures.” That sentiment matches the belief many of us embraced growing up—that young love oozes with romance and joy, but over the years, life and passion leave the relationship. The archetype of the bickering, resigned, passionless older married couple is firmly placed in the collective imagination.

Ah! But recent studies have investigated what actually happens to relationships over time, and it turns out that in most cases, marriages actually get better, but only after lots of time.  Recent research out of the University of California, Berkeley, found that couples married longer than 35 years were more tender and caring with each other than those married for shorter time periods. The study followed 87 couples who were divided into two groups: those aged 40 to 50 and married at least 15 years, and those 60 to 70 married at least 35 years.  Over a 13-year period, each of the couples underwent three sessions in which they were asked to discuss an area of disagreement in their marriage for 15 minutes. The researchers videotaped the conversations and then observed and measured emotional behavior during the sessions using something called the Specific Affect Coding System (SPAFF). The SPAFF is administered by observing signs of anger, belligerence, affection, sadness, and so on by looking for specific facial indicators (raised eyebrows, wrinkled nose, stretched lips, etc.), body language, and verbal cues.

Read More:  What red wine is good for cholesterol

The researchers found that the longer the couple had been together and the older they got, the less that negative behaviors such as belligerence, fear, defensiveness, whining, and tension showed up in their conversations. Conversely, the longer the couples had been together, the more they showed kindness, humor, enthusiasm, and validation to each other, even while discussing contentious issues. 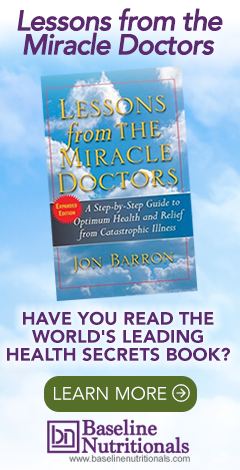 “In particular, the spouses exhibited more humor and affection and cut back on the amount of criticism and defensiveness they showed earlier in their marriage,” concludes Dr. Robert Levenson, one of the study’s senior authors. “Despite experiencing the loss of friends and family, older people in stable marriages are relatively happy and experience low rates of depression and anxiety. Marriage has been good for their mental health.”

Meanwhile, several concurrent studies out of Penn State and Brigham Young Universities also found that marriages improve—again, with lots of time. One study followed 1617 married individuals from 1980 to 2000. The findings determined that marital happiness gradually declined over the first 20 years after tying the knot. The couples spent increasingly less time together over the first 20 years. But with enough time, when the couples made it past 20 years, happiness in the relationship stabilized. And then, after 25 years, the couples reported fewer problems and spent more time doing things together. By 40 years, they spent as much time together as they did during their first year of marriage.

Study director Dr. Paul Amato of Penn State said, “…when couples stick together through difficult times, remain faithful to one another, and actively work to resolve problems, positive long-term outcomes (while not guaranteed) are common. Our research shows that positive outcomes for couples in long-term marriages are the norm. Contrary to what many people think, marital quality does not inevitably decline—it tends to remain high or even improve over the decades.”

Likewise, a poll by Starts at 60 found that 64-percent of the respondents said they were happier in their long-term relationship than they were when they started dating. The respondents cited increased financial stability and greater intimacy when they got older as factors and generally reported better sex in later years than at the start of the relationship. The 36 percent who became unhappier as the relationship progressed blamed illness, a cheating spouse, or empty-nest syndrome.

Of course, it needs to be pointed out that these studies all focus on couples who stayed together. Considering that about half of all marriages split up within 20 years, those left for the long-term studies probably got along better to begin with. In any case, there are major benefits for couples that are inclined to grow old together. In general, marriage benefits health, as we’ve written before. Married people have less incidence of cancer, heart attacks, pneumonia, dementia, and surgery of any kind. On the other hand, where there’s lots of conflict, the relationship can be worse for health than smoking.

The bottom line is that a difficult patch at year eight or even 18 doesn’t mean the relationship is doomed. The key is to get help when problems arise, even if those problems aren’t dramatic. Studies show that infidelity borne of boredom is one of the principal factors that leads to divorce. If you can hang in there through the boredom, the conflicts (as long as they’re not so intense as to undermine trust or health), and the disappointments, it just may pay off in the long run.

Read More:  Well: A Doctor on Schedule, Rarely on Time