If your blood pressure is elevated, it’s certainly in your best interest to do what you can to bring it down to the normal range. That will lower your risk of having a heart attack or stroke, as well as prevent you from having your doctor prescribe drugs that can cause dizziness, headaches, fatigue, and more. And if you’ve got stress at work (who doesn’t these days) and poor quality sleep, it’s even more necessary to reduce that high blood pressure because, according to new research, having all three together just might be deadly.

The study, which was conducted at the Technical University of Munich in Germany, found that hypertension, a stressful job, and insufficient sleep is a combination that may increase the likelihood of dying prematurely from heart disease. These results are based on an investigation that included nearly 2,000 working men and women who had been diagnosed with high blood pressure after following them for an average of almost 18 years.

Those who said that their jobs were stressful and that they generally got poor sleep seem to have a trifecta that did not bode well for their future. In fact, the numbers added up after almost two decades to show that their risk of dying from heart-related causes was triple that of their peers who had hypertension but didn’t experience sleep problems or work stress.

If this sounds familiar and these are all issues you have, now is the time to take action. Each of these problems can be potentially dangerous on their own, but since their combination may trigger an earlier occurrence of cardiovascular damage, it is smart to deal with them sooner rather than later. 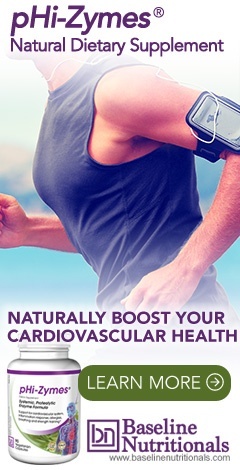 Is sleep difficult for you? Getting an adequate amount of restful sleep is essential to good health, and lack of it has been linked to weight gain and a decline in kidney function. Try to pinpoint what’s keeping you awake at night. A good place to start is by looking at your caffeine consumption. Drinking coffee and other caffeinated beverages after 3 pm can make it much tougher to fall asleep. And if you find you’re anxious about all the things you’ve got to accomplish the next day, write them down. Making a simple list at bedtime has been shown to promote better sleep.

Another potential reason for your sleep issues could be too much screen time close to bed. The blue light emitted by your devices can affect melatonin production, essentially telling your body that it’s not really bedtime when it is. Change up your routine to shut the television, put away your cell phone, and leave your laptop in another room in favor of a warm bath and a good book (as long as it’s not on a Kindle). And if all of these things prove impossible for you, then get yourself a pair of blue light blocking TV glasses.

If stress at work is a problem for you, you’re hardly alone as most everyone experiences this on occasion. But if yours feels overwhelming lately, find ways to get some relief. High-energy workouts like running and kickboxing release feel-good endorphins that put you in a better mood and lower stress levels. Calming activities such as meditation can help you refocus and alleviate your stress. And sometimes just talking about the situation with a close friend or relative will make you feel better as you’re no longer keeping your frustration bottled up inside. Plus, someone outside of work might even provide a good perspective that can ease your mind.

As for high blood pressure, if you’ve got readings of 130 over 80 or higher, start reading food labels carefully to find sources of dietary sodium and limit your intake. You might be surprised by some of the items you think of as relatively healthy that include large amounts of refined sodium among their ingredients, like breakfast cereals, canned vegetables, and breads. And keep in mind that refined salt, the kind added to almost all processed foods, behaves very differently in your body than unrefined sea or Himalayan salt. Also, as Jon Barron points out, potassium neutralizes the negative effects of sodium. The more potassium you have in your diet, the more sodium you can have without any negative health consequences. Not surprisingly, natural sources of unrefined salt contain potassium; whereas refined salt does not. Finally, adding foods to your daily diet that have been found to reduce blood pressure, such as walnuts and blueberries, can help make your hypertension a thing of the past.

And one final note about the study: there’s some really good news buried in it. Yes, stress, lack of sleep, and high blood pressure are all unhealthy things, and, in an ideal world, you should address all of them. But that can seem overwhelming. The good news is that if you successfully address just one of them, you cut your risk of dying prematurely from heart disease by 2/3. So, take your pick, whichever is easiest for you, and go for it.